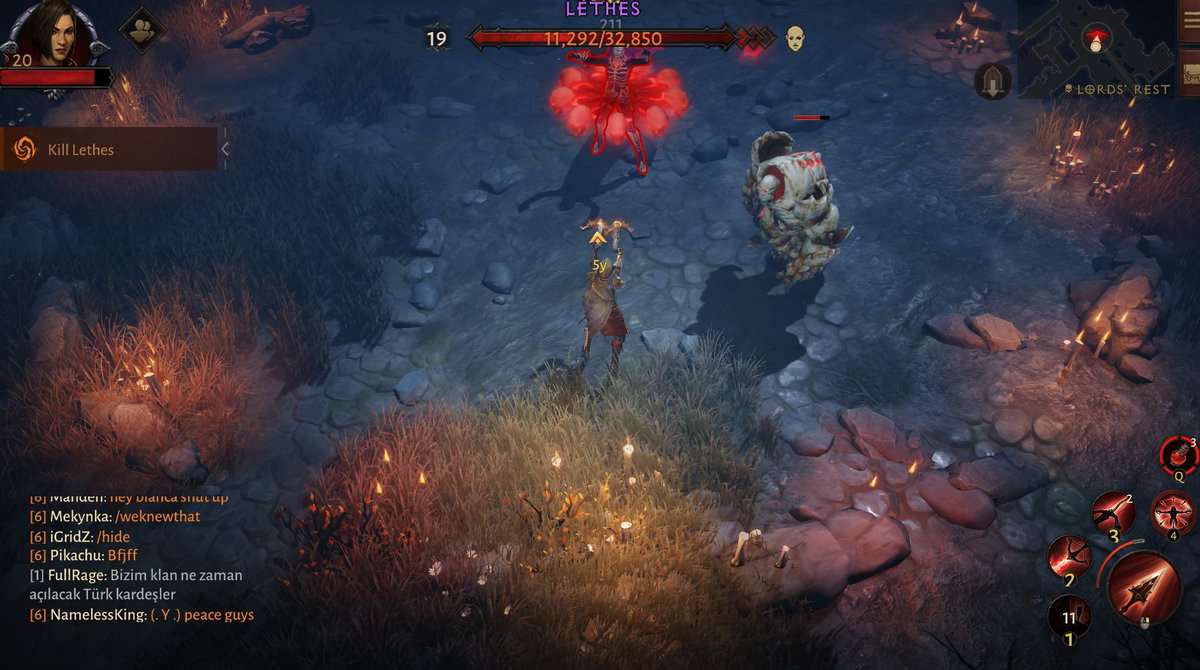 Each Zone in Diablo Immortal comes with its own unique timed events which involve players completing a number of tasks for reward.

In this Diablo Immortal guide, we will be focusing on Lost Artifacts Zone Event, what it is, where is it located, how to complete it, and what you gain after successfully completing the event.

How To Start The Lost Artifacts Event In Diablo Immortal

To start the event, you will need to travel to the Shassar Sea and start taking down mobs of enemies. Any random enemy will drop a Mysterious Scroll upon death which you can collect.

Keep in mind that you can only keep one Mysterious Scroll in your inventory at a time and to collect another one, you will need to completely dig out the area marked on the map.

Once you have found the Mysterious Scroll and traveled to the specified location, you will see Ancient Urns, all over the area. To easily carry out your search it is recommended to first clear out all the mobs in the area.

There will only be one real Ancient Urn which will, upon opening, spawn Calim. Calim will come and collect the Artifact that you have discovered. Once you are done with that, you can travel to Tabri’s Encampment Waypoint where you can talk to Calim to claim your reward.

The reward for completing this event will be a treasure chest containing 6x Enchanted Dust along with various items of varying rarity.

You can again go back to Shassar Sea and look for another Mysterious Scroll and do the whole thing over again.

Due to the Mysterious Scrolls’ low drop rate, the chances of receiving Mysterious Scrolls as a drop are greatly reduced. This makes it even harder to find them, along with other reasons which include the maximum carrying capacity and the locations where you can find them.

Another location where you can farm Mysterious Scrolls is the Ruins of the Greater Fahira. There are a large number of Bandits that spawn here, which you can defeat to increase your chances of getting the Mysterious Scroll.

Unfortunately, Diablo Immortal’s Lost Artifacts Event is bugged for the moment. Many players have reported a case where they were unable to find the Ancient Urns upon arriving at the location denoted by the map.

Considering this news, you might want to hold on to participating in this Event for the moment, until it’s fixed, that is.