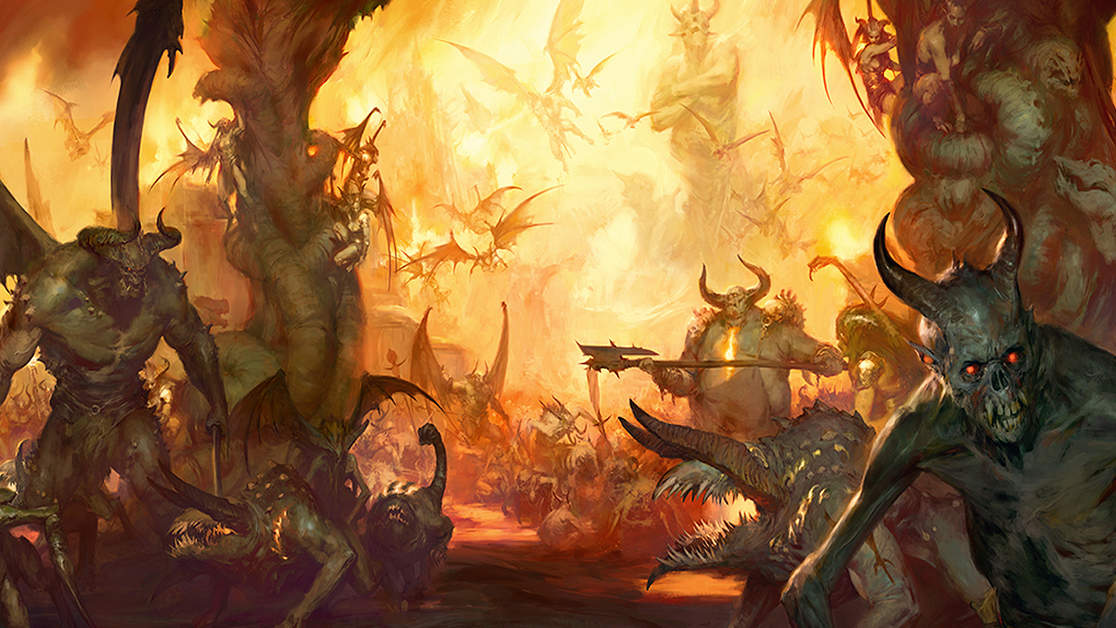 Blizzard Entertainment will apparently be revealing a brand new Diablo 4 class at BlizzConline which incidentally was already speculated as much.

While posting the latest quarterly development update earlier today, game director Luis Barriga teased that the next Diablo 4 update will take place during BlizzConline and feature “something chunky.” He also added that the surprise “involves a new version of the campfire scene.”

We’ve read speculation about what it [update] could be and want to ensure you that it is something chunky indeed. Without spoiling the surprise, let’s just say it involves a new version of the campfire scene we showed you last BlizzCon.

The campfire scene being referenced here is the class selection screen where players choose their desire class from around a campire. Blizzard has already revealed three classes so far: the barbarian, sorceress, and druid. Diablo 4 will however have five classes in total at release.

There have been several theories around the remaining two classes but the part about the update being “chunky” might be a tease for either the Paladin or the Amazon class. Diablo 4 may possible also add from the Necromancer, Monk and Assassin classes in the end. Blizzard might even choose to create new hybrid classes as part of a post-release content roadmap.

COVID-19 forced Blizzard to cancel BlizzCon 2020 which was supposed to take place before the holidays. BlizzConline was then decided upon as a replacement and which has been scheduled for February 19 – 20 in 2021. The “virtual celebration” will be free to stream and feature all of the flagship games under the Blizzard Entertainment banner.

Diablo 4 remains in development and without a release window. Accounting for the past few quarterly updates, a lot more work still needs to be done. Early speculations are pinning a release somewhere around 2023 at the earliest or 2024 as the safest bet. Expect a cross-generation release across both the last- and current-generation consoles and PC.