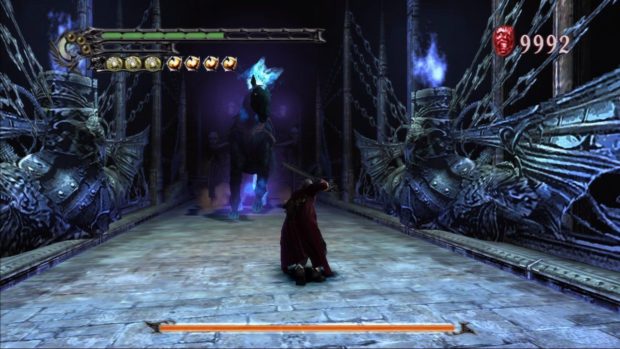 The development of Devil May Cry 5 is reaching its end and the recent E3 2018 conference has left the fans in a lot of excitement. To be honest, after seeing the game at the conference, one thing was pretty darn sure that, this game is definitely going to be amazing. Now the information that makes this game, even more, interesting and perhaps fascinating is that fact, that this game has been given a PG rating of 18+.

Not sure, if you are aware or not but this is the first game in the Devil May Cry series, to get a rating that reaches the age limit for 18. This fifth installment to the famous game series by Capcom, when rolls out, will be the first of its kind in the series to be awarded with the 18+ age rating in Europe.

So this has had many thinking, that what does it mean? Does the game feature such elements, that are not suitable for younger players? We came to know of this rating when the various game stores in Europe, revealed the final design cover of the game, which also revealed the age classification.

Based on what we know so far about the Devil May Cry series, one thing is for sure that with this rating into context, the Devil May Cry 5 will definitely be more bloody and violent than the usual Devil May Cry games. So perhaps it would be better suited, for an adult audience.

Hopefully, we will know more about the major reason for high adult rating, soon enough. That said, Devil May Cry 5 development seems to be reaching its end, the recent issue of Famitsu magazine confirmed that more than 75% development of the game, has been completed. Also provided the given rating of the game, it only prepares the fans for the violence that is to come.

Are you excited for the game? What are your thoughts on the 18+ rating? Let us know in the comments below.