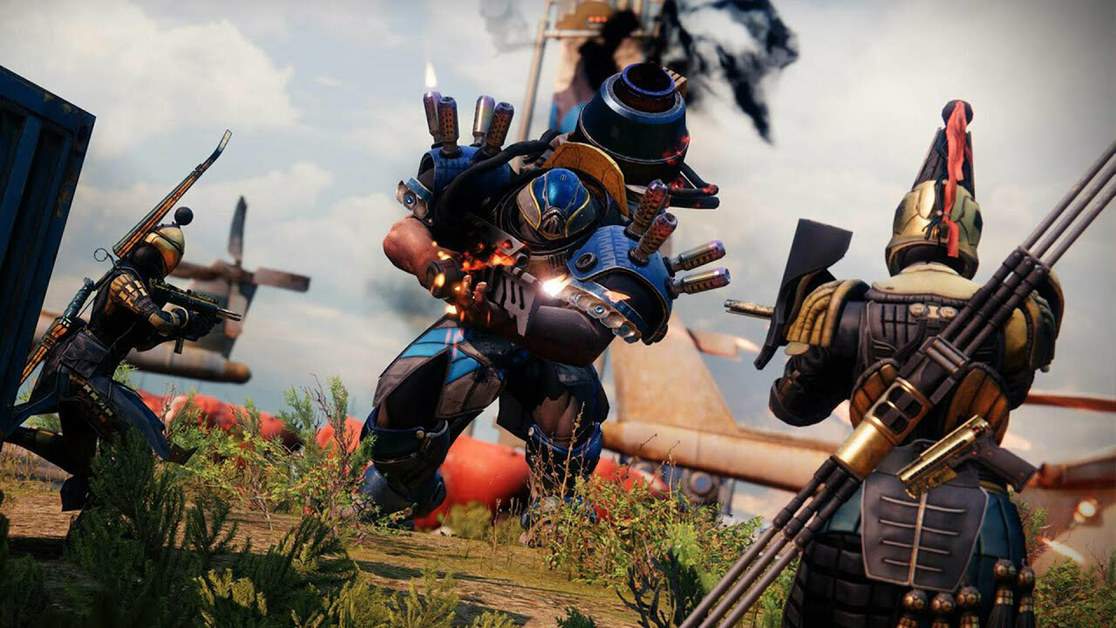 Destiny 2 Season of the Chosen Battlegrounds

Battlegrounds is a much-awaited game mode in the Season of the Chosen in Destiny 2.

These NPCs have been sent by the Empress Caiatl of the Cabal. She has sent an entire army to put you down.

Little does she know that you’re coming with a little army of your own as well.

You’ll be facing the enemies in teams of three. The best part about it is that you don’t have to go on a hunt for teammates, and the game will do that for you through auto matchmaking.

The battlegrounds are spread across the map, and to initiate the battles you’ll have to travel to that particular point of the map and the matchmaking will begin.

There’ll be a total of 4 battlegrounds available eventually through the season. For now, there are only 2 of them available.

At the moment you can play Behemoth and Hailstone, whereas Cleansing and Oracle will be made available later during the month on the 16th and 23rd of February, respectively.

You can also record your progress in battlegrounds by upgrading your Hammer of Proving.

Unfortunately, only the players having the Season Pass can access and play the battlegrounds. Others will only get to play a demo version and that too for a limited time.

Battlegrounds
The battlegrounds, for the time being, can only be played in a certain order. At first, you’ll have to complete Behemoth and then access H.E.L.M. Only then you’ll be able to play Hailstone.

The Behemoth Battleground is located in the Arcadian Valley on Nessus. When you jump into the battlefield, you’ll be bombarded with the Cabal forces.

While you’re focused on the ground forces don’t forget to check the skies every now and then. There’ll be several ships up there thirsty for your bullets.

Throughout the fight try maintaining a higher ground as it would be easier for you to spot the enemies and shoot at them.

If the region gets too crowded with the enemies, use your Winter’s Wrath to clear the area.

Also, keep an eye on your teammates as well since they can be revived once they have fallen.

Once the area has been cleared, access the codes and head over to the next battlefield.

Here you’ll have to defeat some of the Cabal forces to retrieve a bomb or a power cell to destroy Arrays.

Once you have the bomb, get to destroying the Arrays. There are three of them in the vicinity and each of them requires a power cell to be destroyed.

Luckily there are also a few crates of heavy ammo lying around to help you refuel and push a few more Cabal forces into their graves to get more power cells.

Towards the end of the fight, Commander Dracus will spawn. His health bar is divided into three segments and after every segment that falls, he’ll send a champion to fight you.

While the champion is holding his ground, you won’t be able to do any damage to Commander Dracus. Therefore, you’ll need to defeat the champion first before turning to the big boss again.

After defeating Commander Dracus you would’ve conquered the first battleground of the season and you would be rewarded with the Bell of Conquest artifact.

This battleground is located at the center of Europa. The quest is quite similar to the previous one.

You’ll be required to defeat Cabal forces and detonate Shield Relays. Once you’ve detonated all three Shield Relays, head over to the next battlefield and take down the enemy defense.

To do so, you’ll have to defeat all of the enemies in the region and then make your way to the next battlefield.

Eventually, you’ll be tasked to pursue Basilius the Gollem and fight him. You’ll face several other enemies on your way, but it is up to you if you want to fight them or simply just save your energy for the big fight and escape.

Defeat the boss to emerge a victor in this battleground.