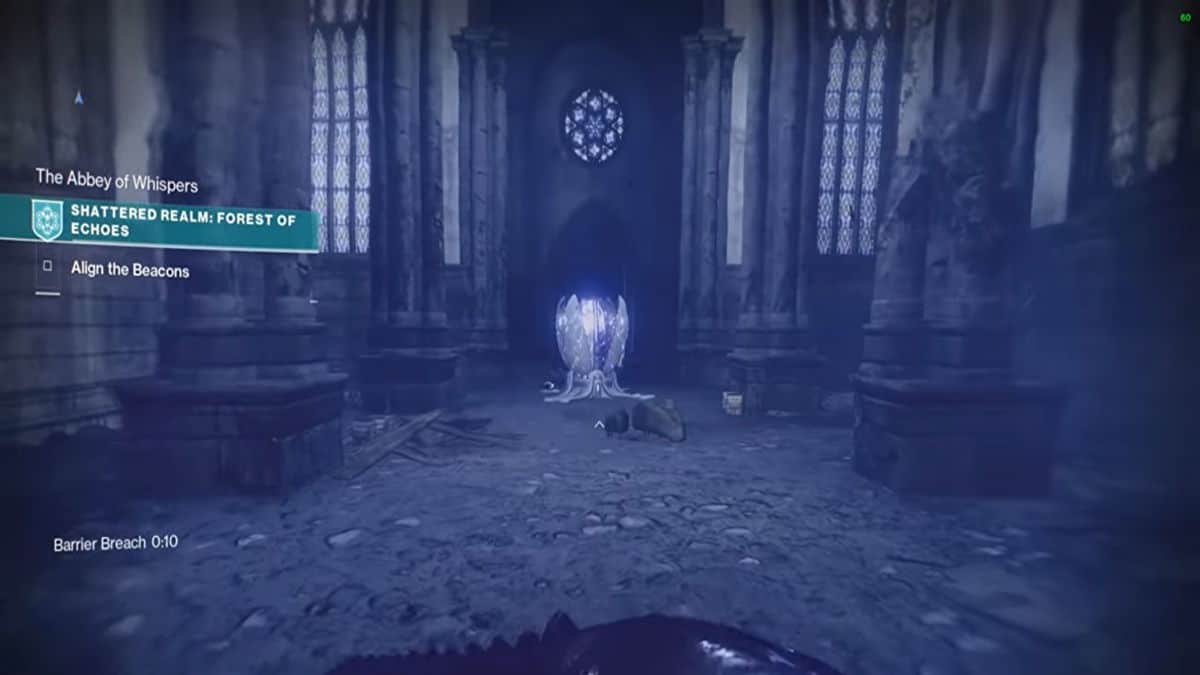 Today, we will be helping you uncover all of the Trivial Mysteries in the Forest of Echoes of Destiny 2 Season of the Lost.

There are a total of 10 Trivial Mysteries to be found in the Forest of Echoes, and we will be making sure that you breeze through the forest without any hassle and locate all of them.

They are not hidden particularly hidden, so this should not be difficult for you as long as you have visited the forest before and have a general idea of its layout.

You will need a few abilities and exotics before entering the forest to collect these Mysteries. For this task, you will be needing the following:

After acquiring these, you need to clear both of the beacons in the forest and then head back to the starting point. That’s where we will start guiding you.

After returning to the starting point, you need to head right and invoke True Sight. This will allow you to jump across the huge gap by stepping on the emerging platforms. You will reach a circular stone platform with enemies. Deal with them and loot the chest to uncover the mystery.

The second mystery is located underground, in the collapsed tunnels. Just keep running until you reach some debris where the artifact relic is sitting. This mystery chest is also sitting in the same area.

Take the next right to reach the end of the tunnel and invoke Barrier Breach to exit the tunnels. Then take a right and jump across the platforms until you can see the mausoleum entrance on the right. Go inside and clear out the enemies to loot the chest.

There is a destroyed house just above the mausoleum. Go to the house and enter through the roof to go inside. Invoke the Barrier Breach to pass through the barrier and loot the mystery chest in front of you.

Now, go outside and take a left to invoke True Sight. Then start making your way across by jumping on the platforms. Keep jumping across until you reach a small stone platform with another True Sight invoker and the Airwalk mystery chest.

After collecting the chest, invoke true sight again and keep moving forward until you reach the end. Then, drop down and invoke Barrier Breach on the right side. Look left. You should be able to spot a passable barrier on the left-most wall. Go through it and collect the chest from the big platform below.

This next one is in the middle of the forest. You should be able to spot a white house in the middle. There is a Barrier Breach next to it, and invoking that will let you pass through and collect the chest.

Go to the upper portion of the forest and then jump down from the cliff to reach a platform. Invoke True Sight and jump down on the right side to move around the cliff until you can see a path carved into the left side of the cliff. You need to trigger the Barrier Breach and move inside to collect the mystery chest.

Invoke the next barrier breach and exit from the other side. Now, take a left and keep running until you reach a room on the left side with a few enemies guarding the chest. Kill em all and collect the loot.

The final trivial mystery can be located near the Born of Darkness Ascendant Mystery. You will have to venture into the caverns and look for the loot chest in the middle area. Clear out any enemies you encounter along the way. You will come across a Barrier Breach in the center. Invoke it and cross the barrier on the left to loot the chest.