Destiny 2 Crucible Guide – Everything You Need to Know, Maps, Modes, Tips and Strategies 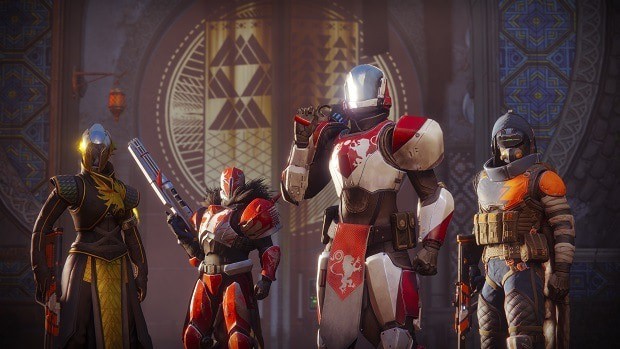 This Destiny 2 Crucible Guide PVP Guide will get you acquainted with all the new Crucible changes such as the HUD, Countdown and all the other interesting stuff that came with the new PvP. We will also provide you with valuable tips and tricks to succeed and outwit your opponents in the various modes. Before you read this guide you should read the changelog of the update to get yourself on par with the new netcode and how it works.

In our Destiny 2 Crucible PVP Guide, we have detailed everything you need to know about the PVP space in Destiny 2.

4v4 is the standard across all game modes in Destiny 2 Crucible changes along with indicators on when opponent’s Super is ready. The Countdown is a new mode which has been added which relies on an attack vs defense module. Power weapons have limited ammo which can be collected at various points spread across the map.

There are also infrastructure changes to make the PvP more accessible but harder to master and netcode changes which will cause fewer breaks between the game and less frustration for the players.

Most of the details about these maps have not been released so keep an eye out as we update this guide regularly as we are made aware of further details.

Midtown
The map that was shown at the gameplay reveal. This is a solid map which allows for both fast and slow paced gameplay to accommodate various strategies.

Retribution
This is a PS4 exclusive map until Fall 2018 at the very least. Not a lot of details have been released about this map so keep an eye out for updates.

Endless Vale
This is the first map which uses the new Control Game mode and is set on the planet Nessus, a lot of tight corridors and large open spaces are mixed into the fray to make this a very exciting and thrilling map.

Vostok
The First Destiny had the map Iron Temple social space and this map is a rework of that so the original Destiny players should feel right at home.

Altar of Flame
This is the first map in the franchise which is set on Mercury and will be used to showcase the new Survival game mode.

Once again some of the modes have not yet been shared with us. We will relay them to you at our earliest possible convenience.

Countdown
This is a new mode in which the attackers must detonate a device inside the base which the defenders have to protect. The map requires a lot of strategies and quick thinking so this will definitely be played a lot.

Trials
No information has been provided of this mode as of yet.

Control
This mode was very well liked in the original Destiny and it makes a return n the sequel. In this mode, two teams made up of four players battle out across the map for the control of three different zones.

Survival
The mode owes its heart and soul to the Skirmish game mode from the original Destiny. The main purpose of the mode as you may have guessed is to stay alive. Each team is given 8 respawns and you need incredible amounts of teamwork to slowly wear down the enemy until they have no lives left.

The exotic weapons in the game are currently underpowered so Scout rifles are your best bet for fights in varying ranges. Shotguns are also quite good in close quarters especially if you are playing as Titan. Also, make sure you use your Super wisely.

In most cases, you will only get 1 Super per match and you do not want to waste it. Along with this keep an eye out for the enemy’s charges as they will give you critical information about their mindset and will make it easier to predict their next move.

Remember that teamwork is insanely important in the game. Lone wolfing usually means you die and cost your team the victory. Also, avoid running like a headless chicken and make sure all of your decisions are well thought out.

Movement is also very important in Destiny, make sure you keep moving around so that it is difficult for the enemy to hit you and also remember that rotations in modes like Control are extremely important. A good rotation can be the difference between victory and defeat.

That is all we have currently on the new Destiny 2 Crucible changes. Let us know if you have something to add in the comment section below. Happy Fragging!