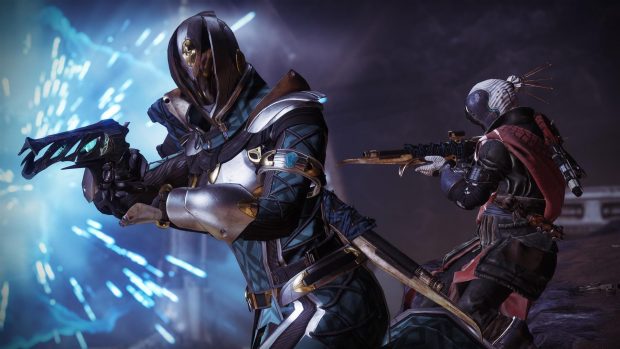 Destiny 2 Forsaken has put the game back on the gamers’ radar. Now, Bungie intends to keep the game that way with new content. The Black Armory is rumored to launch later this year and it seems that November 27 is when it is revealed.

This is according to a Reddit user, who has connected the dots. The user has found that Destiny 2 Black Armory expansion will be revealed later this month.

However, the user didn’t just made it up but, has evidence to back it up. The Evidence comes from Mara Sov, the Queen of the Reef. She is also the sister to Uldren Sov, the villain for Forsaken expansion.

According to the user, every time the player visits Mara after the reset, she is found in a different position or location. He notes that the first time the players visit her she is sitting on the throne.

The second time she is standing by the edge of a platform and a triangular Darkness ship is visible. For the third visit, she is back on her throne and talking to the Emissary of the Nine. The user notes that during the conversation one of them remarks that her next guest wouldn’t like guardians.

Now here is the interesting part, the next reset or visit is set for November 27. This also marks the end of Season 4. According to speculation, during that visit, either Mara or her guest will tease the Destiny 2 Black Armory expansion.

The user speculates that the Black Armory expansion for Destiny 2 would be revealed through a small quest. Then the expansion releases on December 4, 2018.

If you haven’t been following the Destiny 2 leaks, here is a brief rundown of the Black Armory expansion. According to the leak, the expansion brings new gear rarity and three fan-favorite exotics from Destiny.

These exotic weapons are The Last Word, Thunderlord, and Icebreaker. Not only that, these exotics will arrive with Black Weapon rarity.

Speaking of the game, Forsaken expansion brought a lot of positive changes to Destiny 2. Despite that, Forsaken remains a disappointment for Activision.

According to Activision, it hasn’t seen “full core re-engage” Destiny 2 with the launch of Forsaken. The company noted that the expansion is “not performing as well as we’d like”.

This is quite evident by the fact that the base game is currently free on PC. Maybe Bungie is giving away the base game to boost the player base that would buy expansions.

Not only that, Destiny 2’s first two expansions are now free for those who buy the Forsaken. It is clear that it was an effort to boost the player base.

Furthermore, Destiny 3 is also in the news thanks to leaks and rumors. According to the leak, Destiny 3 is in the works and will have more focus on RPG elements.

The leak suggests that players will get to explore Europa in the sequel and will have PvPvE patrol zones. The patrol zones sound quite similar to Dark Zones from The Division. However, we will wait and see how it all plays out.