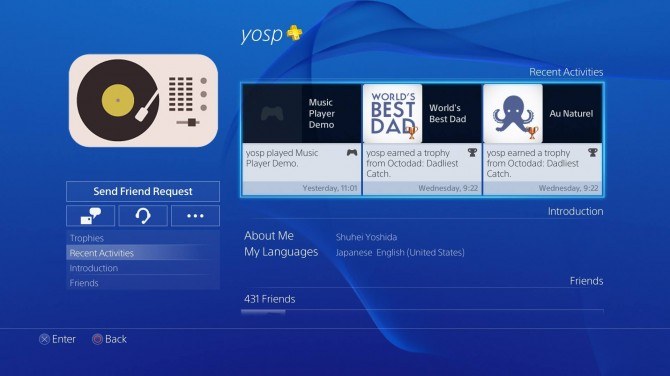 The rumors of PS4 getting MP3 Support might prove to be true as suggested by Sony Computer Entertainment Studios President Shuhei Yoshida’s PSN profile.

Just a couple of days ago, we heard rumors from a gaming industry insider ‘Tidux’ who claimed that Playstation 4 will receive MP4 and MP3 support in 1.70 Firmware Update.

Although ‘Tidux’ did not have anything to back his point except having the perk of ‘being an Insider’, a reader of DualShockers who goes by the name of Durandal has tipped them with a couple of screenshots of Shuhei Yoshida’s PSN profile which show Yoshida testing out a demo MP3 player.

Durandal somehow managed to sneak a peek on Shuhei Yoshida’s Playstation profile history which clearly shows that Mr. Yoshida is currently playing Octodad: Deadliest Catch and testing out a Music Player Demo. The screenshots provided only reads, ‘Yosp played Music Player Demo’ and do not provide any kind of UI of the Music Player itself

Check out the screenshots posted below and tell us what you make of it? 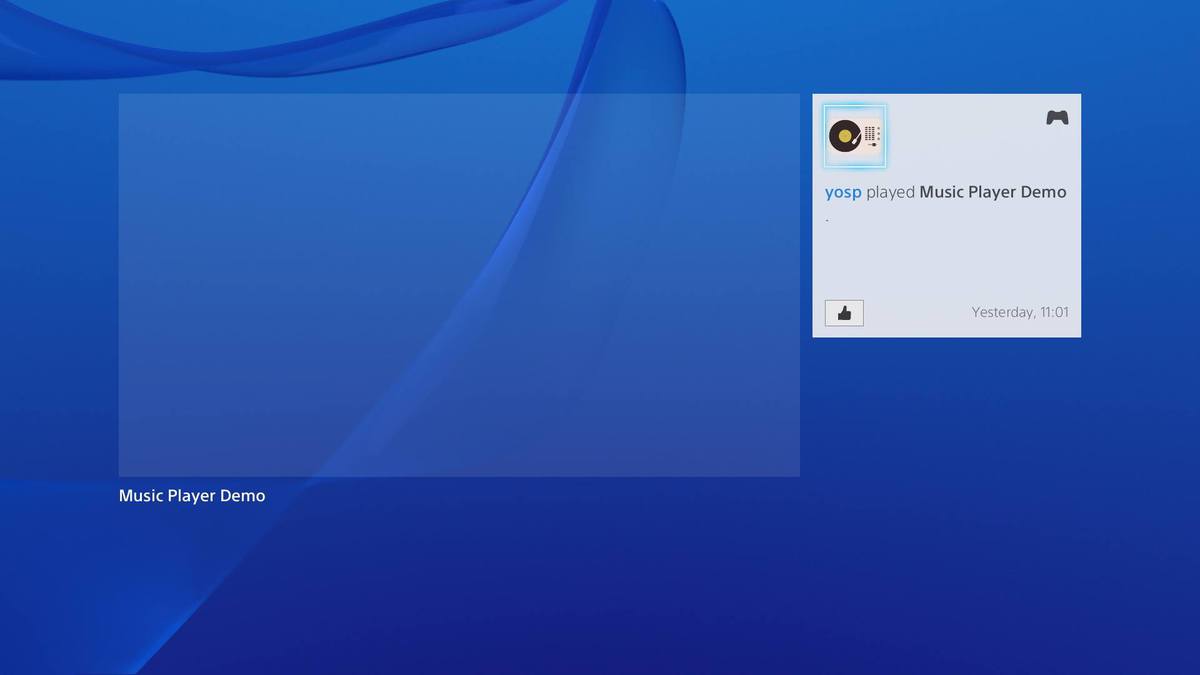 1.70 Firmware Update will go live on April 30, 2014 and some of the notable features of the update include SHAREfactory and HDCP eradication, along with streaming Twitch and UStream in full HD.