How To Get the Heritage Gun in Deathloop 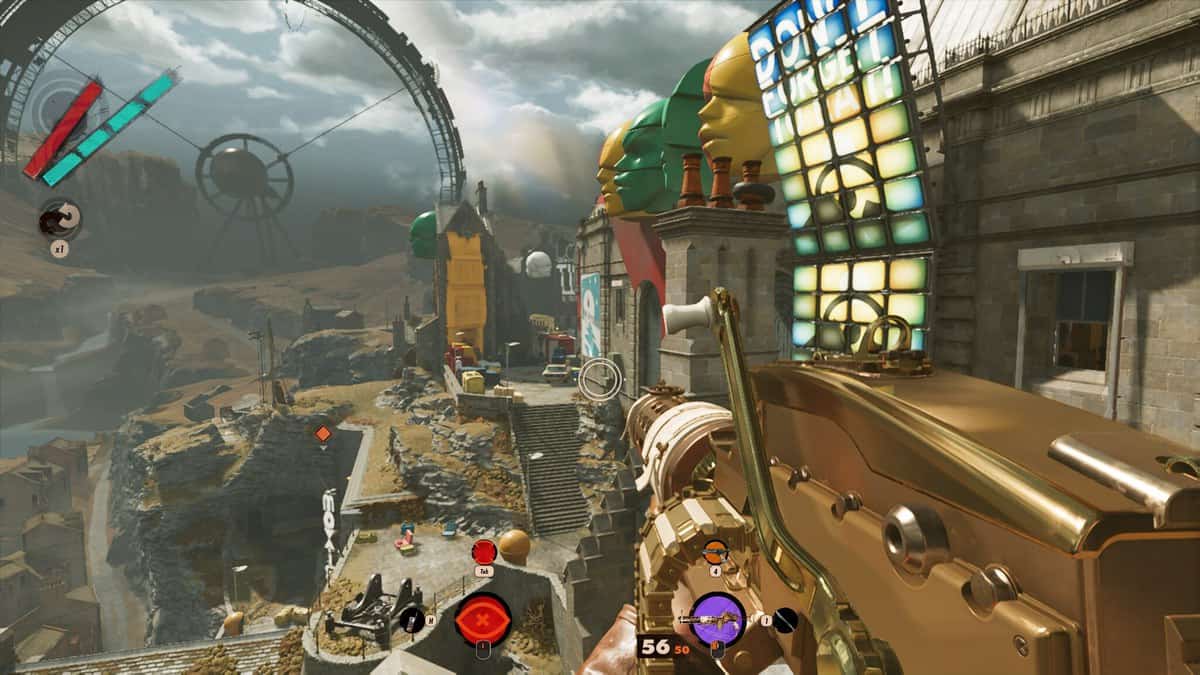 The Heritage Gun is a unique weapon in Deathloop that can be obtained whilst doing the Super Shifty quest. Getting this gun is a bit tricky as it involves an element of randomness in collecting five boxes. In this guide, we’ll let you know how you can get your hands on the Heritage gun in Deathloop by outlining all the steps involved.

How To Get the Heritage Gun in Deathloop

To start off, you will find a pair of Eternalists in a street at Karl’s Bay (evening hours). They will be striving to unlock a box. Now, a blast from inside of the box happens which kills both of them.

At this point, the recorded voice of Charlie announcing the Super Shifty quest by saying that he has got a reward scheme. The quest now begins which requires you to open five gift boxes.

Clear out the area around Fathoms Lament and enter the building. Take care as enemies can even be inside.

Once you enter, you’ll notice a map under the phrase, “Seek your Fortune”. The blue dots on this map represent the locations of the 5 gift boxes that you need to collect.

Collecting these boxes may seem easy now that you know where they are, but this is only half the battle. Obtaining these boxes is made harder given the fact that they can be damaged or even kill you!

You need to interact with these boxes very carefully. The first thing you need to do is make sure you don’t shoot or damage the box in any way or else you’ll fail the quest. Take out any enemies around before you interact with it.

Next, make sure you’re careful of the sounds the box itself makes. Some, like the one the Eternalists were trying to open, will blow up!

Simply interact with the box and quickly Shift away as fast as you can. It will count as having been collected despite blowing up (remember, don’t shoot it!)

One of the boxes will be near a hangar that holds its own puzzle. Here, you need to pull the levers in the correct order.

1st Lever  – To the passage on the right side.

2nd Lever  – To the passage on the left side.

3rd Lever– Behind the passage.

4th Lever – To the passage at the right back.

5th Lever – To the plane at the center.

The dawn of reason club can be opened by pulling the lever outside the establishment. On entering the club, you will have to solve another puzzle to unlock another gift box.

There is a door that requires you to enter a 4-digit code. The symbols represent the code to be entered.

The vertical red line and the red box represent the order and the position of the keypad respectively. This means the order is represented by the number of digits marked red. The position is the direction of the red line.

The locations of symbols are below

Once you enter the code, you will open the door to find the gift.

The Levers and Laser Puzzle

Now, go back to the Fathoms of Lament. Here, you will find a board behind the door. You will have to destroy the board to find Field Nullifier. Next, destroy this as well to use Shift Power.

Pull the main lever to go upstairs. Here, you will find more of them, so you will have to pull all of them in the correct order.

To understand the right order, you need to listen to the ticking sound carefully. Make sure you prevent yourselves from the laser, as touching it will disturb the order.

In this case, you will have to start from the main lever again. Here, the Shift Power will be useful, as it helps you cross the laser safely.

After completing this puzzle, come to the entrance of Fathoms of Lament to collect the Heritage Gun from the glass container.