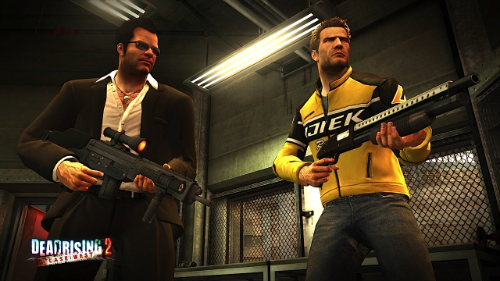 I enjoyed playing Dead Rising 2 until it started frustrating me enough to stop playing it completely. If only the game had a blocking mechanism or a dodging combo. Capcom today announced in a press release about their follow up title to Dead Rising 2.

They have named it Dead Rising 2: Case West and it will be released next month. An exact date wasn’t mentioned but Capcom further stated that it will serve as a standalone title. Apart from that they were good enough to grace us with a game play trailer showing some mean co-op action with Frank and Chuck.

“Set immediately after the events of Dead Rising 2 and available exclusively on Xbox LIVE, Dead Rising 2: CASE WEST sees Frank team up with Chuck Greene for some serious co-op action as the pair embarks on a brand new case set in the Phenotrans Facility on the outskirts of Fortune City.”

You can watch the trailer here.