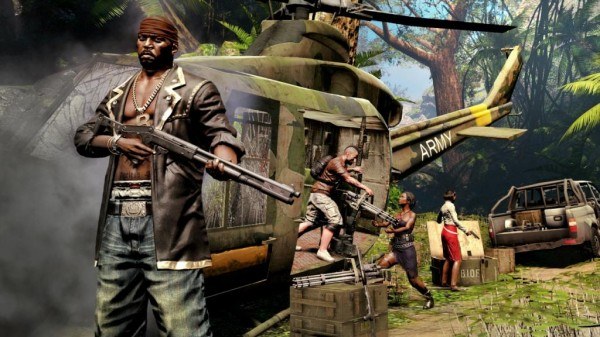 If there is ever a zombie apocalypse, we’ll also have at least one fellow in the group who likes to do things up-close. After all, it’s quick, it’s quiet, and it helps utilizing that big beefy body of yours. But when you’re Sam B, even when you’re two feet away from a zombie, you’ll make quite some noise swinging those big, heavy blunt weapons around.

While other characters in Dead Island also have expertise in melee, Sam specializes in ones that are far bigger for the average human. He consumes little stamina with his swings, but considering how huge the weapons of choice are (particularly the two-handed ones), he’ll take a tad bit longer with his hits.

Let’s have a look at Sam’s stats, and then his build.

Haymaker
Unleash your fury to damage enemies with devastating blows, knocking them down with single hits.

Feel No Pain
Fury makes you more resilient to damage. Has 3 Skill levels.
Damage Reduction while in Fury:

Like A Rock
Cannot be knocked down while in fury.

Greater Haymaker
Fury lasts longer and each punch sends enemies into the air.

Incredible Haymaker
Fury lasts even longer and you can literally send your enemies flying.

Devastation
Increases Force and Damage with all blunt weapons. Has 3 Skill levels.
Damage and Force Increase:

Tackle
Ability to tackle your enemies. You can also smash through locked doors without playing the door breaking mini-game. Has 3 Skill levels.

Exploit Weakness
Increases chance for a critical hit when the foe is below 50% health. Has 3 Skill levels.
Increased Critical Chance:

Earthshaker
The ground trembles from the force of your strikes. Additionally this unlocks a special attack.

Spring
When knocked down, quickly get back up.

Backfire
Enemies receive damage for knocking you down
Backfire Damage:

Last Stand
Decreases damage taken while your health is at a critical level. Has 3 Skill levels.
Damage Reduction:

Rebirth
You can rebuild destroyed organs  and recover from ghastly wounds. You regenerate 20% of your health per minutes.

Right, so you’re Sam and you want to wreak havoc with them blunt weapons. Sam’s best tree is obviously Combat, and his Heavy Hitter and Haymaker (in Fury) skills are the signature abilities that define the character. You just HAVE to start off with Haymaker, but instead of running down the Fury tree, it’s better to focus on Combat for a bit first.

Once you have Heavy Hitter, you’ll have an option. Maintenance crap won’t get you anywhere for the longer period, as it’s more or less related with money. So you have two options then: Devastation or Effortless. While Effortless can be pretty useful, the first choice would obviously be Devastation; it’s not as much about the Damage as it is about the Force with the skill.

Coming down, Tackle is something you just cannot ignore at all. This is one move that really differentiates Sam from the rest of the folks, so it’s an absolute must have, or you’re just wasting being the big swinger (that does not sound right). Lights Out is interesting, but there’s just no way you should deny the importance of Tackle. Grab Blunt Expert, and then focus on the Survival.

Usually, it’s a good idea to put a thing or two in Survival before going towards Blunt Expert, but that really depends on how things are going for you. After Recuperation, Money Magnet can be tempting, but money is really no major issue, and again, it’s a bad, bad decision for the long run. Decoy might be useful in co-op, but Motivation seems to suit the requirements of co-op and solo best.

Hardened after is that is a no-brainer, because Lockpicking is completely useless since you have Tackle (at higher levels of Tackle you can run through locked doors). Deeper Pockets is cool, but it’s not something you’d want for a guy that will use spendable melee weapons. After that, there’s Regeneration.

Now, a lot of people make the mistake of obtaining XP increasing skills. This isn’t a wise choice in most gamer’s opinion, as it won’t make a huge difference, and even if it does it would be for just a handful of levels. Backfire is useless because the Sam isn’t going to get knocked down often, so the obvious choice is Bulletproof, even though it’s not really a great one.

Once you have invested these points in Survival, consider coming back to Fury. Grim Inspiration is just too damn good to be ignored. Once you have Great Haymaker, the good options really present themselves. All Tier 4 skills (Volatile, You’ve Been Served, Pain Killer, and Smash Hit) are brilliant, and it’s very hard to choose.

You’ve Been Served is fantastic for Group Fury, ideal for co-op, but for me Smash Hit won it, because extra rage is just too sweet, and it stacks well with Grim Inspiration.

Pain Killer is definitely something I’d also invest in; it’ll ensure that you can manage to get up to 50% of your health back in no time, and again groups up with Smash Hit and Grim Inspiration very well. Once that’s done, invest in the final Incredible Haymaker skill. Put the remaining points wherever you wish to.

There you have it, for me this is probably the best way you can build up Sam B irrespective of whether you are playing solo or co-op.