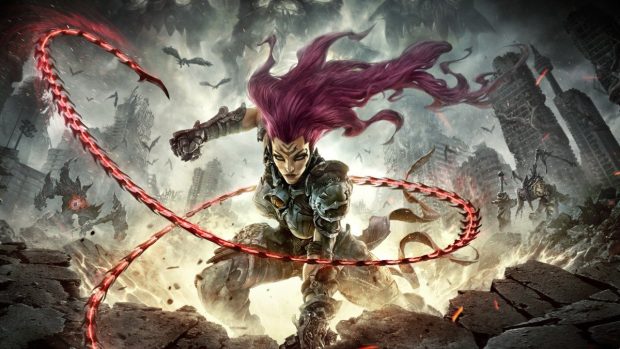 It’s been a long wait for Darksiders 3’s release and its finally here. Following the bankruptcy of THQ, many fans believed that we won’t see another entry in the franchise. But, here we are in 2018 and THQ Nordic has released Darksiders 3.

Darksiders franchise started in 2010 with the release of Darksiders focusing on 4 Horsemen and a premature apocalypse. Original Darksiders was a linear game with a tight focus in combat and story.

War was the first Horseman to be introduced, his unique personality and abilities made him a fan favorite. The game ended at a cliffhanger that is yet to be concluded. Darksiders 2, was the next step in the evolution of the Darksiders franchise. The sequel was bigger and better in every way despite having flaws of its own.

This time we were introduced to Death, the second Horseman of the apocalypse. Darksiders 2 featured a vast open-world, a new protagonist, revamped combat, and an addictive loot system.

It was clear that developer Vigil Games has started to realize their original vision for the Darksiders franchise. Both Darksiders and Darksiders 2 were a critical and commercial success. However, that couldn’t save THQ from bankruptcy.

After years of wait Darksiders 3 is finally here. This time we are introduced to Fury, sister to the Horseman of the Apocalypse. She is the third horseman to be introduced.

Despite Darksiders 2 showing a clear path for the franchise to move forward, Darksiders 3 is more in line with the original Darksiders in terms of its world and gameplay. This can be a good thing if done right and that is what we will be finding out in our Darksiders 3 review.

Like Darksiders 2, Darksiders 3 is also set in parallel to the first game during the 100 years of imprisonment of War following him being accused of triggering the apocalypse prematurely.

In Darksiders 2, Death was out to prove the innocence of his brother, War, and managed to do it by wiping out the sin when he resurrected the Humankind. However, Fury has very different motivations which we will discuss further down.

The story is simple, the Charred Council tasks Fury with eliminating the Seven Deadly Sins, who have escaped following the premature triggering of the Apocalypse. Fury gladly accepts it in hopes to impress the Council and become the one to the lead the Horseman. 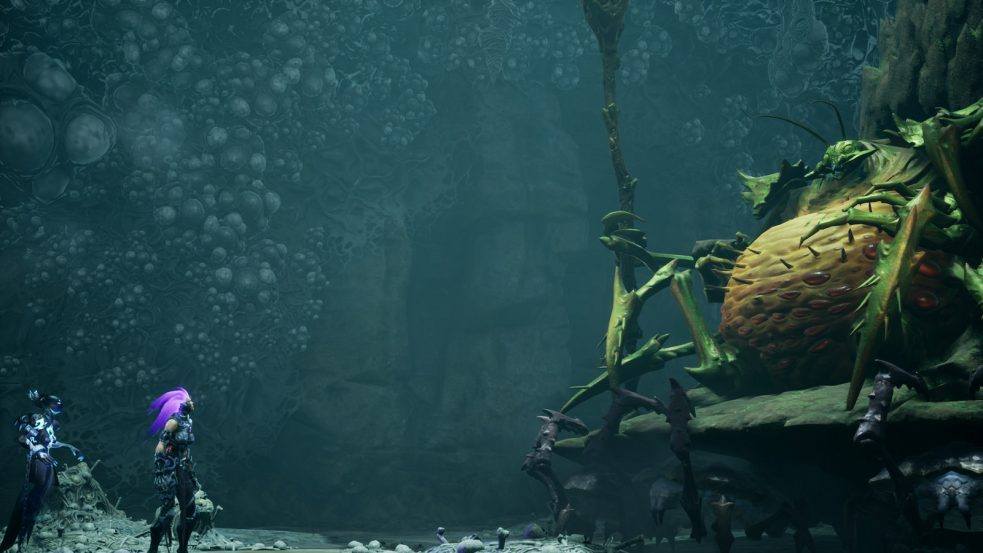 Without going into spoilers each sin has a unique personality which obviously makes sense since all seven of them represent a different aspect of the Seven Sins. However, I did find Darksiders 3 story to be much more interesting than some recent AAA titles, so Gunfire Games has done a good job in the story department.

Graphics and The World

Given that Darksiders 3 is a generation ahead of Darksiders and Darksiders 2, one would expect a bigger and a better-looking world. However, developer Gunfire Games opted for a semi-linear world instead of a full open-world. This is probably due to the development team being significantly small.

However, one can’t help but notice, compared to Darksiders 2 and even Darksiders, Darksiders 3’s world is empty and void of life. Granted there are enemies sprawling around but, they don’t help much in world building. 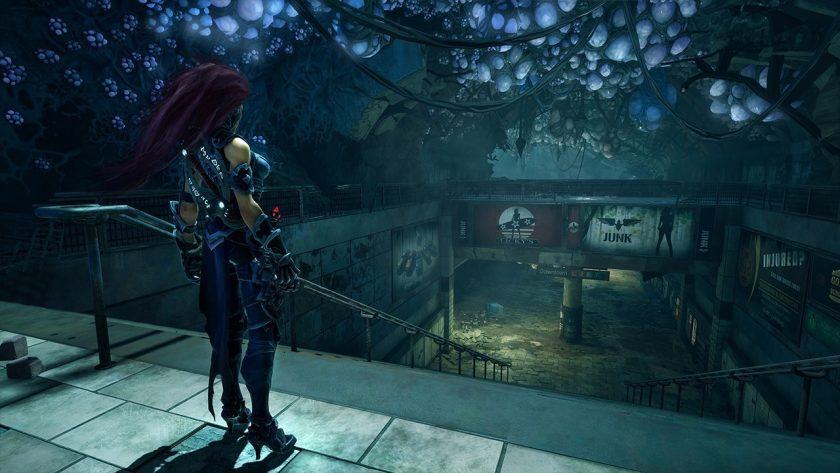 The world itself feels really empty as there is very little to explore. Also, the game features a ton of backtracking so that Fury can go places that were previously blocked due to Fury not having the required Hollow.

As I mentioned before, making a game linear can work if done right. However, Darksiders 3’s world is a mixed bag, you will either love it or hate it.

However, I found the linearity somewhat refreshing in an age when every other game features a big open-world. Darksiders 3’s linearity makes for an interesting and engaging experience in an industry where publishers are pushing for bigger and bigger open-world games.

Characters in the Darksiders franchise have always been over the top and Darksiders 3 is no exception. The game sees the return of many characters introduced in the first two games.

Gunfire Games has done an incredible job of making detailed character models for Darksiders 3. Each character not only has a unique personality but also a unique visual style that sets them apart.

Aside from the detailed character models, the game doesn’t do justice to all of them. Fury is the protagonist and hence the whole story is told through her perspective.

However, the game sometimes falters while explaining the motivations for some of them. But overall, Gunfire Games has done an excellent job of creating detailed character models and unique personalities. 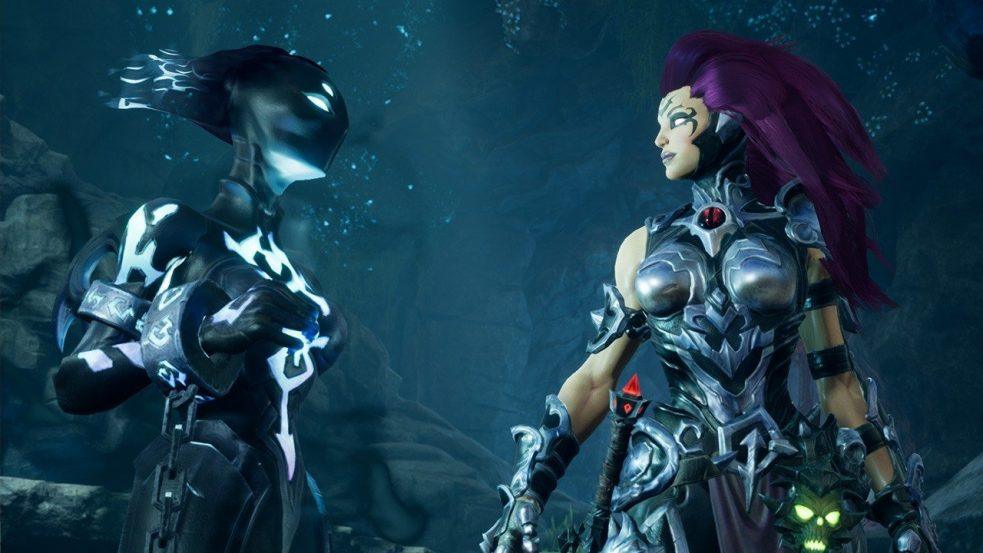 Fury as a character is very interesting. She isn’t out to prove War’s innocence or stopping the sins for the balance. She is doing it to prove to the council that she is the one to lead the Horsemen.

However, the same can’t be said for all the characters that are part of Darksiders 3. Interestingly, the Charred Council and Lord Of Hollows sound very similar. It’s like the voice actor didn’t put any effort into changing the voice slightly to differentiate between the two.

Given that the Charred Council won’t get much screen time, it won’t be noticeable for you. Other than that the voice acting is really good, especially for the Seven Deadly sins.

Voice actors for the Seven Deadly Sins have done a great job portraying them. Overall the characters and voices are a good mix and it shows how much effort was put into this department.

Combat might be the only saving grace for Darksiders 3, however, it’s not without its flaws. This time around the developer has opted for Dark Souls-like combat instead of stylish hack-n-slash combat the series is known for.

This could be attributed to Fury’s persona of high-risk, high-reward. This time around players can’t rush into battle and just mash buttons to see Fury pulling off flashing combos like War and Death.

What players can do is strategically fight their enemies by carefully timing their attacks and dodge. This is a refreshing break from the over the top God of War-like combat and it works wonders and forces players to think before they attack. 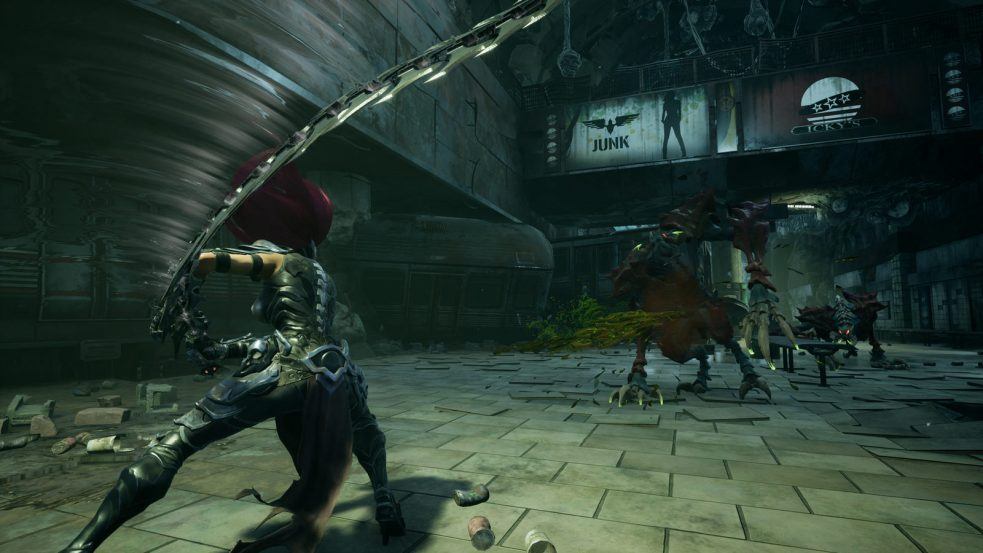 Darksiders 3 features a number of different enemies which keeps things interesting. Different enemies have their own visual cues notifying players of an incoming attack. However, when Fury is fighting two or more enemies, things can become a little difficult as players are focused on one, the others can blindside Fury which is very frustrating.

Given that the Seven Deadly Sins are the main antagonists, one would assume that Gunfire Games has put a significant effort into their personalities and the boss fights. However, aside from one Sin, these boss battles are not as challenging as I want them to be.

Bosses have set patterns that they repeat again and again. Instead of being strategic, players just need to understand the pattern and time their attacks. Overall, Darksiders 3’s combat is its best aspect that needs a bit of improvement.

As for the puzzles, compared to Darksiders and Darksiders 2 these are as simple as they come. There is no thrill in solving them and there is no sense of accomplishment. That’s how bland these puzzles are.

Gunfire Games took a risk by ditching the tried and tested combat system of the first two and going with Souls-like combat system for Darksiders 3. While it doesn’t really work as intended but, it is challenging and enjoyable. However, great voice acting, detailed and unique character models, a good story do not overshadow what the game does wrong like the empty and an uninspired world and being visually unimpressive.

Gunfire Games took a risk by changing things up compared to previous entries in the franchise. As a result, some things do work and some things don't. Overall Darksiders 3 is an enjoyable ride if you look past its flaws.