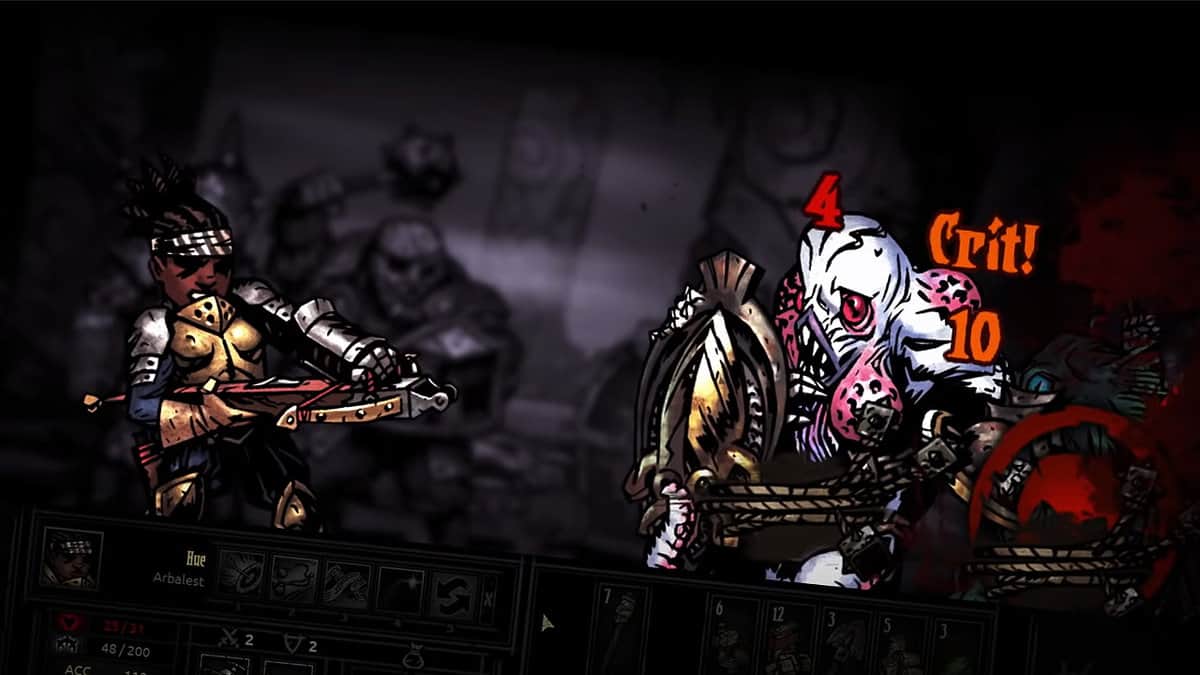 Darkest Dungeon is designed to be brutal and punishing. Its gameplay systems literally rely on stressing your heroes to either make them go mad or worse, suffer a heart attack.

It will take a while to familiarize yourself with the numerous mechanics in the game. Your first playthrough is almost guaranteed to be a disaster. Hence, starting a second playthrough mid-way is pretty common with players once they get a good grasp of the game.

The following tips and tricks will prepare you for Darkest Dungeon. That being said, death will still lie around every corner and one small misstep will have you reeling against the horrors beneath the manor.

When one of your heroes dies, they are gone forever. There is no way to bring them back. That is by design.

Losing your first few heroes might feel like a tragedy but you better get used to it because you are going to lose a lot of heroes throughout your playthrough.

You get new heroes to recruit at the Stage Coach every week. You can cover your losses from there. Make sure to check their quirks before recruiting them to your roster.

There is no shame in retreating

You can also abandon a quest/mission entirely and return to Hamlet. You will keep any gold, heirlooms, trinkets, or provisions you already have.

Keep an eye on your stress levels

Your heroes have both a health bar and a stress bar in Darkest Dungeon.

Reaching 100 stress points will give your hero a chance to come back with either an affliction (negative quirks) or becoming virtuous (positive quirks) for the duration of the dungeon.

Reaching 200 stress points will give your hero a heart attack and they will be gone forever.

You can treat your stressed heroes by using certain skills to give them stress heals. You can also use certain trinkets to reduce the number of stress taken.

Your accumulate stress in a number of ways, including moving in darkness, getting caught in traps, interacting with curios, at the hands of certain enemy attacks, and watching another hero die.

In the vein of reducing stress levels, make sure that you always have enough torches to light the way in every dungeon.

If your torch becomes dim, enemies will hit for a lot more damage and your overall difficulty will be doubled. However, on the flip side, running a dungeon in darkness will give you more loot.

For beginners though, it is best to keep the light levels above 75 percent.

Gold is your main currency in Darkest Dungeon. You will need a lot of it to improve your heroes. That covers upgrading their armor, weapons, and skills; treating their diseases and quirks, and more.

The worst thing you can do at the start of the game is to spend your gold on everything. This will leave you bankrupt later on.

A good tip is to only upgrade weapons instead of armor. You do not need to upgrade your skills for the apprentice (level 1-2) dungeons. You also do not need to treat your heroes. In the early game, if a hero is diseased and stressed, simply let them go and get a new one from the Stage Coach.

In the same vein as gold, heirlooms are a currency that you use to upgrade your buildings. Most players tend to spend their heirlooms on the wrong buildings at the start. Your heroes will suffer greatly in this case.

What you should do early on is upgrade your Stage Coach to get more heroes every week and increase your overall roster size. You should also upgrade the Abbey to reduce the cost of removing stress from your heroes. Upgrade the Blacksmith and Guild as needed.

Leave the rest of the buildings for later when you have heirlooms to spare.

Always have a dedicated healer

Most heroes in Darkest Dungeon have skills that can heal for little amounts. For beginners, however, it is highly advised to have one mainline healer.

Vestal and Occultist are the only two heroes who can fill the role of a dedicated healer in a party. Make sure to have one of them in your party.

Do not be afraid of trying new heroes or new compositions. You can always get new heroes from the Stage Coach if they die but experimentation is how you find the right team of heroes for your quests and missions.

Note that not all heroes do well in all dungeons. Some of them are more suited to specific dungeons. For example, heroes that do bleed damage should be used in the Warrens not Ruins, because the enemies in Ruins are mostly resistant to bleeding.

Prioritize some enemies over others

In the same vein as before, make sure that your party is able to attack enemies at all four ranks. This is important because you will need to take out certain enemies before they can do too much damage.

The smart thing to do is to take out the stress dealers who are usually at rank four. If your heroes can attack enemies in that position, you can potentially kill the enemy stress dealer in the first round for a huge advantage.

Every dungeon has its own dangers and curios. You cannot purchase all of the given provisions for each dungeon. That would be just too expensive. You need to only purchase the provisions you need for that specific dungeon.

For example, you should pack Bandages for the Warrens because enemies there do bleed damage. There is no need to get Antivenom because no enemies in the Warrens do Blight damage.