How To Find/Enter Secret Rooms In Darkest Dungeon 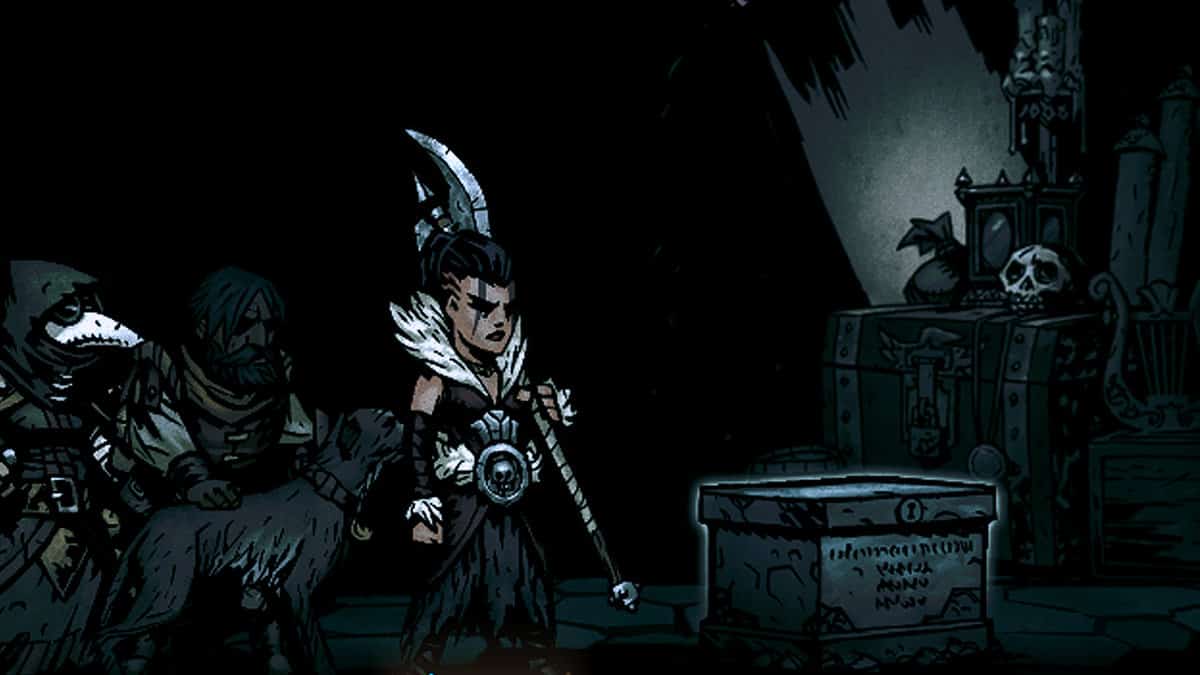 There are secret rooms that you can potentially discover while running the many missions and quests in Darkest Dungeon.

While the two-dimensional design of the game remains intact throughout the playthrough, you can enter hidden rooms to branch off the main pathway for bonus rewards.

Every secret room will always (and only) contain a single curio called the Ancient Artifact that contains “great treasures” for you to loot.

Dousing the torch to zero light levels and then using a Skeleton Key to open the treasure chest will give you a high chance of looting 3x Puzzling Trapezohedron. These are worth 3,500 gold each and are one of the most precious gems in the game. You can also loot stacks of gold, trinkets, and other treasures.

Note that secret rooms are safe to discover because you will not find enemies or ambushes here. You can furthermore use them to camp.

The following guide will tell you how to find secret rooms in Darkest Dungeon.

How to scout secret rooms in Darkest Dungeon

Finding secret rooms in Darkest Dungeon requires a bit of investment. You can only discover secret rooms through scouting, meaning that one of your heroes needs to have a high scouting chance.

You will always have a base 25 percent scouting chance in every dungeon. You can increase that chance through either trinkets, quirks, or camping skills.

Scouting is one of the many passive skills every hero has in Darkest Dungeon. If a hero is able to trigger their scouting chance, all nearby unexplored areas and rooms will be revealed on the map to show any curios, traps, and battles waiting up ahead. This makes it easier for you to navigate the dungeon. 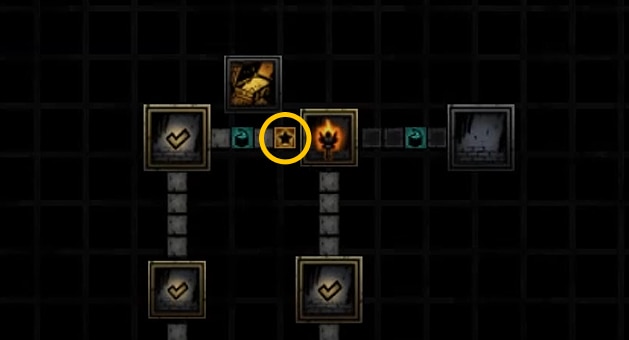 When a secret room is discovered through scouting, you will hear a ringing notification and be able to spot the secret room on the map as a golden star.

Make your way to that specific tile and then press up on your controller or keyboard to enter the secret room. Loot the Ancient Artifact and then open your map again like normal to select your next destination.

It is important to understand that secret rooms themselves have a spawning chance like every other mechanic in the game. The chance of your dungeon having a secret room depends on the kind of dungeon you are running.

While secret rooms always spawn on a random tile, usually in a long corridor, there are some missions/quests that will always have a secret room on the same tile in every playthrough.

The Wolves at the Door mission, for example, has a secret room in the top-left part of the map. The same is the case with the final Darkest Dungeon quest where you take on the Ancestor.

You can enter these secret rooms the same way without scouting or discovering them.

When it comes to heroes with the best scouting skills, having a Grave Robber or a Houndmaster is highly recommended.

Houndmaster has his Scouting Whistle trinket and Release the Hounds camping skill to increase his scouting chance by 50 percent in total.