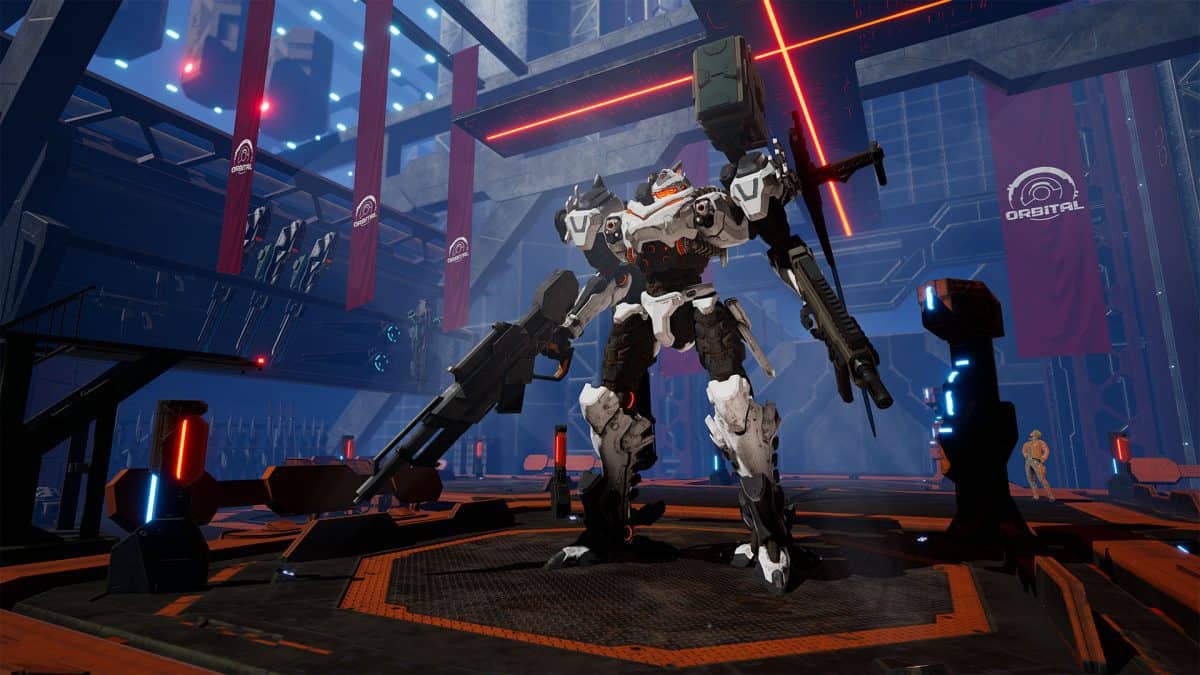 Daemon X Machina is a complex RPG game that rewards the players for knowing all about the game’s mechanics. This guide, we will be discussing how to maximize the efficiency of your character, and have the best damage output, whilst keeping all aspects such as mobility under consideration with these Daemon X Machina Best Builds.

Below are some of our suggestions for builds you can try out on your Mech in the game.

The Laser Build, as is obvious by the name, makes use of Laser Weapons, albeit that’s the primary style of the build, we will also be trying to use a good melee weapon and bullet weapon; because the ammo in this game drains FAST; and I mean really fast.

So you need to make sure you aren’t left with your mouth open in front of your enemy.

The gear pieces and weapons you need are:

The armor selected was so that you wouldn’t be slowed down too much. All armor pieces provide an adequate amount of defense without too much on movement penalty.

You can use the Riot Light to stun your opponents using lightning, and simply use the charge rifle to just annihilate your opponent.

Nothing beats being a mobile flying robotic ninja honestly. With this build, you can slash through your opponents effectively and quickly without having to worry too much about aiming.

Your enemy will not even know what hit them by the time you’re done slicing them up.

Each piece of armor was selected to attain maximum mobility. You will be able to close the distance between you and your enemy in a matter of moments.

The idea is to never let your opponent get time to breathe; your onslaught of attacks will seal your enemy’s fate.

This is more of an oversight from the developers. You can make this build at the start of the game and kill all bosses in a matter of minutes.

What you need to do is equip HPW-AB14 Gun Arm BZ, and these only. You won’t even need any other weapons because these mounted cannons alone deal a ton of impact as well as splash damage (AoE effect).

Get close to your target, and activate your assault mode. Lock into your enemy and just spam away. You are going to need a lot of armor for this build, as you are going to be really up close with the immortals.

There is no particular armor set I’d recommend, so pick whatever makes you tanky.

Unlocking HPW-AB14 Gun Arm BZ
After you are Rank D, head into the mission ‘Reclaim Gnomenatos Factory.’ The mission isn’t hard, kill the three unique mechs, and see if they drop any Goliath Arms.

Try the mission again if you don’t get your loot. Once you have the crafting materials, head to ‘Develop Equipment’ in the factory, and you will be able to see the cannons ready to be made under the ‘Left Arm’ and ‘Right Arm’ categories.