How to Sacrifice Followers in Cult of the Lamb 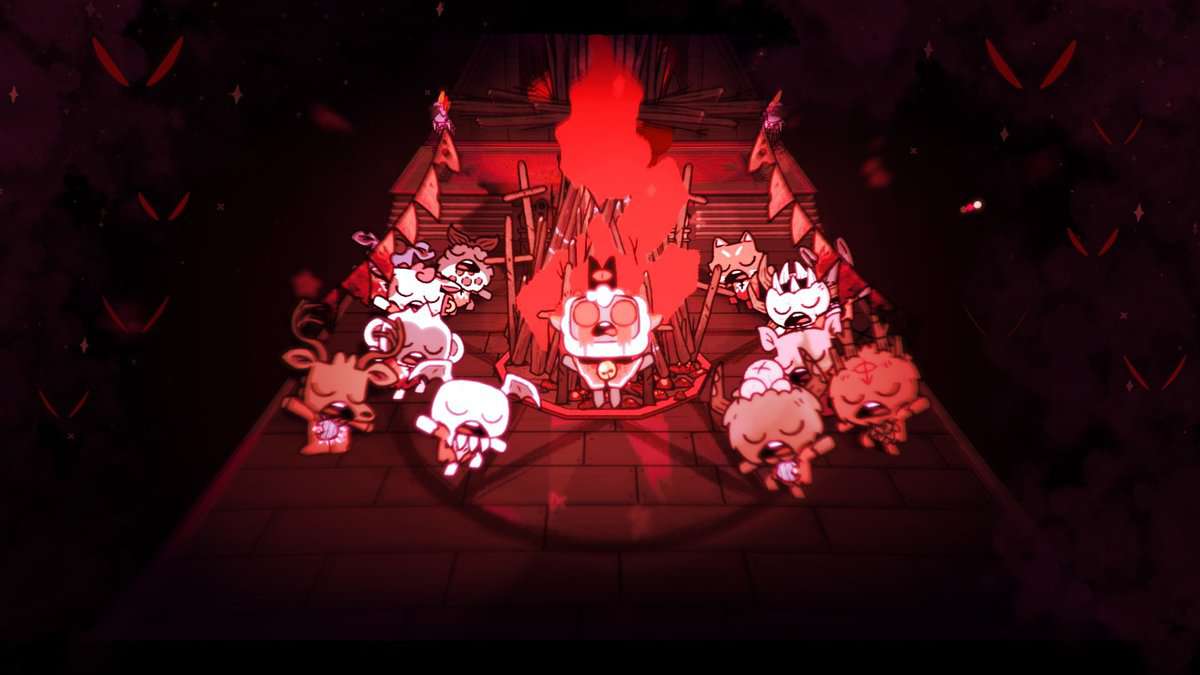 Being a cult leader in Cult of the Lamb comes with a lot of benefits, but there are a lot of sacrifices you have to make along the way… literally. If you’re looking to find out how to sacrifice followers in Cult of the Lamb, look no further than this guide as we show you sacrifice your followers and what you need to with their bodies after.

How to Sacrifice Followers in Cult of the Lamb

There are a lot of reasons as to why you’d want to sacrifice a follower in Cult of the Lamb. You might be really low on food and harvesting the meat from a follower may be the only way to feed the rest of the followers. Or a follower might be losing their faith in your cult and rebelling, so you’ll have to make an example out of them.

Sacrifice to The One Who Waits

The first way is to sacrifice the chosen follower to The One Who Waits. Near the start of your Cult of the Lamb journey, The One Who Waits will give you the option to perform a ritual called “The Sacrifice of the Flesh”.

To perform this ritual, you’ll need to sacrifice a follower to The One Who Waits.

If you decide to perform this ritual, you will have a bunch of new powers unlocked. It will also allow you to consume the Faith of the follower, which will increase your power.

But do note that this will temporarily decrease your overall Faith. This Faith reduction will last a while.

The best thing about this ritual is that it lets you choose the exact follower you want to sacrifice. So if there’s a specific follower that’s been bugging you, off they go to the Sacrifice of the Flesh.

For the very first Law and Order Tier in Cult of the Lamb, you’ll have to pick between two Doctrines.

The first Doctrine will allow you to ascend a Follower to heaven. This is a great way of sacrificing a follower as not only will it send them to a good place, it’ll increase the Faith and Loyalty of the rest of the followers (if they witness the ascension).

The same Doctrine which allows you to ascend a follower into heaven also gives you the ability to straight-up murder the follower.

If you decide to murder a follower, make sure that no other followers witness the events. If another follower sees you commit the murder, their Faith and Loyalty will be heavily decreased.

Send Them On Deadly Missions

If you prefer to get rid of your followers quietly so it doesn’t arouse any suspicion, suicide missions are the way to go.

Once you’ve unlocked the Missionary building in Cult of the Lamb, you can send your chosen follower on a mission that has an extremely low chance of succeeding. Once they’re out on the mission, there’s a very low chance they come back alive.

Send Them to the Ritualistic Fight Pit

There’s a Doctrine in the Law and Order tree named the “Ritualistic Fight Pit”. This Doctrine will allow you to set up a fight (to the death) between two followers.

The outcome of the fight will be random, so you won’t get to choose who actually loses the fight. However, you will get the option to choose whether the loser lives or passes away from the fight.

This is not a very efficient way of sacrificing a follower as you can’t exactly choose what follower you get to sacrifice. That said, it is a very fun way of getting rid of some cultists.

The final way of killing a follower is through a recipe known as the Deadly Dish. This recipe contains follower meat, grass and fertilizer; and has a 75% chance of killing the consumer.

A very interesting mechanic about this recipe is that it makes the follower drop valuable items upon death. So not only are you getting rid of the follower, you’re also gaining valuable resources from their death.

How to Bury a Body in Cult of the Lamb

Now that you know how to sacrifice your followers in Cult of the Lamb, the next step is to figure out what to do with their bodies.

If you don’t want to harvest their bodies for meat, you can actually bury their bodies in the ground. But to do so, you have to unlock the Body Pit. The Body Pit can be unlocked from the Divine Inspirations Skill Tree.

Once the Body Pit is constructed, deposit the body into it and it will be buried in the ground.