How to Play Knucklebones in Cult of the Lamb 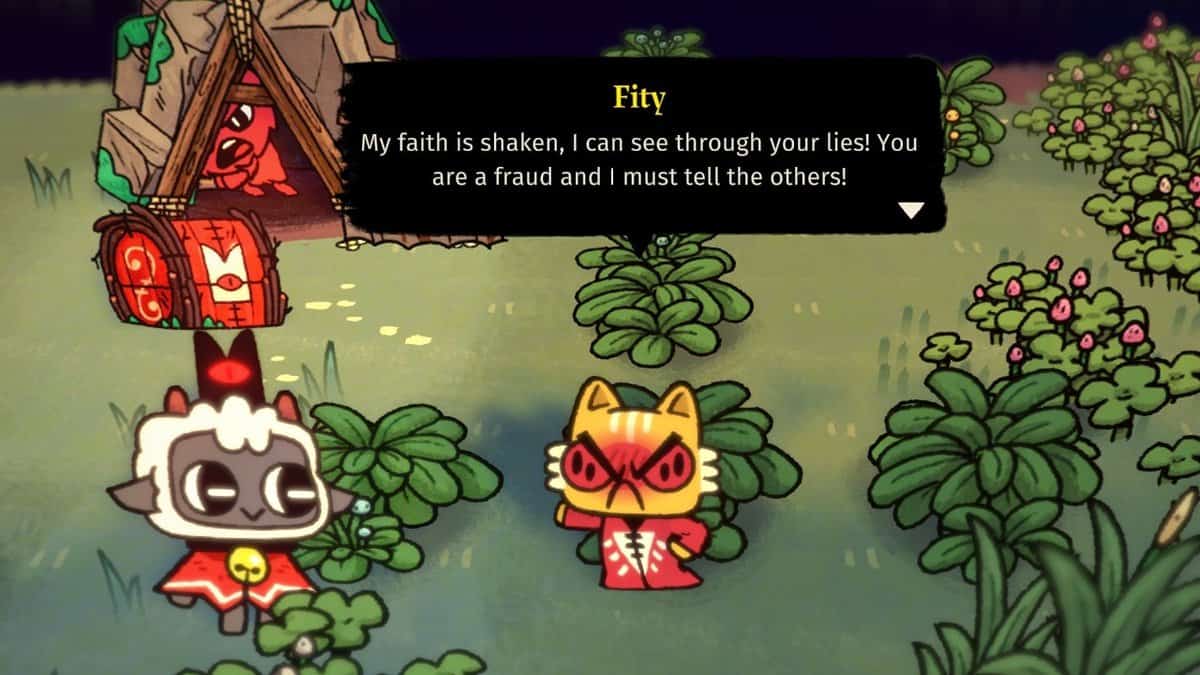 Cult of the Lamb is a rogue-like action-adventure game that is filled with ventures like manipulating your followers and going on various crusades. While most of the time this is fun, there are furthermore fun things players can experience, like playing Knucklebones. In this Cult of the Lambs guide, we’re going to go deep into how to roll the dice in Knucklebones minigame and be victorious.

How to Unlock Knucklebones Minigame

As players progress in Cult of the Lambs, it gradually unfolds many new adventures that players can get a taste of. Knucklebones is one of the many competitions players can enjoy while playing the game; however, it can be confusing for those with no experience in dice games.

In order to play Knucklebones, players must first ensure they are progressing through the game. As much as it’s fun imagining playing all the cool tournaments and competitions earlier in the game, players will have to progress and make sure they have collected all three Commandment Stone Fragments.

Once done, only then will you be able to perform your first ritual. Your first ritual will be called the Bonfire Ritual. After you’re done with it, Ratau will pay you a visit. Upon appearing, he will ask you to visit him. Teleport to him and enter his house and examine the table nearby. Here, you’ll be able to play Knucklebones.

How to Play Knucklebones in Cult of the Lamb

Starting off, you and the opponent will have a 3×3 grid on each side. Players will get a point every time their dice number matches up with the number they have on the grid. The whole point of the game is to get the maximum number in a column by filling your sections with your dice. Placing the dice of the same number on the grid will get you a point, but this time multiplying their value.

So two dice of the same numbers will have both of their values added and then be multiplied by the number of dice, which is also two, giving you a massive point and advantage in the game. The same is the case if you land three dice with the same numbers.

After the first turn, players can roll on the same column or change it up by opting for another. Every round will be similar after this, and players can now stack up their dice or choose to play in a clear column.

The one with filled-up columns and with the highest amount of total will eventually win the game.

In order to win Knucklebones easily, players need to make sure that they are playing defensively as soon as they start the game. Try placing your dice in the first column first and beat the opponent by erasing most of their numbers. This will ensure that not only is the opponent’s progress affected negatively, but you also have your points up.

Once you start doing it, you will also be tempted to stack up bigger numbers; however, don’t do that yet. Bigger numbers early on in the game entail getting them erased easily too. Opponents can strategize against you with their paralleled open spots.

Instead, spread your big numbers and avoid placing the same dice on the same column each time. Also, start putting a bigger number on columns where the opponents are about to fill up the corresponding column. This will reduce their chance of beating you, eventually giving you an upper hand in the game.

Finally, with dice rolls that give greater numbers, fill up your grid or tempt your opponent to do so. The game ends as soon as the grid is filled with either side; however, the one with the most number wins.

If your opponent’s board is filled with low numbers, forcing them to fill up will lead you to win because you will have a higher number regardless of the open spots.

Knucklebones is all about taking a few seconds before you make any move. Take your time to strategize and try making your opponent fall into a trap. By following the tips we mentioned above, you should be able to win the game before you know it.