Cult of the Lamb Endings Guide 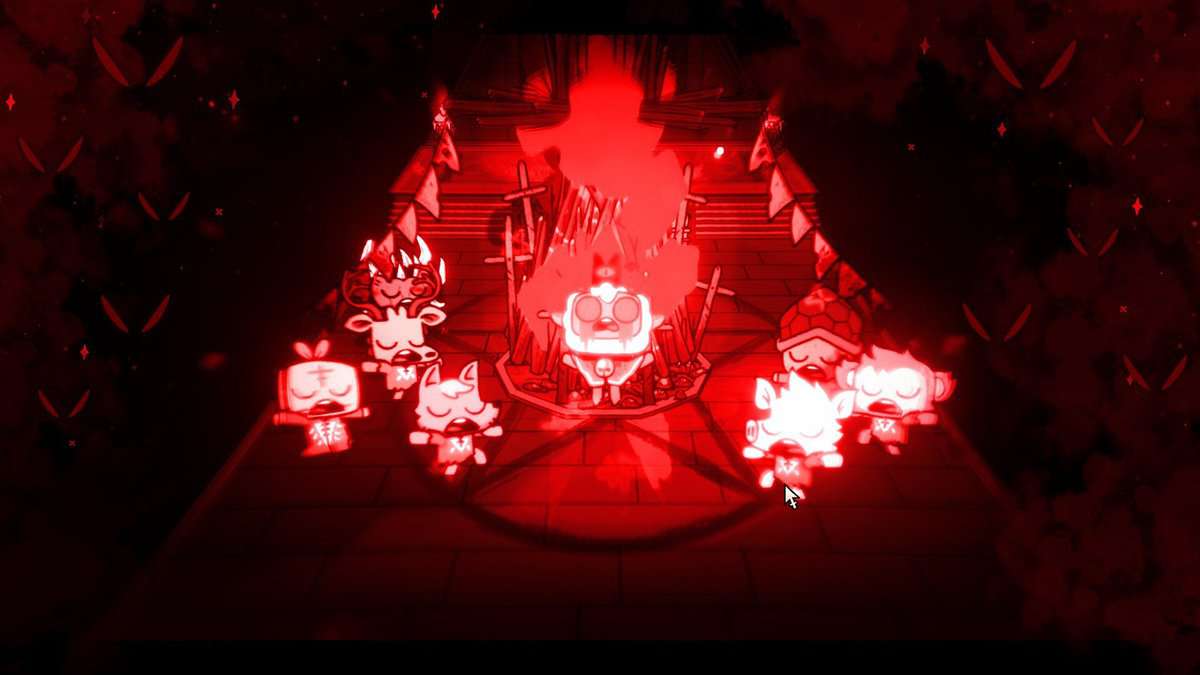 All good things must come to an end and the same is true for Cult of the Lamb. However, the ending of Cult of the Lamb is not so clear, as when you reach the final boss, you get a few options to select how you want to end the game.

How to Unlock the Final Boss Fight

Your main task is to make your cult the most widespread across the world. For this, you need to defeat the four Bishops as well as the final boss, The One Who Waits.

After defeating the four Bishops, the final seal to the central chamber will be broken, allowing you to fight the final boss. You cannot enter the final chamber of the game until you have at least 20 followers for yourself.

The best way to do this is by recruiting characters, and converting them only when you need them, as to save yourself from excessive micromanaging. When you have 20 followers, summon them and then head to the sanctum and you all will be teleported to the Arena.

How to Unlock Cult of the Lamb Endings

In the Arena, you face The One Who Waits and he will capture all your followers. He will order you to sacrifice yourself so that he can rise once more. This offers you your first choice for selecting the Good and the Bad ending of the game.

We discuss the Bad ending first as it is the easier of the two options. For this, accept The One Who Waits’s order and sacrifice yourself. You die and the game ends. All you get are the credits and then you will be back at the main menu. All your progress will be lost and you’d need to restart the game from the beginning.

For the Good ending, you need to decline The One Who Waits’s offer. Of course, he doesn’t like that and you will begin the fight with the diety.

How to Defeat the One Who Waits

The final boss fight has three different phases that you need to get through to get the victory.

For the first phase of the fight, The One Who Waits will send his two lieutenants to fight you. You’d need to engage two minibosses, Baal and Aym at once. Baal and Aym have the following attacks:

Once you defeat the two lieutenants, the deity will come to face you itself. You do get full HP back, preparing you for the next phases.

Now, you are face to face with The One Who Waits himself. The final boss, One Who Waits, has the following attacks:

The boss will now spawn multiple Floating Eyes that shoot fire projectiles at you. These floating eyes are the main target for this phase. They don’t have a lot of HP but are relentless and you need to make your way around them to avoid getting hit.

Once you defeat all the eyes, two hands will emerge from the ground and rain down fireballs on you. You CANNOT damage the hands, so don’t waste your time attacking them. Just avoid getting hit at all until the eyes respawn.

The cycle repeats itself until you finally defeat Phase 3 of The One Who Waits.

Once you manage to defeat The One Who Waits after overcoming odds, the great god will revert to his cute little animal form. Here, you are again presented with a choice.

You have the option to Murder the god, ending him once and for all. He will be fully dead and all his power will be lost, not that much of it is left anyways.

The second option is Spare. If you decide to be kind and spare the defeated god’s life, he will become your follower. The One Who Waits has the Immortality perk as a follower and hence, cannot die of old age.

You can then either go for the New Game + or continue on exploring and clearing out dungeons, as they can be replayed infinitely.