How To Get Crystals In Cult Of The Lamb 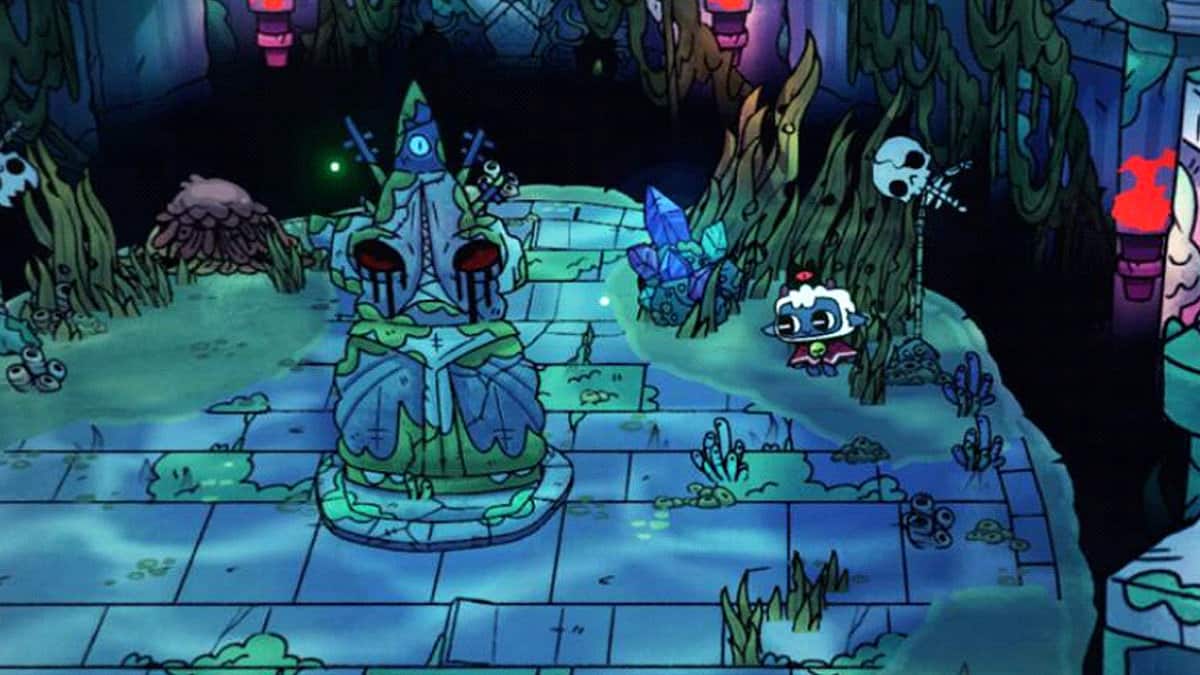 In the Cult of the Lamb, you’ll first hear of Crystals in one of the earlier quests called Refractions which is received from the Lighthouse in Pilgrim’s Passage. This quest requires you to collect and bring 25 Crystals to the Lighthouse.

Although you receive the quest quite early on, you won’t be able to find any Crystals until you unlock the third arena of the game called Anchordeep by gaining 9 followers. This is because each resource is devoted to a particular region. The Camellia flowers are specific to the Darkwood region, Spider Silk to Silk Cradle, Menticide Mushroom Spores to Anura, and similarly, Crystals to Anchordeep.

So if you want to collect Crystals but don’t know where to look for them, read on through this guide to learn more about them.

Where To Find Crystals In Cult Of The Lamb

You can find Crystals by exploring the depths of Anchordeep – the third arena of the game. This arena is run by the bishop Kallamar and is unlocked when you’ve gained at least 9 followers. The door to enter the Anchordeep should be located way at the leftmost side of the world selection screen.

The most obvious spot to look for Crystals would be the small blue crystal shards that emerge from the ground in some places. Depending on your luck, you might be able to get some Crystals off of them by breaking the shards with your basic attacks.

You may get about 2 Crystals from one of these shards, but if you’ve got a Tarot Card on you, you might even get 4 of them. Additionally, you may also randomly get crystals from wrecking up the environment or searching chests.

The most important reason to collect these Crystals perhaps would be for the Refractions Quest, which requires you to collect 25 Crystals. This shouldn’t take that much time, and once you’ve collected all of them, you can head back to the Lighthouse to complete the quest and unlock a new follower.

Other than that, you only need about 4 to 5 Crystal to build structures later on in the game.