Cult Of The Lamb Best Rituals 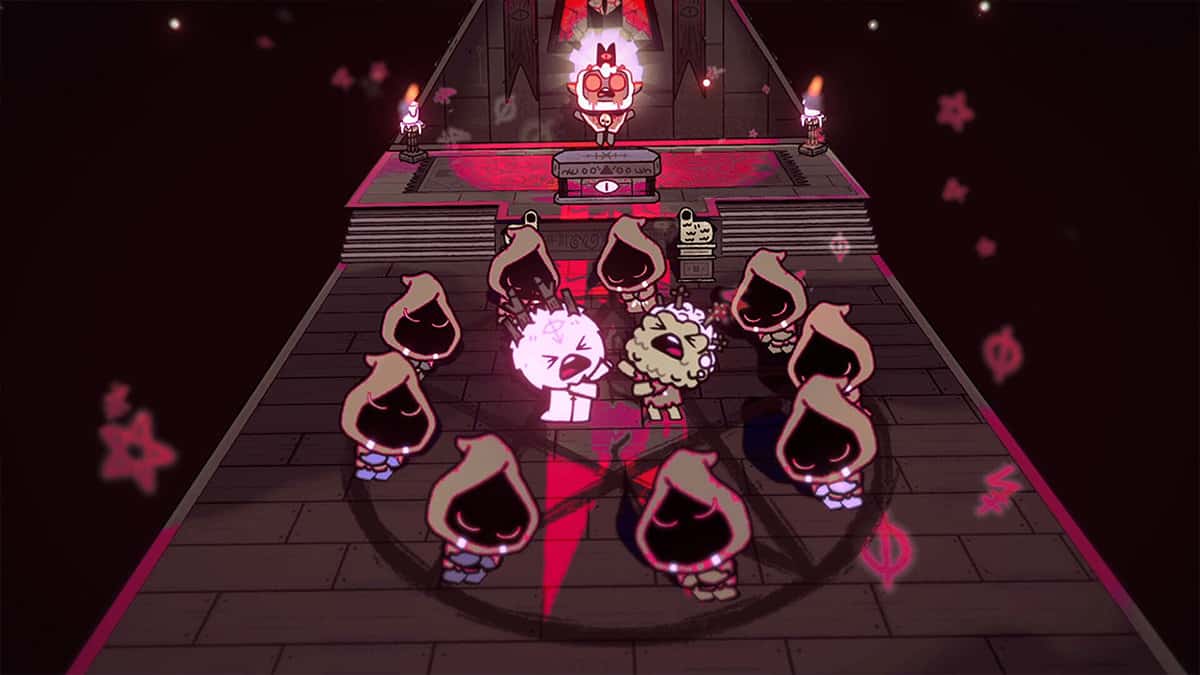 Take note that Sermons also function similarly and help to keep your followers’ faith levels high. Unlike Sermons though, Rituals have a cooldown. You cannot use Rituals every single day due to their long cooldowns as well as their high costs.

The trick is to always have a Ritual as a backup to save your cult when Sermons will fail. In that sense, the following guide will tell you the best Rituals to have in Cult of the Lamb.

Best Rituals In Cult Of The Lamb

This Ritual enables you to boost the faith and loyalty of all the other followers by sacrificing a single follower. This Ritual can be used right away as it is unlocked at the first tier of Law and order doctrine. Although it seems hectic to kill your follower, it is one of the essential Rituals to follow.

Mostly you sacrifice a follower who is old, draining the resources of the Cult while giving less or nothing in return. When a follower becomes old and not able to work anymore, you should sacrifice him before he dies. Death can cause lowering the faith of other followers and result in sickness in the Cult.

Resurrection is a Ritual used to bring back dead followers. It is unlocked at tier 2 doctrine Afterlife. The best thing about this ritual is that the followers can return with all the loyalty ranks and equipped items unchanged. You can bring back the followers you like the most or the strongest ones.

One flaw in this ritual is that it is costly, 150 bones per use. One way to reduce the cost is to unlock the cheaper rituals and upgrade as quickly as possible.

Alms for the Poor Ritual

Every Ritual in the Cult of the Lamb is costly and requires a hectic number of bones. Alms for the Poor is the cheapest Ritual in the game. However, it does not increase loyalty and faith as much as the other Rituals. It requires Gold which is an easy resource to obtain.

Players often use this Ritual as it’s the most inexpensive one and you can get it at only 25 Gold. You should try it to boost the commitment and belief of your followers towards you.

Holy Day Ritual is the largest available Loyalty and Faith boosting Ritual in Cult of the Lamb. It increases the follower’s faith by more than 80. In this Ritual, you set a day for your followers, that day they won’t do anything for the whole day, no resources collection, no worship generation.

It can be unlocked at tier four work and worship doctrines which require various commandment tablets. This could be counted as the drawback of this Ritual as it’s unlocked late. You can invest in this Ritual if you find trouble with the Cult as it can bring you out of a completely adverse situation. It can bring the lost faith back in your followers in no time.

In Loyalty Enforcer Ritual, you will assign a follower to patrol the Cult and increase the Loyalty and Faith of the other followers. This is one of the best Rituals to increase the faith of your followers. This will also prove to be a great boost in the progress of your Shrine Skill Tree. The powering up of the Shrine Skill Tree will allow you to build various buildings in your base.

The Loyalty Enforcer Ritual can be unlocked during the law and order doctrine and will cost you about 75 bones to initiate this Ritual.