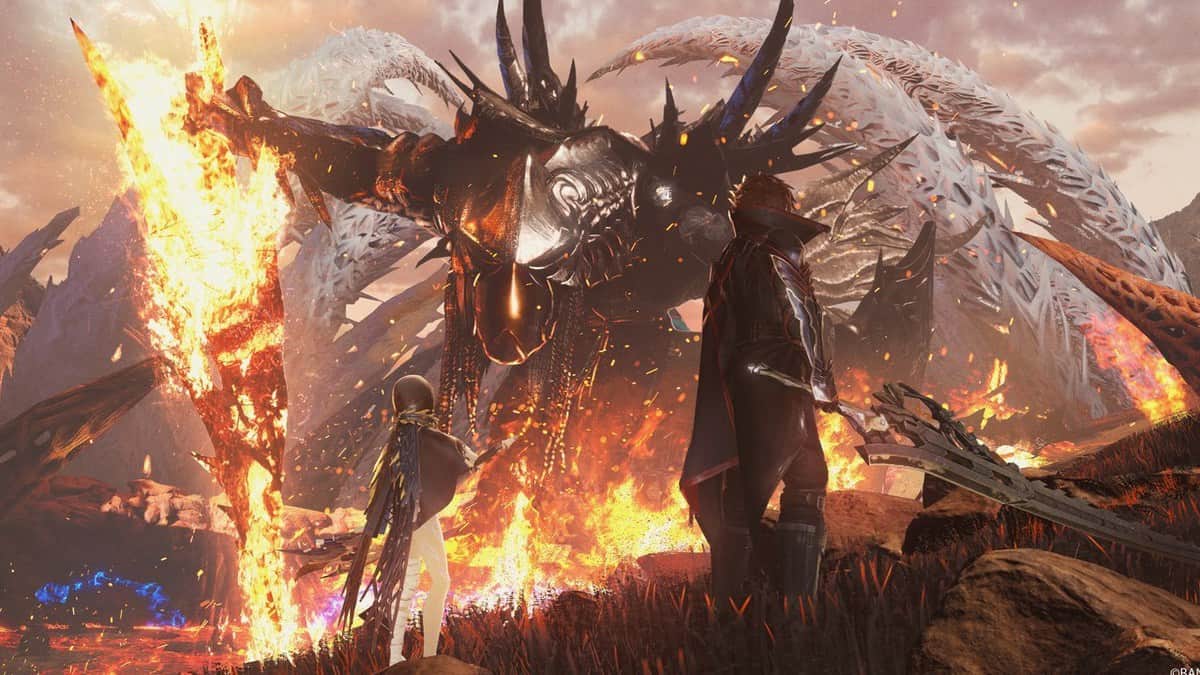 Note that you will need to have defeated Juzo Mido (an optional boss) in the game in order to be pitted against the Hellfire Knight.

The following guide will tell you where to find the Hellfire Knight boss and how to defeat him in Code Vein.

Hellfire Knight is the main boss of the self-named DLC and is located in the Fiery Oblivion depths. This area is only accessible if you own the Hellfire Knight DLC.

You will first need the Fiery Oblivion map. Head to the Crypt Spire and then to the hallway that connects to the Provisional Government Outskirts. Once you have the map, enter it and keep moving forward until you reach the location of the Mistle.

At that location, an Altar will be present on the right. Make a right from there to approach the door to the boss arena.

Plasma Cartridge and Fireproof Tonic are two items that are highly recommended for this fight.

How to defeat the Hellfire Knight Boss

Phase 1
The Hellfire Knight Boss uses several different combo attacks and the best way to defeat him is to bait him into attacking you with his swipe combos and then dodge the attack and then attack him while he recovers.

If you are using a dual-wield weapon, attack once or twice after rolling and doing this attack. At this point, the boss will swipe his tail at you. Immediately roll into him to dodge the attack. Once you are close to him, you can deal damage to him while he recovers.

He will jump away from you once he recovers and then starts using attacks at you again. Keep on using this technique to keep on chipping off his health. During the fight, Hellfire Knight will also jump into the air and then pound into the ground.

Make sure to dodge this and then follow up with an attack or spell while he is vulnerable. He will also try to summon fire under you. If he succeeds in that, move out in either left or right direction to avoid taking damage from the fire.

Also, be vigilant during the fire as he may jump at you at any given moment while the fire is lit under you.

Make sure to get as far away as possible from this attack to avoid taking any damage. The strategy to defeat him will stay the same as Phase 1, which was to bait his swipe attack and then attack him while he recovers.

However, in the 2nd phase, at 30% and 10% HP, he will repeat the same AoE attack which kickstarted this phase so beware.

He will also gain a few new attacks. In one attack, he will cast a fire puddle which will follow you. Make sure to keep running away from it until it ends.

He will use a jump slam attack right after the fire puddle so beware of that as well. The puddle lasts for only 10 seconds. Make sure to get far away to run out the timer.

In another attack, he will use 2 swords and lunge rapidly at you. Make sure to move away from him and when he runs out of gas, hit him with as many attacks as you can.

In the 3rd new attack, Hellfire Knight will lunge at you from different directions. You can dodge in either direction and then counter.

The secret to winning this battle is managing your stamina. Make sure to manage it during the fight and do not launch a barrage of strikes at once, especially if you are playing as a melee character, as it will make you highly vulnerable.

If you are a spellcaster, make sure to use Lightning because it tends to hurt him the most.