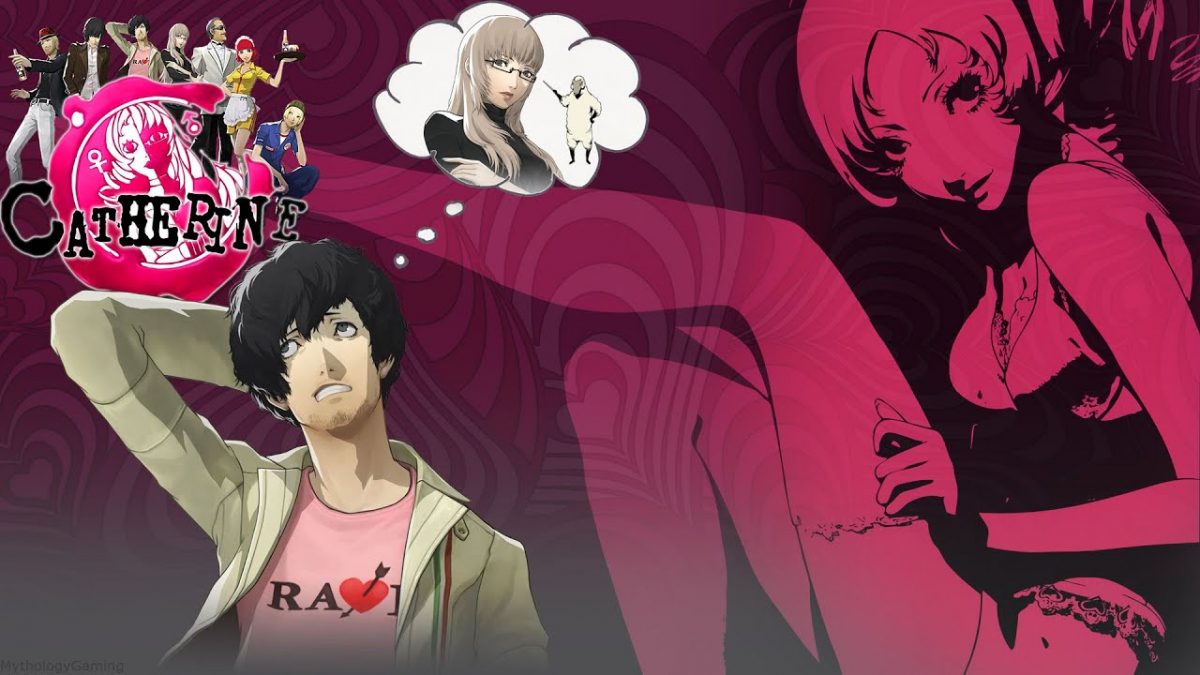 Be it a puzzle game or a game based on the romantic relationships and complexities that a new girl in town can create in your life, you got to have the bosses in it. They can really be difficult if you play Catherine at Nightmare difficulty but not so difficult, when you know what you need to do.

If you get stuck with any boss or if you find them frustrating and in the way to conclude your romantic relationship with Katherine and Catherine, read our guide.

If you want more help on Catherine, read our Walkthrough, Rapunzel Stages, and guide on Nightmare Stages.

First stage of the game actually has no bosses but a simple stage to go through.

Very first stage of Catherine is this underground cemetery. You will access it when day 1 changes to nightmare realm. This is a very easy one and you will definitely not die on this one. When you have the control of Vincent, start moving upward and then you will be informed that you can move blocks.

Now push the first block into the pit and then net one on it. Then pull out the net block in second length by jumping on the first one. Go on to leap the blocks and push them so that they connect the final length and make a staircase this way. And when you reach the final block, push it forward leap on it and grab the coin. And then jump on the goal platform and this way first nightmare is completed.

This is a giant hand on your pursuit. You basically have to get to the top of the blocks without falling off the blocks. You will have to go up the blocks as fast as possible, don’t let the hand come near to you or else it will stab you with a fork.

Take some lead and just don’t stop. It has the ability to splash some boxes if you’re far enough from it. But those boxes will first turn red as a warning so you’ll know when its danger.

The blocks which are BLACK are harder to move thus pulling them out will take more time than the normal ones. You can also take help from the bell, which you’ll find on your way to the top. It will turn all the dark boxes into simple.

This level has two main things to worry about – The Beast’s tongue and the boxes with spikes. Just like the black (heavy) boxes of the first level, a new set of boxes are introduced into this one – These blocks deploy spikes once you step on them. The best strategy is to stay away from them but if you step on them then don’t worry as you can get off them before the spikes are deployed.

The Beast has two type of attacks – The tongue and the poisonous hearts. The tongue is just like the Fist and the beast will try to grab you from it. Whereas the hearts are pretty much annoying – They are sprayed on to different boxes and the air; you can avoid them by not stepping on that box and by leaning below any hanging box.

If you make contact to any of these hearts then your controls will be reversed for a little period. Right button = Left movement, Left button = Right movement etc.

Note. You can reverse your controls back to the normal ones by the “undo” function – Easy Mode.

This demonic child has one important attack – its shock wave attack. This is a charged energy attack which is fired by the child’s hand. It will directly come vertically to the set boxes on which it’s fired on.

If you get contact with it then you’ll probably fall below a couple of levels and mostly near to the child so it will be difficult to climb back to the top as the kid will be on your feet.

It’s very easy to know when the energy attack is coming though – your camera angle will change and the child’s arm will be shown to you as he will charge its power, soon after he will release it so you will have to change your row in time.

If you get hit…you’re going down and if the child reaches close enough to you then he can simply kill you by his fist.

The Doom’s Bride is just like the Child, but tougher as its avalanche attack causes a lot of ice to fall from the sky, unlike the Child this ice is in multiple columns and once you get engaged you will definitely go few levels down. The ice is mostly spread on two different sides – You can either hang below a box or just get out-of-the-way to avoid it.

Child With a Chainsaw

It’s the same child which you have met before, but this time he is well equipped – He now has a chainsaw. The chainsaw is mostly used to slice the blocks so the baby can reach you more easily. Just avoid the column which is being sliced and you won’t face any trouble.

This round is basically divided into two parts. The 2nd part comes once you have reached to the checkpoint, before that you will not find any difficulties. Once you get to the checkpoint everything suddenly changes.

The baby will fire some shots into the air which is hot burning rubble or travelling chain-saws. The rubble will turn the blocks red, don’t jump onto those blocks and don’t let the hot rubble touch you.

You can avoid them the simple way. The other part is the chainsaw – These chain saws travel vertically or horizontally. These are pretty much annoying as most of them come in your way to the top. If you can avoid these attacks then you can easily make it.

Shadow of Vincent is a moving enemy, he will circle around you. At the start of the level Shadow Of Vincent will splash and destroy almost of the left side blocks, so it’s best to stay at the right side until he does that.

Few blocks will keep on collapsing for a particular time and once they settle you can start running. This boss is not very hard, the only attack to look out for is the “Black Hole Block” by which anybody inside it will die and those blocks will also turn black.

This is a totally different level as you are not alone in this. Katherine is in this nightmare too. You must get her to safety; you can’t leave her behind and if she dies the game is over.

You will have to assemble the blocks in a simple way so she’ll be able to climb up easily; she is not that bad of a climber. Catherine will simply attack the red boxes with some sort of lightning; once a box is red you must make sure that you and Katherine are not on that box.

Thomas Mutton has lots of attacks; one is that he will simply kick the box you’re standing on. It will result in making you stall. Another attack is just for slowing your speed. One of the main attacks is his pistol which he will use to shoot at you.

If he will miss you then that box will simply explode. You will know before he shoots because he has a red laser which will aim at you, the trick is to jump out of the laser at the last second. If you stand where there is no block at your back then you can save a handy box too.

One of the annoying abilities of Thomas Mutton are that he can change the type of ordinary blocks into heavy or ice blocks…it may slow you down but it won’t be able to stop your aim.

Dumuzid also has multiple attacks, one of them is when his eyes turn purple – He will cast some sort of purple cloud from his head and any box which makes contact with that contact will turn into some other box randomly like the bomb, bounce or monster blocks. If you are lucky enough to get a jumping block then make good use of it.

He also has the attack which almost all bosses had The box splashing attack. Dumuzid’s beam attack can take out a lot of boxes in a short period. It is a lot faster than the other enemies you have faced. The last attack is that he will throw fiery rocks onto different boxes which will turn them red.

Note. This level has the best use of the Undo function as you can keep the jumping boxes and get the blocks as you wanted them to be.

You can avoid the special attacks of almost every boss by the undo button. Once you know that he is coming for it just press the UNDO button and you will be able to cancel that attack most of the time.

At the very end of the game, Big brother appears after the boss is defeated in front of Rin and Vincent Brooks in Stray Sheep.

The wish of big brother is to bring Rin back to home but when he faces opposition by Rin and Vincent he decides to destroy humanity. But Rin asks him to let Vincent take part in trials just like the previous nightmares they just completed. And if Vincent manages to win this time humanity will be spared by big brother and also Rin can stay with Vincent.

After a little bit of rough start Vincent wins a close encounter, and then big brother bursts into lots of small pink alien beings.

You can share your own tips with us in comments below.