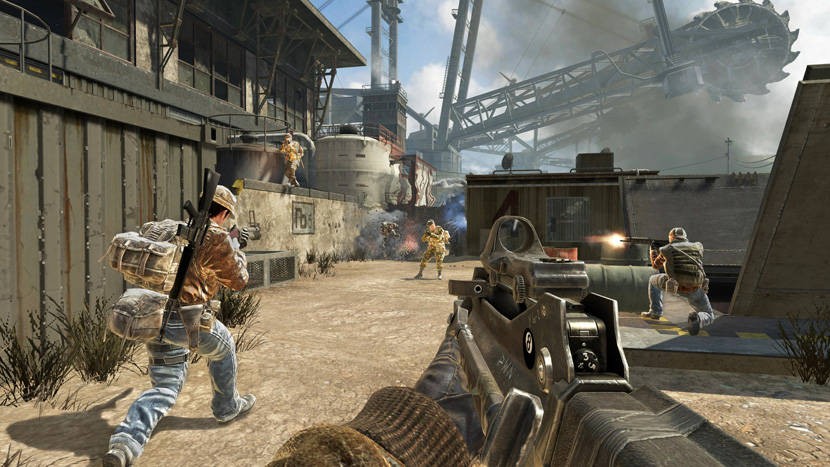 Consistency is extremely important in multiplayer matches of Call of Duty: Black Ops as you build up on your kills. Not only does it build momentum but you’re granted bonus abilities like killstreaks which you can utilize to wreak havoc on your opponents. We break down each of the Black Ops 1′ Killstreaks.

Killstreaks, as you’re familiar by now, are special rewards granted to the player for successive kills (at least 3) in a single life. Dying once resets this count so not only do you have to bag kills but also survive for killstreaks.

Before you boot up a match, you’ll need to opt in for certain killstreaks at each of the milestones you reach. Of course, Killstreaks need time and effort. Don’t worry, you’ll earn these coins as you level up by earning XP through completion of tasks and more.

Everything you are able to call in will grant you XP, carry a certain durability and has a defined damage output. Contrary to the Modern Warfare series, no killstreaks exist after the 11-kills mark.

Let’s take a look at each of these killstreaks in Call of Duty: Black Ops.

This Killstreak is unlocked from the start. Staying activated for a duration of 30 seconds, the UAV highlights the position of your enemies on the mini-map. It will stay there for the defined time, unless someone deals 700 damage to the plane and shoots it down.

You will need to spend $1200 of in-game currency to unlock this killstreak. Activating this, you’ll take control of a small remote-controlled car packed with explosives.

It only has 10 health so it’s not the most durable vehicle but it’s highly mobile and can get into tight spots. Up close, it can deal up to 300 damage and take out a few of your enemies. You can boost its speed and detonate beforehand, otherwise the automatic detonation is set for a time after 30 seconds.

This killstreak is unlocked for $1600. This works, you guessed it, to counter your opponent’s Spy Plane by jamming their mini-maps and thus keeping your movements and traction secrets.

Once activated, this Counter UAV will jam each of the other players’ maps for 30 seconds or until it is shot down (dealing 700 damage) before that timer expires.

Also unlocked for $1600 in-game, the SAM Turret is sentry gun that automatically fires at planes and helicopters and shoots them down with two missiles. You can place it at a spot of your choosing and it will stay there until 90 seconds until an enemy knives it down (900 health) before that.

Unlocked from the start, this package grants you a random killstreak, new weapon or ammo for your existing weapons. Though the player can collect his package in half a second, this can be intercepted by an enemy player if he shoots it down.

The highest percentage of care package drops is associated with ammunition, spy plane and counter spy plane kill streaks, followed by RC-XD and special weapons like Valkyrie Rockets and Grim Reaper. The least liklihood of acquiring a killstreak is that of Chopper Gunner, Attack Dogs and Gunship.

Unlock this particular killstreak for $2400 that lets you cover an entire area with flames from a Napalm Strike. Mark the area of your choice and see that region engulfed in fire for 10 seconds dealing damage to anyone who dares step in it. Note, the Napalm Strike is carried out in a straight line.

Spend $3200 to unlock this killstreak allowing you to place it in a spot of your choosing. It automatically fires bullets when it detects a nearby enemy. The duration for it is the same as that of the SAM Turret i.e. 90 seconds. It can be eliminated with a knife attack (800 health).

Unlock the killstreak by using $3200 of the in-game currency. Once activated, you’re granted the option to choose any three spots on the map and bombard them with these explosives from the mortar team. The damage can go up to 300 depending on the distance from the enemy.

This killstreak is there by default and doesn’t need to be unlocked. Boasting a durability equivalent to 5500 Health, it’s difficult to bring down. The Cobra Helicopter stays in the air for 75 seconds during which time you can lock onto targets. Rockets are then sent instantaneously to destroy targets.

Spend $4000 in-game to acquire this killstreak that lets you send out two rockets that can be controlled and homed in on the target. You can boost it and detonate it at will, else, these rockets detonate automatically after 20 seconds dealing up to 400 damage.

For $4500 you can unlock this super version of the spy plane. Blackbird works like a SR-71 that tells you the direction in which the enemies face on the mini-map in addition to their position. The duration for it lies at 50 seconds and as a rather welcome bonus, it cannot be shot down.

The killstreak can be unlocked for $4500. The B52 will allow you to select a straight line on the map so bombs can be sent down dealing up to 300 damage. Even folks inside the buildings and fortifications aren’t safe from the impact of these bombs.

For $5000, you can unlock the Huey Chopper which is the ultimate killing machine that lasts for a whole minute. You’re given control of the pilot who can use mini-gun without reloading or overheating. The ammo is infinite and will deal explosive damage up to 120.

The only two drawbacks are that you’re still vulnerable as your body is on the battlefield. If your enemies try to bring down this chopper (6000 health) then you’d be given a mini-warning before it hits.

Spend $6000 to be able to call on man’s best friend. You can unleash 4 dogs at a given time on the battlefield. Even if one is killed (100 health), it will be replaced by another.

There are always 4 dogs till the timer runs out, which is one whole minute. These dogs can kill enemies with one hit but human opponents will need to shoot at them multiple times for the kill.

You’re gonna need to spend $6000 for this bad boy that lets you control the Hind gunship. You now have both mini-guns (with infinite ammo) as well as rockets (5 second reload time after each rocket fired) at your disposal.

Both can deal up to 150 damage have a decent radius of about 3.5 meters. Thanks to its 8000 health, it cannot be brought down easily though if a rocket launcher is locked, you’ll received a warning.