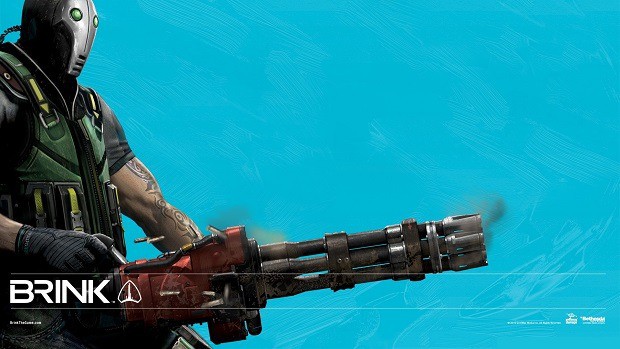 Brink is set in a man-made floating city called The Ark. The Ark is on the brink of an all out civil war between two factions: security guards, and rebels. You start off with one side but play your character through the missions of both sides. But the story feels like a bit of a miss as it doesn’t seem to involve any engagement of your character.

You have plenty of options to customize your character, you can change how they look and feel at start by playing with several modifiers the game offers. This is by far the most shining feature of Brink since it allows players to create unique characters for their teams. You can create a set costume and have all your team mates follow it to make your team look alike.

As you progress through the 20 levels of character progression in Brink, you will be unlocking new abilities and weapons of the class you have chosen. Though every weapon is available to all the classes, it requires a specific body type to use certain weapons so you need to keep that in mind when creating your character. 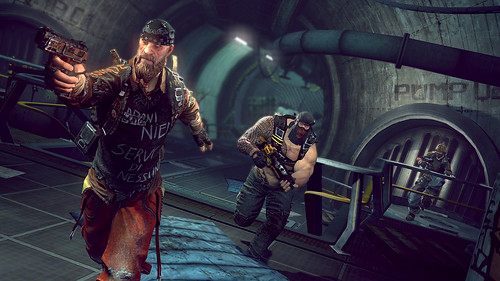 Each class in Brink is assigned 20 abilities and they can be unlocked with experience points earned by playing more of the game. Most of the class specific abilities are more or less addons. They don’t really provide much of an advantage to a player in public matches, but if you consider playing a tactical 5 Vs. 5 private match then they do come in handy.

Brink features class oriented objectives in multiplayer so you will be switching between classes at least when playing against bots but you can play your favorite multiplayer class when playing with Humans, hoping they know what they need to do. Challenge mode in the game puts you against waves of enemies to fight for a set objective, but doesn’t really test your skills considering the bots really push for the objective in the last minute.

Multiplayer matches can be really frustrating when your team members have no idea of the objectives and you are left with no option but to change your class just because of the nature of the objective. 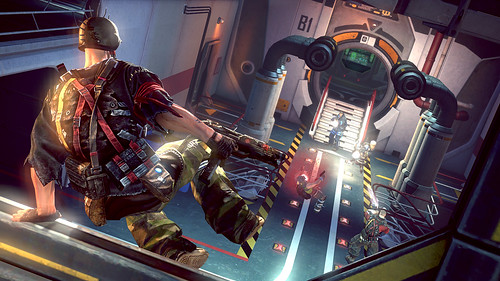 Another unique feature of Brink is the SMART system (Short for Smooth Movement Across Random Terrain) which lets you jump up and across obstacles in the map. You can slide, jump and get in cover using SMART movements and it is a fitting feature considering the gameplay mechanics of Brink.

Another core feature of Brink is its focus on team play. Rewards for helping the team more are provided to encourage greater teamwork throughout the multiplayer aspect of the game. Helping teammates by reviving, healing, and ammo replenishment, all reward you with extra experience points and in turn help you unlock weapons and abilities. 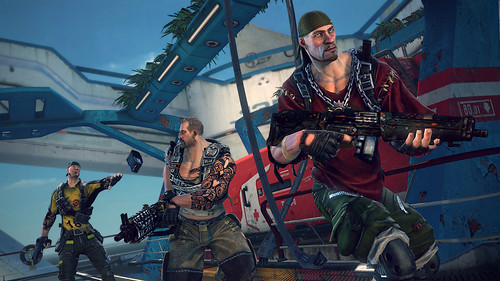 Brink’s Campaign can be played online with friends as well as offline with bots. The cut-scenes in between the missions which you can choose to play in any order try to narrate the story but at any point, they hardly engaged me or held my interest.

Multiplayer features eight maps with different objectives for each map depending on the faction you opt to play with. If your first objective is to escort a VIP then the opposing faction’s objective would be to stop you from escorting the VIP. One concern here is the questionable A.I. that comes into effect when your VIP starts moving in between the fire fights. They just keep moving to the escort point, it doesn’t seem to matter if you are outnumbered or overpowered.

With the release of the latest patches, most of the graphical issues have been fixed, the A.I is more responsive and consistent online lag which was a nightmare at first has also been fixed. After these few patches the game looks and plays better. 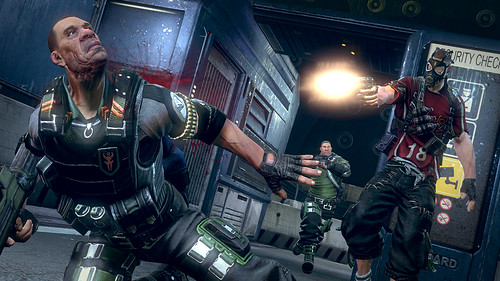 It seems the developers were more focused on the characters looking cool, but honestly, I feel the last thing someone cares about in a fast-paced first person multiplayer shooter is how they look.

Had these issues been resolved it could have been a potential contender for achieving greatness.