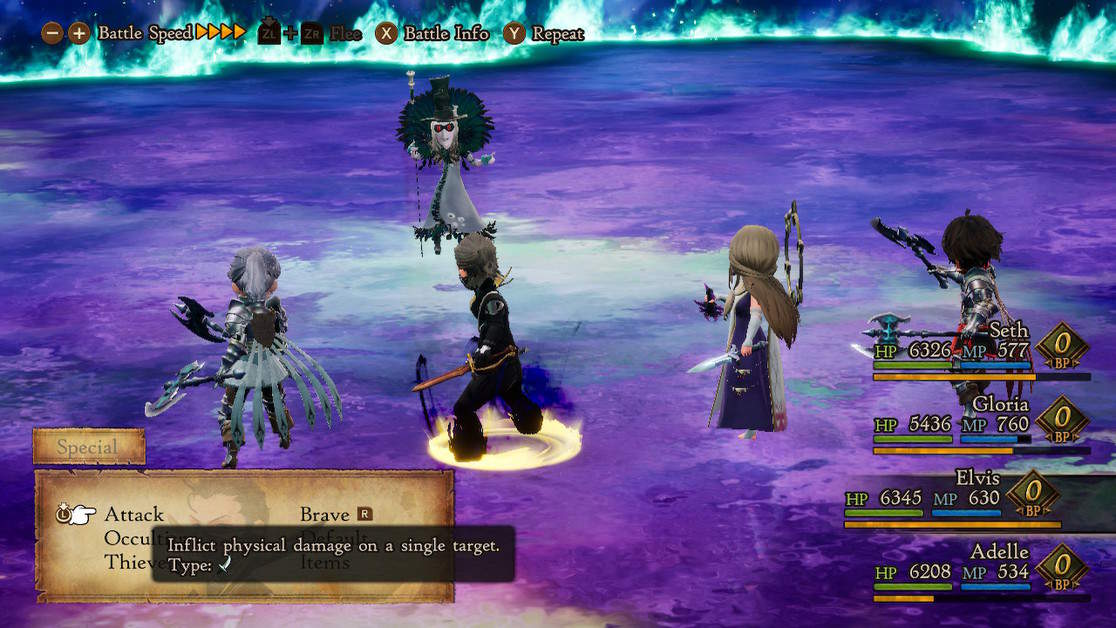 One of the most annoying and difficult monsters to defeat in Bravely Default 2 is Vigintio, the Arcanist. Vigintio uses Arcane sorcery to cast spells on his enemies. Beating him is difficult as he goes through three stages.

In this Bravely Default 2 Vigintio Boss Guide, we will cover the strategies and tips and tricks on how to defeat Vigintio.

Vigintio is the 13th  boss of Bravely Default II that you will face in Chapter 4. Vigintio will change phases three times whenever his health reaches 0.

Vigintio can easily take out all of your party members in a few spell attacks by stacking BP.

He can easily counter your magic attacks and physical attacks to use them against you.

One counter will give him one BP that, once fully stacked, can cause havoc.

The biggest weakness of Vigintio is Light magic, Spears, and Daggers. Using these against him will be the best choice to deal any damage to him.

Make sure to have equipped the Pure Healer for this fight for any chance of survival.

As the fight has three stages, you will be in need of heals during the whole session.

Equipping the Off the Chains and Flash the Cash jobs will help you a lot in this fight.

Do not use any partial healers for healing. Keep healing using Pure Healer to stay in the fight.

You cannot counter any of his attacks. You’re only bet is to keep healing and use Spears to deal damage to him.

Eventually, all three stages of the fight will be completed, and Vigintio will be defeated if you follow the strategies listed above.

You will get the Arcanist Asterisk after defeating him. This will give you access to Dark element abilities and non-elemental magic.