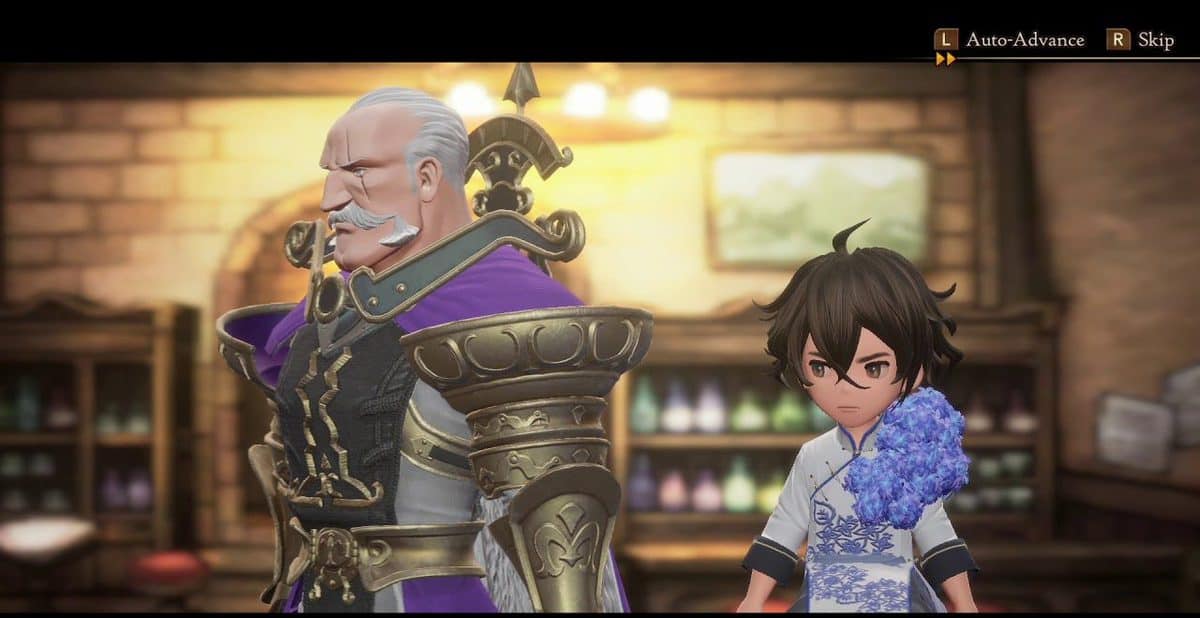 If you’re having trouble defeating Lonsdale the Bastion in Chapter 4 of Bravely Default 2, then we’ve got you covered with this Bravely Default 2 Lonsdale Boss guide where we’ll be walking you through this boss fight step by step.

You’ll encounter Lonsdale the Bastion in Chapter 4 of Bravely Default II. His outfit may remind you of Domenic the Oracle, but he’s far more powerful than him.

The main quality of Bastions is that they have incredibly high defenses, practically making an immovable force.

Not only are their defenses superb, but they also hit like a truck. Bastions are basically what you would get if you put the Shieldmaster and Vanguard jobs together and gave them spears.

Before we start with the walkthrough, let’s take a look at Lonsdale’s attacks first. Knowing his attacks before you enter the fight will help you out a lot.

As you can see, you’ll be needing some hard hitters to deal any sort of significant damage to Lonsdale.

The most annoying thing about this battle is that every time your party uses the Default command, Lonsdale launches a counterattack. This means that stacking up on BP will actually work against you.

Because of Lonsdale’s high damage output and the fact that this fight is going to last a relatively long time (due to his high defenses), it is crucial to have a healer at all times in this fight.

As for your attacks, the Thief’s Godspeed attack is probably the most important one to use. If you use it every turn, you’ll be able to reach the damage cap on it; provided you have the right equipment for it.

Another great way to go about this fight is to have a few Berserkers or Vanguards strike at one another using heavy attacks like Amped Strike or Cross Slash.

Remember to hit Lonsdale with a normal attack when he uses his Rampart move before you actually use a heavy attack on him.

An important thing to note for this boss fight is that since Lonsdale is only weak against Dark, bringing Mages to this fight is not a good idea; even though it might seem like that at first glance.

If you follow the tips above and become fully prepared before start this boss fight, you’ll find it to be a very simple and relatively easy battle.

Once you know what characters and accessories to bring and what attacks to use, all you really need to do is nullify Lonsdale’s Rampart move and keep your HP high at all times while you continuously attack him.

Once you defeat Lonsdale the Bastion, you’ll be rewarded with the Bastion Asterisk in Bravely Default II.