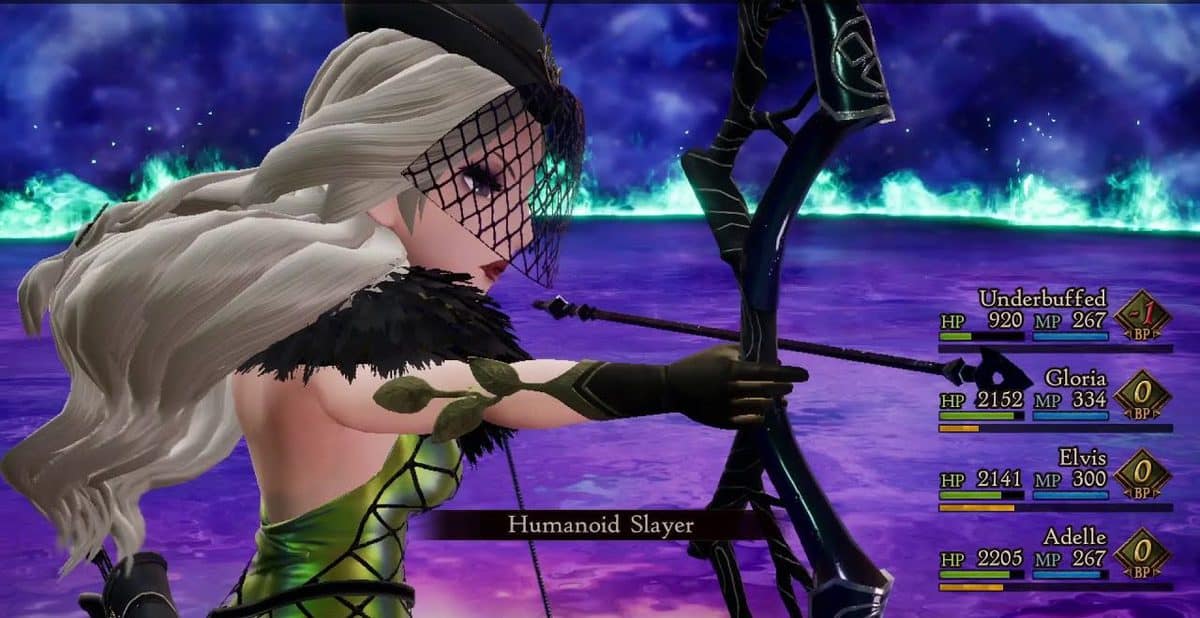 Bravely Default 2 has several tough bosses, with Lily the Ranger being one of them. In this Bravely Default 2 Lily Boss guide, we will enlist her strengths and weakness and will also tell you how you can beat her. Without any further ado, let’s get started.

Lily does not battle alone in this Boss fight. Picto-Amrita Demon also accompanies her in the battle. Lily has a bow and arrow that she uses to fire arrows at her enemies in quick succession.

Shadowbind
Shadowbind damages and applies the paralysis status effect/ailment to a single target.

Human Slayer
In Quickfire Flurry, bonus damage is dealt to Humanoid targets and is used to counter Savagery abilities.

Lily
Lily is weak against Thunder, Light, Sword and Staff and resistant against Wind, Dark, Dagger and Bows.

Sub-Jobs
Sub-Jobs recommended for Lily are White Mage and Beastmaster.

You have to keep in mind the weaknesses and the strengths of both Lily and Picto-Amrita Demon while attacking them.

Since Lily is Weak against Thunder, Light, Sword and Staff, you must use these weaknesses to hurt her as much as you can.

A balanced party is recommended for the fight with Lily, including a filler, a healer, and a fighter/tank like Job.

Lily only does physical damage, so you don’t have to worry about other attacks and can use Protect against her Physical damage. You will have to cure the Paralysis effects as it is her go-to attack for your party.

Hit Lily constantly with a Sword user like Vanguard Job and your hardest-hitting ability.

Neo Cross Slash is very effective against her. Since it allows the player to wield a sword and that is Lily’s weakness. You can use this in your favor and cause a great deal of damage to her.

Use the Bard’s Don’t Let’Em Hit You buff against Quickfire Flurry attacks and believe me, there will be a lot of them. Make sure to follow up with Curaga to recover. You have to finish Lily first and then focus your energy on Picto-Amrita.