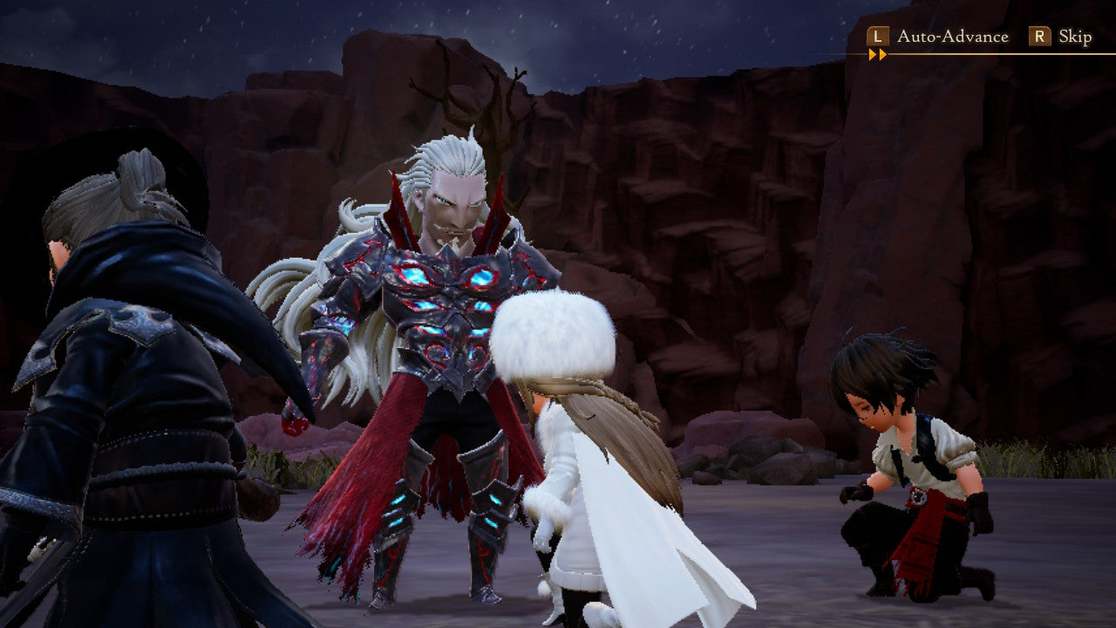 Adam is the last boss that you’ll fight in the fourth chapter of Bravely Default 2. Defeating Adam will unlock the Hellblade Asterik job.

To give you a quick picture of how challenging this fight would be, you can easily mistake Adam as the final boss of the game, even though he’s not.

Fighting Adam
The Moves with which Adam attacks you take away some of his own HP as well. You might mistake this as his weakness until his Minus Strike comes in.

This Minus Strike is dependent on the remaining HP of the boss. Less the HP, more powerful the attack. This attack alone can throw you off the battlefield, so watch out for it.

If this wasn’t challenging enough, Adam can also heal himself using his Heavencloud Blade and Deal with the Devil ability.

Vanguards and Berserkers are the best classes that you can pit against Adam. Their Neo Cross Slash and Amped strikes will give Adam a tough time on the battlefield.

Also, keeping a Spiritmaster in the team can give you a huge edge over the boss. Lastly, you can use Oracle’s Noble Sacrifice ability against the boss, but only once.

All kinds of status ailments are rendered useless against Adam. Your best offense should be the axes. Even Mages won’t be of much help against this beast.

Adam’s Attacks
Here are few attacks that you need to look out for in particular while fighting Adam.

All of these attacks, in return, will lower the HP of the boss as well.

Other than that, all of your physical attacks will be countered by Adam, and he’ll respond with an attack of his own.