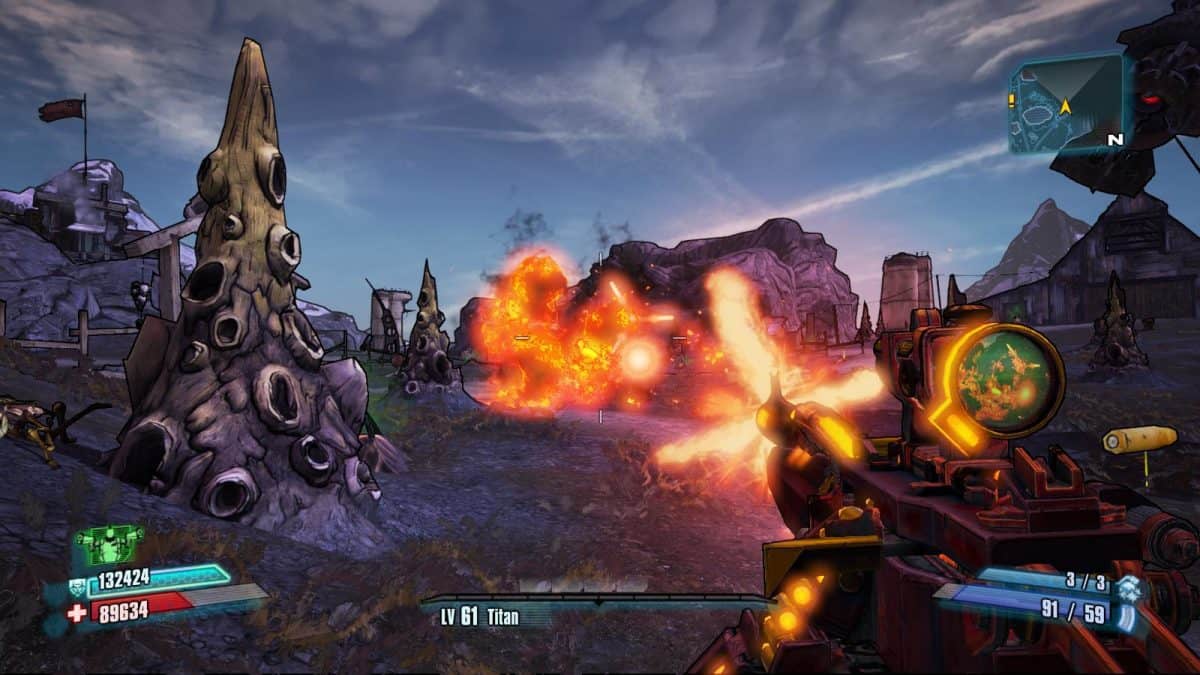 Thanks to the reliable Unreal Engine 3, Borderlands 2 runs smooth as butter on most PCs that are up to modern standards. However, that’s not to say that there aren’t exceptions but for those, this trusty Borderlands 2 Performance Tweaks guide should be enough.

Some unlucky folks have experienced delayed texture spawning, and many others have complained about limited options for their needs.

Thankfully, the Unreal engine offers a large amount of options through the unorthodox method of tweaking ini files.

Note: Tweaking the setting files of the game can be risky, and may make the game malfunction. Thus, perform these tweaks at your own risk. Make sure you make a backup of whatever you will tweak!

WillowGame
The main files for the stored settings in Borderlands 2 are called WillowXXXX, and are ini files.

Note that there is an additional Willow Game folder in the directory of the main installed game. However, this one has ini files with names as ‘Defaultxxxx.ini’. These are the default settings for the game, and should not be meddled with.

The WillowGame.ini and other ini files have variables which are categorized under headings.

Make sure to back up the entire WillowGame folder, and also your save game files. Save game files are located in:

Deactivating Starting Videos:
If you’re sick of seeing the initial videos and don’t want to bother clicking again and again to skip them, you can choose to completely disable them from the ini file. This can be done by observing the variables under the [FullScreenMovie] in the WillowEngine.ini and changing them.

Search via Ctrl+F to find the following:

In front of all the StartupMovies variables, add; to make it look like this:

Framerate Smoothing
Framerate smoothing is a variable that attempts to sort of improve the change in frame-rates in the game. This however can actually cause some performance drop. If you have variable fram-rates in the game along with stuttering, you might want to disable it.

Search for the following in the WillowEngine.ini file:

Set this to FALSE if it is on, to make it look like:

Disabling Cel Shading
If you want to get rid of the black outlines and make the visuals more realistic, and also perhaps to increase the performance, you can try and disable Cel Shading.

This can be done by altering the following command:

Change the Willow with the ScenePostProcess to Ryan.

Texture Popup
Sometimes there is unwanted texture popup while opening loot and ammo containers. If you are finding it annoying, you can change all the following variables to 0 in WillowEngine.ini:

Improving Anti-Aliasing without Performance Loss
If you want to improve the jagged edges of textures without any noticeable amount of performance loss, then download the following:

SMAA instead of FXAA
If you feel that FXAA is too blurry and causing you problems, you might want to use the SMAA injector. Download version 1.2 from the website.

Extract the files, and then go to the d3d9 folder. Drag all the files there to:

Do note that the above is the installed game directory, and NOT the My Documents directory. Play the game and you should see that SMAA is forced, and there will barely be any performance loss.

Enabling Console
If you want to enable the in-game console, go to the WillowGame/Config directory in My Documents/My Games/Borderlands 2 and also in your installed game directory.

In both of these, open the Input ini files. These would be:

WillowInput.ini in the DOCUMENTS directory

DefaultInput.ini in the installed directory

Tilde is the ‘~’ sign which will be used to open the console in-game.

Changing Field of View
After enabling the console, you can change the field of view in-game by typing the following command:

If you have any additional tweaks that you might want to share with us, please do so by commenting below.