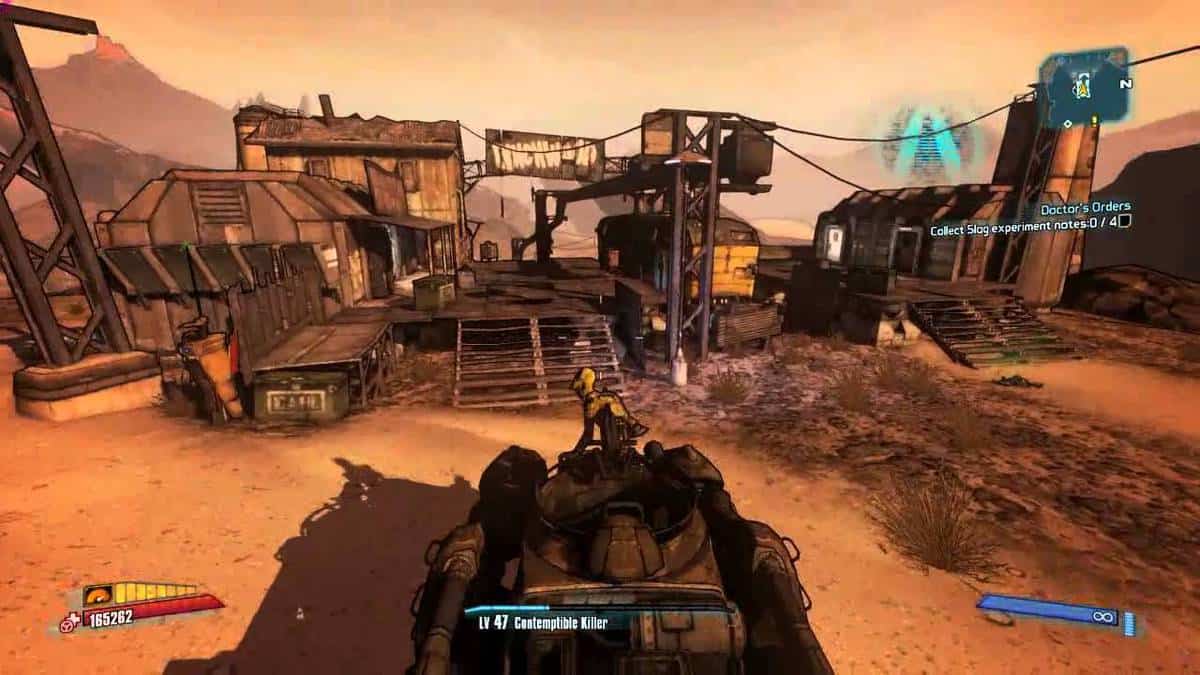 If you are interested in knowing more about your four main characters in Borderlands 2, you will have to find some Lost Echos as part of a quest. This Borderlands 2 Hidden Journals Quest guide will help you track down these Lost Echos and learn character backstories.

Finding Lost Echos can be beneficial in many ways. For instance, a side quest (Hidden Journal) requires you to collect four echos. Then you can hunt for the lost treasure. More importantly, you will be racking up badass points as you find these hidden recording devices.

For more help on Borderlands 2, read our Leveling, Boss and Co-op Guide.

In this guide however, I will be focusing on the lost echos related to the “Hidden Journal” Side Quest and the ones that tell the back stories of the characters. Let’s get started:

After talking to Patricia Tannis, you will be able to start this side quest. The first one can be found on the Highlands-Hyperion bridge. Head east from the bridge to Frothing Creek Mill. You will be able to spot a wagon just beside the mill.

Shoot the racks holding the ramp. You can now access the wagon and get the first echo recorder.

For the second Lost Echo, head over to Highlands-Overlook area and then turn east to the Blake Bridge. Reach the Old Cranky’s Pond and look for a boar in the water section.

A deadly Pyre Thresher will spawn as you reach the hut over the pond. To deal with him, you can take cover under the hut too for increasing your armo. The recorder can be found inside the boat.

For the third recorder, head towards the Aggregate Acquisition. Cross the bridge with the constructor and head in the left direction. You will come across a room with electricity all over it.

There will be a fuse box for the fence on the tower directly above the room and you can reach the room by dropping down from the dirt path once you have encountered a constructor. You need to shoot the fuse box first before you can enter the room and get the recorder.

However, if the echo is inaccessible because the backdoor has failed to open, you will need to save and exit the game, and restart.

The 4th ECHO (final) can be found under the Blake Bridge. Head down the stairs beside the bridge and jump from one beam to another but stay vigilant as there are threshers underneath which might hurt you if you fall. Head further this way until you find a room with broken girders.

You need to cross the girders in order to get the final Lost echo recorder but it is also quite near to the wall on the other side, so it can be just sucked if you try looting the objects nearby.

Now, if you are into knowing how the hell these Vault hunters got to Pandora or what is their background story, you can satisfy the curiosity by collecting the concerned lost echos.