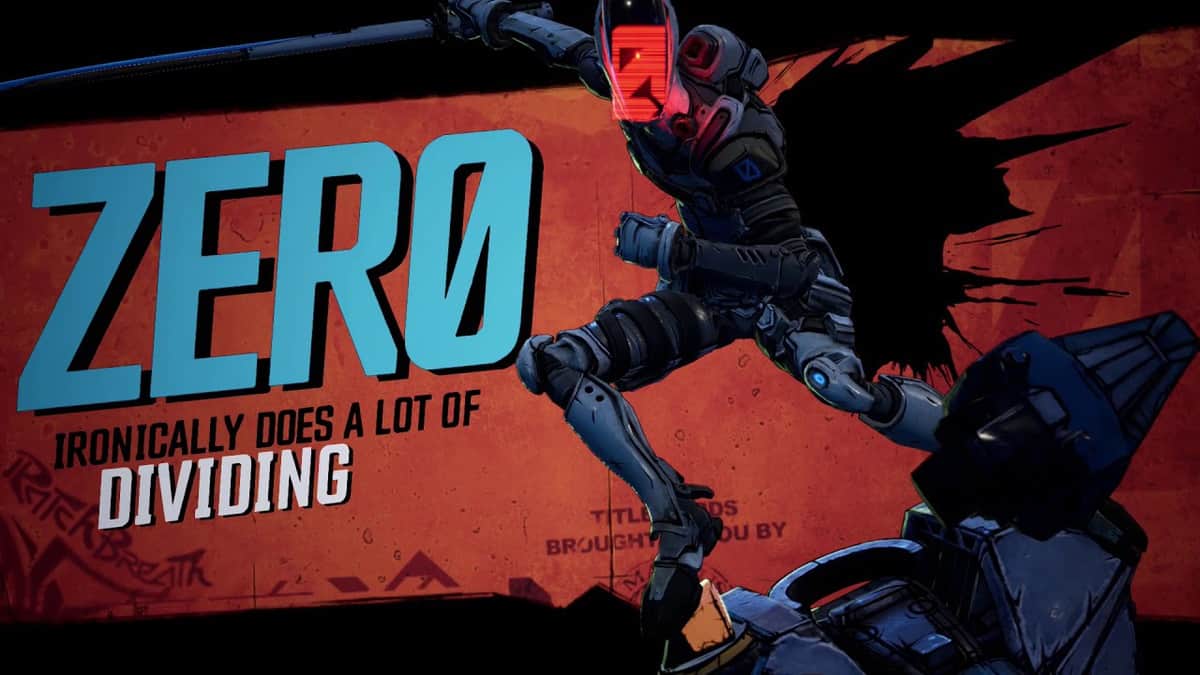 When the class revelations of Borderlands 2 started to roll out way back last year, it wasn’t unnatural to get overly excited about Zer0, the mysterious but ultra-cool cyber-ninja Assassin, who has a thing for cutting, deceiving, and head-shooting any threat he finds. To play him efficiently, we’ve set up a few Borderlands 2 Assassin Zer0 Builds for you to look at here.

Note that though open to change, these builds tend to work best in co-op play.

The first build we look at is the way people would conventionally play Zer0: close-ranged and aggressive. With some powerful melee-buffing abilities in the Bloodshed and Cunning tree, Zer0 can unleash the violent side of himself and become a lethal slaughterer.

While this build does leave Zer0 a little vulnerable because of its close-ranged nature, it gives him added advantage in speed and melee power, enabling him to dish out large amounts of damage to nearby enemies extremely quickly.

To get some health, we will maximize Iron Hand, and then follow up in the Bloodshed tree with everything that would buff our melee powers. You don’t really need to max out Backstab here, because we’ve got that covered in the Cunning tree.

The idea to invest 5 points in “Like the Wind” instead of the economical-but-effective ‘Many Must Fall’ is a debatable one. If you prefer the latter, you can take out the points from Like the Wind and put them in Innervate in the Cunning tree instead. The choice is yours.

I would recommend going through the Bloodshed tree first, to become a little beefy and overpowered in-terms of melee damage, and then focus on refining your build with investments in Cunning.

This is the alternative iconic way to play Zer0: as an assassin sniper. While many will play with the ‘sniper’ aspect of the character in mind, it can get a little daunting, as you cannot expect to have your scope equipped all the time and against all kinds of enemies.

Hence, to sort of refine our recipe, we’ll add in a bit from the Cunning tree.

Putting aside the slightly increased difficulty of playing as a Sniper Zer0, the Sniping tree has some fantastic set of abilities, which will greatly escalate your critical hit chances and general damage output.

Headshot and Killer are fantastic choices, and easily preferable over Precision and Optics for a damage-focused build.

Another must-have skill is B0re, which is really a centrally important part of playing as a non-melee Zer0.

For the Cunning tree, things go a little conventional, increasing the utility aspects like increased movement speed, faster weapon swapping etc. – all of which is quite necessary when you are scoping away.

The idea of a ninja meat-slicing Zer0 is attractive, and so is that of him taking headshot after headshot behind the scope, but many people prefer to play him in a more conventional manner.

This build does exactly that, with more focus on the Cunning tree to get some utility buff, allowing you to effectively use mid-ranged weaponry like SMGs and Shotguns regularly, and switching to the sniper when it seems convenient.

Innervate and B0re are the two main abilities in the skill tree point distribution, and you would want to work your way to Innervate first in this regard.

I suggest to progress this build by having a 3:1 point investment distribution between Sniping and Cunning, until the latter fills up, after which you can fully invest in the remaining required Sniping abilities.

We aren’t only taking abilities from Sniping just for the sniping aspect. The tree actually has some really useful damage buff skills, and B0re is as always an excellent ability.

With combinations of Velocity, B0re, Innervate, and stacks of Rising Shot, you can become lethal with any kind of projectile weapon at hand.

This is a hybrid build for Zer0 which utilizes his critical hit abilities and ninja skills. Though it primarily focuses on the Sniping tree, the build gives you a good mix of weapons to choose from.

Shotguns actually work great with this build, especially since we’ve added points to Iron Hand, which also grants you some health, and can be super-effective when dealing in close-ranged premises. The rest of the wonders come from the increased critical hit chances and massive damage bonuses from the Sniping tree.

Once again, B0re is your bread-and-butter ability, and can turn the trusty Shotguns into even meaner machines if you line up your shots properly.

Velocity and Precision should get you speedy and accurate enough to dish out tons of damage without any weak gap, and One Shot One Kill works wonders with Shotgun initiation again.

On the slightly less bright side, this build is a little tough to play, especially if you have a weak team. But if you’ve got some organized fellows willing to give you support in the back, then its time to pop up that zero on your face and Shotgun your way through enemy threats, ninja style!

If you are a melee attack kind of a player or want to fight more this way, this build is just for you.

This build includes great skills such as Execute of Tier 3, which makes Zero better than Borderland 1’s Berserker by granting a Lung Melee attack ability to attack within 3 meters and deliver massive damage.

The Tier 3 of this build grants amazing skills of Unforseen, Followthrough and Execute. Unforseen grants inflicting rank 5 shock damage when you come of the Deception. The Followthrough increases movement speed and gun damage by 40% and 30% respectively by killing an enemy.

Specifically for those who like close-range combats including both guns and melee. It combines the non-sniper guns with Deception and even Execute at Tier 3.

First of all you get a major increase in melee damage and weapon speed as you get the skills of Head Shots, Fast Hands and Iron Hands.

Next you get Killer, Fearless and Grim skills. Grim is already described in Build # 5. The Killer skill increases critical hit damage by 50% and Reload Speed by 75% for a few seconds after killing an enemy to enhance your Combo. Fearless activates when you shield is depleted, increasing fire rate by 25% and Gun damage by 15%.

Best skills of Close Range & Balanced build are those which you get in Tier 3. They are Bore, Velocity, Rising Shot, Followthrough and Execute. The Bore skill is 2x sort of skill, dealing 100% more damage and even you can see the pierced spots of enemy while in Deception Mode.

The Velocity skill increases Bullet Speed by 100% and enhances Critical Hit damage by 15% whereas Gun Damage by 10%. The Rising Shot skill gives the ability where each attack gives you a damage stack of up to 5. Gun damage and Melee damage is increased per stack by 30% and 40% respectively.