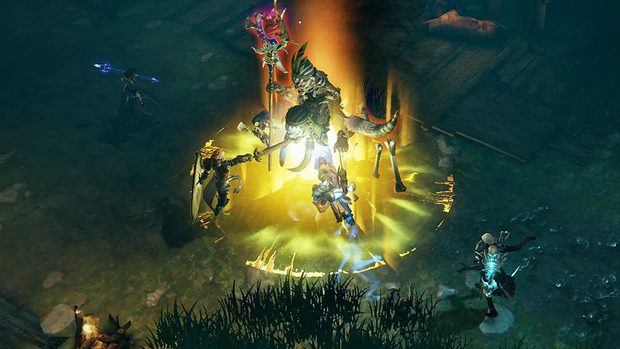 Senior staff members at Blizzard have revealed that they have many more mobile games in work after Diablo Immortal which we are guessing to be Warcraft and Heroes of the Storm. Diablo Immortal was the first mile exclusive game by blizzard but it’s not going to be the last one, Blizzard assures.

Adham of Blizzard revealed during Blizzcon conference that their best developers are working on new mobile games.

In terms of Blizzard’s approach to mobile gaming, many of us over the last few years have shifted from playing primarily desktop to playing many hours on mobile, and we have many of our best developers now working on new mobile titles across all of our IPs. Some of them are with external partners, like Diablo: Immortal; many of them are being developed internally only, and we’ll have information to share on those in the future. I will say also that we have more new products in development today at Blizzard than we’ve ever had in our history and our future is very bright.

Keeping the recent backlash aside for now, these upcoming games could include Warcraft mobile. Warcraft is a series of games made by Blizzard and having one on mobile is definitely a possibility since Blizzard doesn’t have any plans for Warcraft 4.

Another mobile game could be Heroes of the Storm which originally released back in 2015. It’s a battle arena based video game. Now, what will make Heroes of the Storm mobile a hit is the inclusion of heroes in it from other franchises of Blizzard including Warcraft, Diablo, StarCraft, The Lost Vikings, and Overwatch.

Now let’s talk about the Diablo Immortal which was a big disaster for Blizzard but it looks like they are not taking any step back by releasing more new mobile games. Diablo Immortal was revealed at Blizzcon and immediately everyone made it clear that they didn’t want it. Everyone was expecting a PC game to be announced, new Diablo game most likely but it didn’t happen.

The backlash continued online as its official trailer on Youtube was flooded with negative comments. It was also reported that Blizzard started removing these comments to cover what they have done.

It didn’t end there, on Monday New York Stock Exchange opened and we saw that Blizzard took a financial hit due to the announcement of Diablo Immortal as their stock value dropped by almost 7%.

Now if you think it’s just the gamers disliking it well it’s not that. Producer of Diablo 2 also took the opportunity to talk about this awful reveal. He mentioned that Blizzard doesn’t understand gamers anymore and they revealed it with a “bait and switch moment”.

Though Blizzard realized it later and hinted at Diablo 4. They said that they have multiple projects in works. They also said that Diablo is a tentpole franchise. It’s obvious that they might be working on Diablo 4 but with these mobile games in mind, it could be delayed further.

We hope that Blizzard learns from the Diablo Immortal backlash. We don’t mind having more mobile games as long as we get a new major Diablo game on PC.