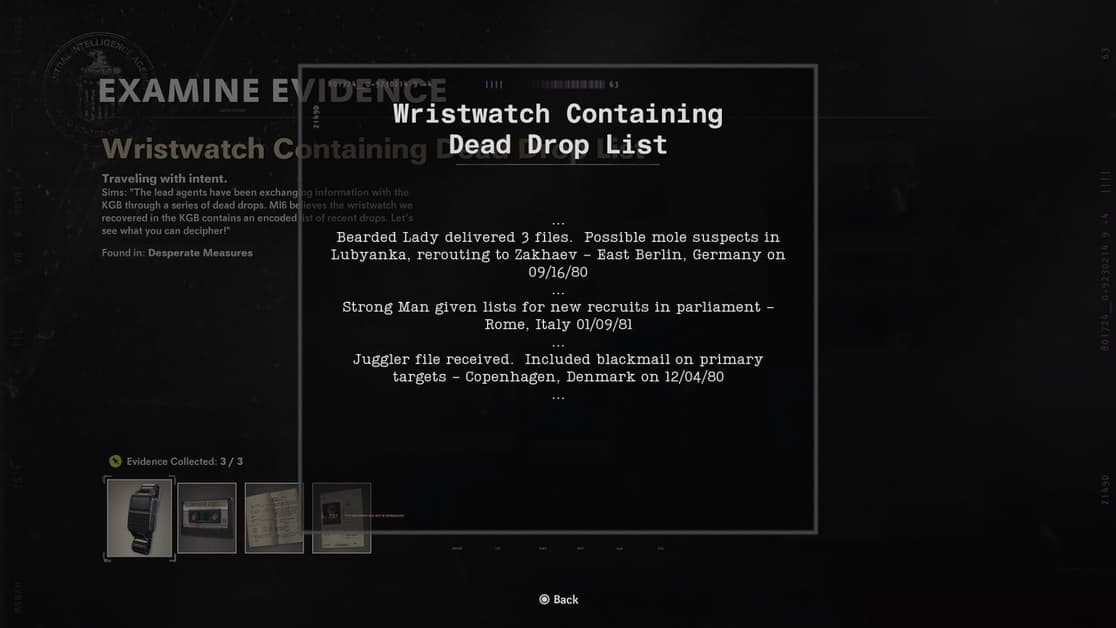 Operation Red Circus in CoD Cold War requires you to uncover the identities of double agents working for Persues.

This will not be an easy job as you are required to find evidence in other missions, which will lead you to solve the Red Circus case.

The evidence is certain collectibles that will solve the riddle and help you successfully complete Red Circus in Call of Duty Cold War.

You can access these side missions through the Evidence Board in the safe house. Let us dig deeper into uncovering the double agents working for Persues in the guide below.

You need to identify the three double agents in this mission for which you need to obtain the relative evidence.

In order to identify the moles in the first place, you need to have three suspects!

To get those three suspects, you need a potential lead to identifying them. You need to find the evidence throughout the course of playing the campaign to obtain those leads.

The first evidence can be found in the Brick of War mission.

This collectible is the Kraus’ Ledge, which is present in his apartment, in the top drawer of the cabinet right by his bed.

The second evidence is a tape that you can find in Echoes of Cold war mission while playing the campaign mode in Call of Duty Cold war.

This tape is an Audio Report in Moscow. When you enter the main structure and reach the command room with a collapsed gateway, look for the tape on the table.

It will be right next to a mug, ashtray and the payphone.

The third evidence is the Dead Drop list, which can be found in the Records Room while playing Desperate Measures.

Once you have the three pieces of evidence, you can narrow your way down to the three suspects.

The Kraus’ ledger will give you the travel dates and the cities and so will the Dead Drop list. The Tape will help you identify the gender of the suspects.

In this way, you will be able to narrow your list of possible suspects, after which you just need to mark them on the evidence board.