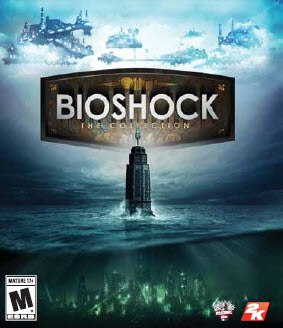 It has been at least half a year since we have been hearing about Bioshock The Collection, however, 2K Games have remain as quiet as a lamb when it comes to official confirmations etcetera.

However, this time the news has come from a rather legitimate source. The Taiwanese game ratings board has listed the collection for rating, and since it is a ratings board and not just a retailer or a publication, they can’t just go ahead and put up a game for no reason.

If it has been rated, it means we are definitely nearing the release.

Not only that, the rating has also leaked the official boxart of Bioshock The Collection. It is nothing short of art; you can see the underwater city from far away with the clouds taking the shapes of dystopian landmarks of sorts.

Last but not the least, the rating suggests that the collection is going to be released on PC, PS4 and Xbox One, but there is no release date in sight.

Looking at the franchise’s releases, we can expect The Bioshock Collection to bring you the original BioShock, BioShock 2, BioShock Infinite as well as the downloadable content packs that had released with them. But we would still look for official word on it.

Since the collection has been rated, and it already has a cover art and the platforms all decided, we are sure the release will be around the corner. Watch this space for more news – that is if you are not tired of getting half the games on Xbox One and PS4 as remakes, of course.