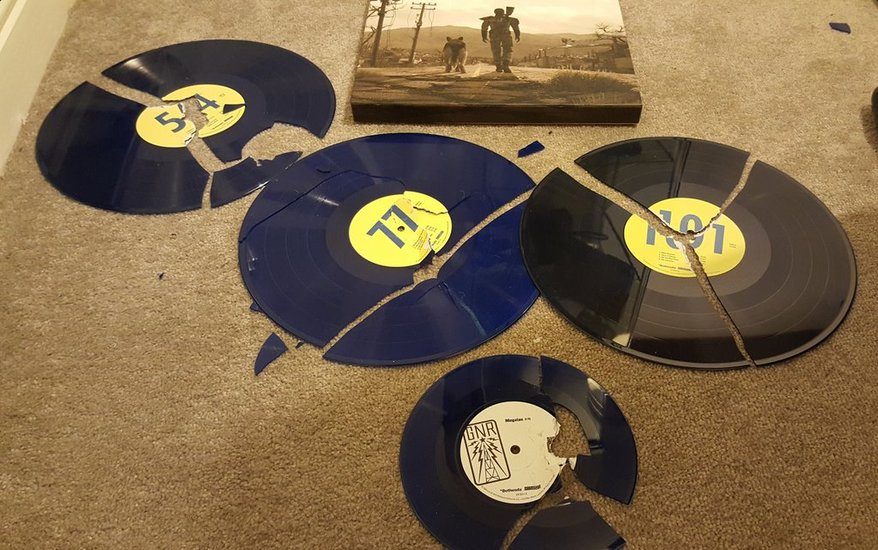 Well, it is not uncommon to order a product and see parts of it, or entire product, not working properly. Normally, we would kindly ask the manufacturer for a refund.

This is exactly what Paul Watson did. Paul is a fan of Fallout games and its soundtracks so he ordered a $125 limited edition four-disc Fallout 3 vinyl soundtrack. Sadly, one of the four discs was warped so he asked Bethesda for a refund.

This situation should have ended with Bethesda giving him his $125 back or a replacement. However, what happened was something I personally haven’t seen or heard off before. When Paul asked for a refund Bethesda sent him $25 which is obviously $100 less than the price he paid.

Because only one disc was warped, Bethesda wouldn’t give him the rest of his money. He contacted customer support and was met with a strange suggestion/demand. It was something strange he had to do in order to get a full refund.

Bethesda asked Paul Watson to destroy the other three discs and sent photos as proof to get a refund.

Well, my experience with Bethesda support has reached its pretty horrifying conclusion. pic.twitter.com/OOPNu6HAZy

Honestly, this is just hilarious! Hopefully, they would ask us to nuke Fallout 4 Pip Boy if it was broken on arrival.