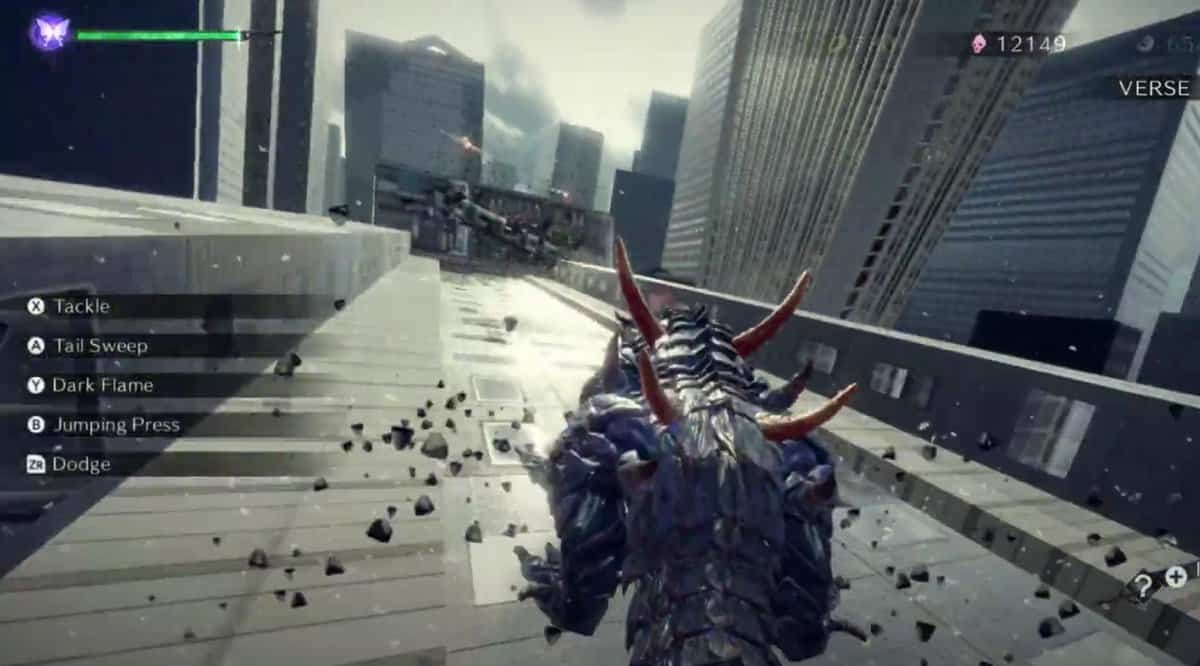 The action-adventure game Bayonetta 3 is jammed packed with many missions, activities, and side tasks throughout its various chapters that players can take part in. Bewitchment, or as we like to say, witchy achievements, are a type of challenge in Bayonetta 3 that players unlock once they have cleared a chapter. They are like bonuses that allow players to have a consistent involvement with the game and not lose interest.

In this guide, we’ll walk you through all Bayonetta 3 chapters and how you can unlock Bewitchments in each. So without further ado, let’s begin.

As mentioned above, Bewitchments are achievements that players can unlock once they have cleared a level. Some may unlock in your first round of the chapter, while others may require you to go for a second round.

Bayonetta 3 has a total of 14 chapters and a prologue; hence you’ll be able to get all 15 of these. As far as we’ve noticed, Bewitchments doesn’t really bring a lot to the table. Having collected all of these give you some major bragging rights, and they really show your ability to cope with various challenges that these throw in your way during the collection process.

What do Bewitchments do in Bayonetta 3?

You’ll essentially get the first Bewitchment when you complete the Prologue. Finish the deck battle and make sure you don’t come in contact with clouds of erasure, and also avoid Kraken’s ink.

Taunt any enemy on the field and unleash Gomorrah’s Gripping Bite on Cumulonimbus. Once done, finally deliver damage to Kraken’s tentacle by using Gomorrah 5 times.

Get rid of any three obstacles as you ride Gomorrah and grab a hamburger. Now make your way to the Shibuya landmark and defeat 5 Stratus inside the train. Finally, defeat Pannus without having it split.

Watch MC Enzo’s show through the monitor and then scare three cats using the Infernal Demon form. Now, Ride Phantasmaraneae and stop Asperatus with the help of Webs for about three times.

From the giant lantern, extract the Halos and dodge trains as you move forward. Now, break the Iridescent Core and hit Arch-Iridescent by using SinGomorrah’s flame for about three times.

Head to the Lotus Field located in Ginnungagap and walk across the lava with the help of Phantasmaraneae Masquerade. Use Congestus’ control time and break Virga. Finally, hit Mediocris by using the Infernal Demon attack three times.

Get rid of the fire and climb to the top of the building. Execute a bare-handed combo on an enemy and use the ladder before Luka passes it. Finally, break the Volutus.

Chapter 6 – Off the Rails

Remain on the lava wheel for a good 5 seconds, and then make your way across the broken path. Avoid the debris and bounce Arch-Pyrocumulous attacks three times consistently. Finally, use Phantasmaraneae to get rid of Pyrocumulous.

Touch Chesire mirage three times and dig for treasures in the desert. Next, look straight into the Mural of Enzo for about 3 seconds and then head across the quicksand river. Finally, defeat the 3 Uncinus.

Get to the top of the windmill tower and then head to the temple to get rid of 5 Baal statues. Next, go to the hidden room and hit Castellanus’s core and then Murus with Baal’s poison rain.

Begin with scaring 20 resting Malphas demons and then safely exiting from the erasure clouds.

Complete the sand sliding task and start the battle. Execute five torture attacks during the battle atop the Tower of Pacts.

Start by stepping on ten stained glass shards and then go to the top of the stone tower located in Thule. Next, go to Ginnungagap and avoid Strider while he’s in his special field. Finally, defeat all mall Golems.

Find items from the underground tunnel and go forward to attack Rosa’s Umbran Armor to obtain the secret item. Travel through the Mictlantecuhtli and then attack Rosa. Finally, get rid of all 50 Lacunosus.

Chapter 12 – The Edge of Madness

Conclude the Baal Zebul’s performance and then head to the ground tunnel to defeat all enemies. Finally, knock down any helicopter you see as you ride Gomorrah.

Chapter 13 – Kingdom of One

Collect 25 lotuses in Ginnungagap,and after that, enable the Perfect Witch Time 5 times as Madama Butterly. Next, avoid Dark Adam’s attacks and attack Aureole with a Madama Butterfly’s Flutter Kiss.

Finally, knock out any one of the enemies as you approach the collapsing Ginnungagap.

Safely end the Singularity Chaos fight and execute Crow Within attack as Bayo 1 on Singularity Definition about five times.

Watch the Bayonetta story end and then again hit Singularity Definition five times, but with Madama Butterfly as Bayo1. Finally, get rid of Homunculus, and you’ll receive the final Bewitchment.

In Bayonetta 3, you can get this Bewitchment by clearing the chapter that involves Jeanne with 60 seconds left in it. You also have to collect all the Lotuses in the same chapter.

To get this Bewitchment, you need to collect all the Lotuses and Hourglass in the City of Glass with 160 or more seconds left in the timer.

To get this Bewitchment, you need to gather all lotuses in the Worlds Apart. This chapter needs to be finished without getting any damage related to Lava with 120 or more seconds left on the clock.

In Bayonetta 3, you can get this Bewitchment by gathering all lotuses without getting any lava damage. All this with 150 or more seconds left on the clock.

Chapter 6: Off the Rails

Find Fortitudo in the Off the Rails chapter along with Bayonetta to taunt and deal damage using the Infernal Demon five times.

The Burning Sands chapter terrain is filled with pits and quicksands and you need to find a way complete the chapter without falling into them. These quicksands also have the 3 Uncinus that you need to defeat.

You need to do all these things with 100 or more seconds left in the clock to get the Bewitchment.

To get this Bewitchment, you need to collect all the Lotuses and Hourglass in A Croaking Chorus with 160 or more seconds left in the timer.

You will come across an enemy called Baal that you need to defeat using the Ribbit Libito BZ55 by taking help from Jeanne. The Bewitchment will be awarded if you kill Baal before she uses the Poison Rain.

While fighting, the electric and wind attack of the Cirrostatus and Cirrocumulus in this chapter needs to be avoided. You also need to

In Bayonetta 3, you can get this Bewitchment by defeating the Lacunosus with the help of Voila. All within 130 or more seconds left on the clock.

Chapter 12: The Edge of Madness

To get this Bewitchment, you need to collect all the Lotuses and Hourglass in the Edge of Mountain with 200 or more seconds left in the timer.

Chapter 13: Kingdom of One

To get this Bewitchment, you need to equip Abracadabra and use it to kill 5 or more enemies. You also need to perform 3 counter summons with the same weapon.

In Bayonetta 3, you can get this Bewitchment by finishing this chapter without being afflicted by the Kraken Bite Attack alongside Bayonetta. The Infernal Demon also needs to be checked and needs to be regulated within safe limits.

Side Chapter 1: The Crimson Shadow

Get in the waters of the Crimson Shadow to look for Hidden Pathway and avoid getting any damage underneath. You then need to execute 3x Stealth Kills and defeat Affinity. There will be 5 Homunculi found in the chapter that you need to kill as Cutie J.

Side Chapter 2: The Lynx Strikes

In this chapter, you need to find all the Halos as well as one Rocker Launcher which can be sourced from the Supply System. You need to find and defeat the enemy named Affinity.

When you will encounter Cumulonimbus attacks, avoid getting hit by any of his attacks.

You can get this Bewitchment by finding and killing 3 enemies: one by using Stealth and the other two by using a Shotgun. Collect teapot from the Supply system and avoid getting stopped on the elevator. Finally, you need to find and kill Affinity.

Side Chapter 4: The Doctor’s Out

You first need to kill 10 enemies that will be riding the motorcycles by slamming into the barriers. After killing them, take their motorcycle to do the wheelie jump and avoid getting hit by any obstacles.

While playing as Cuties J, you need to defeat twenty Homunculi and also defeat Acceptance.