Battlefield V To Include Bad Company 2 Remaster, Battle Royale Mode To Be Free-To-Play 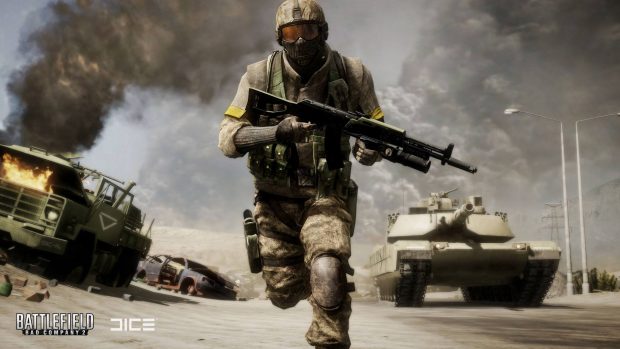 Battlefield V is one of the most anticipated games to launch this year, however, if the report is to be believed then we will be getting a Battlefield Bad Company 2 remaster and the battle royale mode is going free-to-play.

This rumor comes following the report that Battlefield V pre-orders are 85% behind Black Ops 4 and the game is headed towards a serious disappointment.

According to the rumor, Battlefield V pre-orders have exceeded Titanfall 2 pre-orders and its first-week sales combined which indicates that the pre-orders for the battlefeild V are not that below expectations.

Not only that, the rumor suggests that to boost the game’s sales post-launch EA is considering to make the Battlefield V Battle Royale mode free-to-play.

Furthermore, the report suggests that to boost Battlefield V sales/pre-orders, EA is considering to follow the launch of Call Of Duty: Infinite Warfare as it featured Modern Warfare Remastered.

According to the rumor, EA will include Battlefield Bad Company 2 remaster with Battlefield V as a means to boost the game’s sales.

Given that it is just a rumor take it with a grain of salt. However, I would be really interested in Battlefield Bad Company 2 remaster and will definitely pick it up.

Grand Operations will be the only new game mode that will be playable at launch that is if DICE doesn’t delay it too.

Battlefield V is a first-person action shooter in development at EA DICE and is scheduled to launch on October 19, 2018, for PC, Xbox One and PlayStation 4.