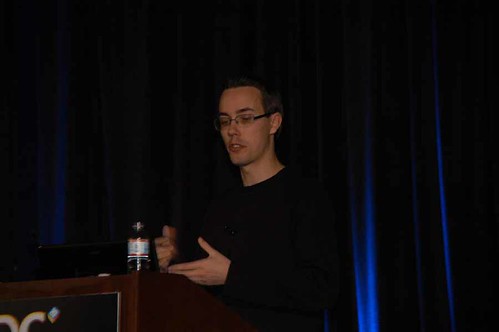 DICE Rendering Architect, Johan ‘repi’ Andersson during his keynote on GDC 2011 talked about ‘DX11 Rendering in Battlefield 3’. Japanese website Game Watch Japan has posted the pictures of the lecture in which he talked about these aspects about following aspects of the game. (Read the slides extracts)

Battlefield 3 is a big title will drive OS and HW adoption.

DICE has said they will post slides and presentation material on publications.dice.se after GDC.