Battlefield 1 Netcode Seems Better Than Battlefield 4 Based on Analysis 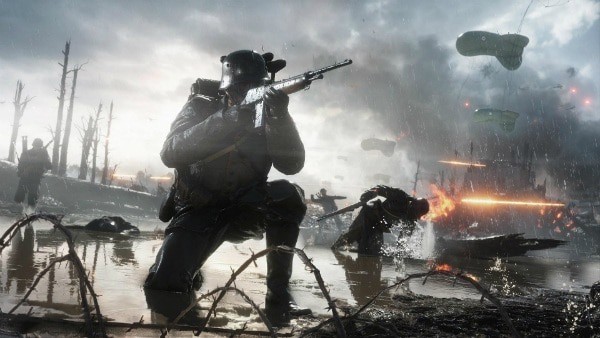 There have been a lot of games this generation with launch issues, and Battlefield 4 was one of them. The real issue with Battlefield 4 was its network code, which created a lot of problems for the players in multiplayer. However, it seems that DICE has leaned from its mistakes, as an analysis of Battlefield 1 netcode of its alpha shows that DICE is taking the connectivity of the game very seriously.

The news comes from Battle(non)sense, who did the expert analysis of Battlefield 1 netcode, and also explained the implications of it in the online gaming. According to the analysis Battlefield 1 supports 60 Hz servers across all platforms, as it is no longer required to held it at 30 Hz for PS3 and Xbox 360.

It simply means that servers now should react quickly to actions on screen. In the Battlefield 1 netcode analysis, the analyst noted that 16 milliseconds between each tick is required to keep the gameplay optimal. However, the longest tick for Battlefield 1 was 11 milliseconds, which is a clear indication of the promising launch of the game.

It is important to note that Battlefield 1 netcode sends 48 percent more data back to servers compared to Batlefield 4. However, it may seem like a bad statistic but sometimes more data can ensure better multiplayer experience.

On the negative side of things, the longest lag recorded for Battlefield 1 was 103 ms with an average of 78. This is 20 percent more compared to Battlefield 4 under similar conditions, but the 60 Hz tick rate could potentially compensate for this shortcoming. Also the Battlefield 1 netcode is fa from optimized, so expect major improvements when the game is launched.

In related news, Battlefield 1 will not feature a Commander Mode. According to DICE’s General Manager, Patrick Bach, during World War 1 this kind of overview was not present.

Also the release window for the Battlefield 1 open beta has been revealed by Battlefield German community manager. He revealed that Battlefield 1 beta will start shortly after Gamescom 2016.

Battlefield 1 is a first person shooter developed by DICE, and will be published by Electronic arts for PC, Xbox One and PlayStation 4 on October 21.