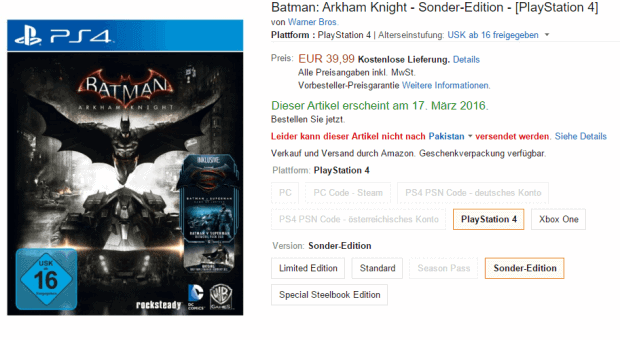 For a while we have heard rumors of something called Batman Arkham Knight Special Edition. Amazon Germany refers to its “Sonder Edition” and according to an updated listing, it will release on March 17.

Moreover, it looks like we are getting Batman vs Superman DLC along with.

The Sonder Edition is listed for PlayStation 4 and Xbox One. It will cost buyers EUR 39.99. In addition to Batman vs Superman DLC, the pack also includes Batgirl DLC.