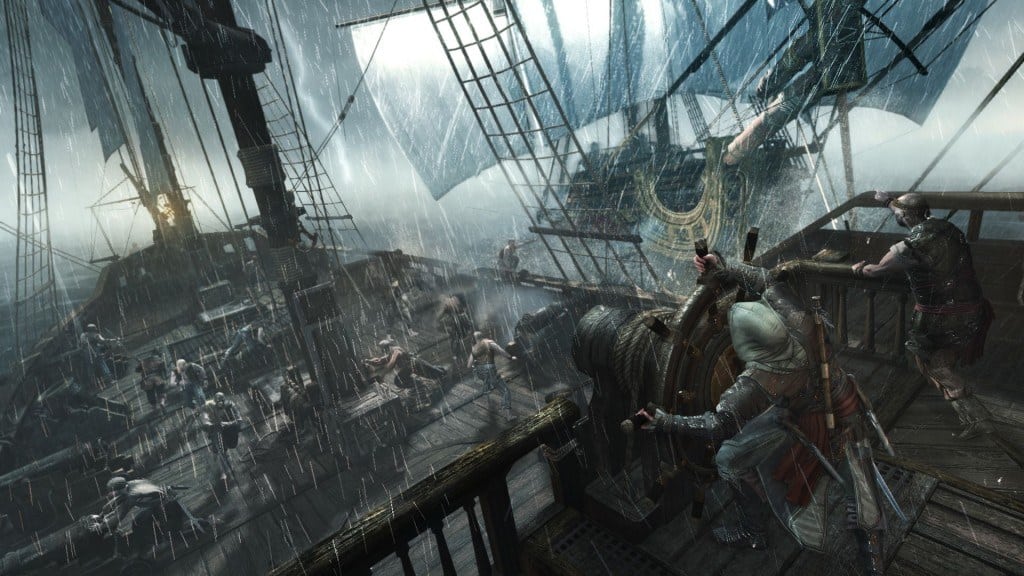 This time around, you are going to re-live Edward Kenway’s legacy in Assassin’s Creed 4: Black Flag. Being a Pirate Assassin sure is a cool idea and Ubisoft has executed it perfectly.

After the game’s release on consoles, PC users had to wait more before they could also relish the joys of sea battles. It’s a usual practice that developers adopt these days so that they can get sufficient time to port the game to PC.

Anyhow, the wait is over as Assassin’s Creed 4: Black Flag has been released to the PC community. Although the game looks great on PC, it has some minor issues that need some attention.

Most of them can be resolved using temporary fixes and workarounds. So if you are looking for a fix, I will recommend that your browse through the workarounds listed below:

#1 Assassin’s Creed 4 Resolution Problem
Some users (especially the bootcamp users) have reported that the interface is appearing blurry and they can’t read anything. First thing you should do is update your drivers as Nvidia has rolled out an update optimized for Assassin’s Creed 4.

If your drivers are up to date, you should try changing the native resolution of your desktop or try running the game in windowed mode. If the text is blurry for the MAC Bootcamp users, they should make the text size 100% from the desktop graphics settings.

#2 Assassin’s Creed 4 Launch Errors
Since it’s a Uplay based title, launch problems are expected. You can do a few things to launch AC4 properly:

#3 Assassin’s Creed 4 Screen Tearing Fix
There are chances that you might experience screen tearing on your machine even if you are meeting the recommended system requirements for the game. You can try a few tweaks to fix it.

#4 Assassin’s Creed 4 FPS Fix (Recommended for Nvidia Users)
If you experiencing FPS drops and you are using a Nvidia card, I will suggest that you use the following workaround:

If you are using a laptop, it’s recommended that you plug in your charger to experience better performance.

You need to find mp_ini file for Assassin’s Creed 4 in your documents. Delete the file and when you launch the game next time, a new one will be created and you will be able to play normally.

If you are using multi-monitors, you should try using the single screen to fix it. It’s not a permanent solution but that’s all you have got till Ubisoft patches it up officially.

#6 Assassin’s Creed 4 – Uplay Not Connecting Fix
It seems like that Uplay is not too friendly with proxy related configurations. If you can’t manage to connect the software, you should first try downloading a new copy from the official website.

If that doesn’t solve the problem for you, you should go to C:\Windows\System32\Drivers\etc and delete the files named as “hosts”. This should fix the issue.

#7 Assassin’s Creed 4 – Cannot Download Fix
If you aren’t able to start the download, there are a few things you should try:

First, make sure that your firewall/antivirus/security tools aren’t interfering with the downloading process. These tools may consider some Uplay files as a threat (they are false positives) and hence stopping the download.

Disable them momentarily to see if the download continues. You can then add an exception later on to make it work.

#8 Assassin’s Creed 4 Error – AC4BFSP.exe has Stopped Working
If you haven’t restarted Steam after downloading the game, I will recommend that you do that first. Make sure that you have up-to-date drivers for your GPU. After updating drivers, you must restart your PC to make the changes work. Verifying game files has also fixed the problem for some users.

#9 Assassin’s Creed 4 Sound Issue Fix
I am not sure that this fix will work for you or not but it has helped some people out there (also with the previous assassin’s creed games). So, here goes:

Try it and let us know in the comments whether it fixed the problem for you or not.