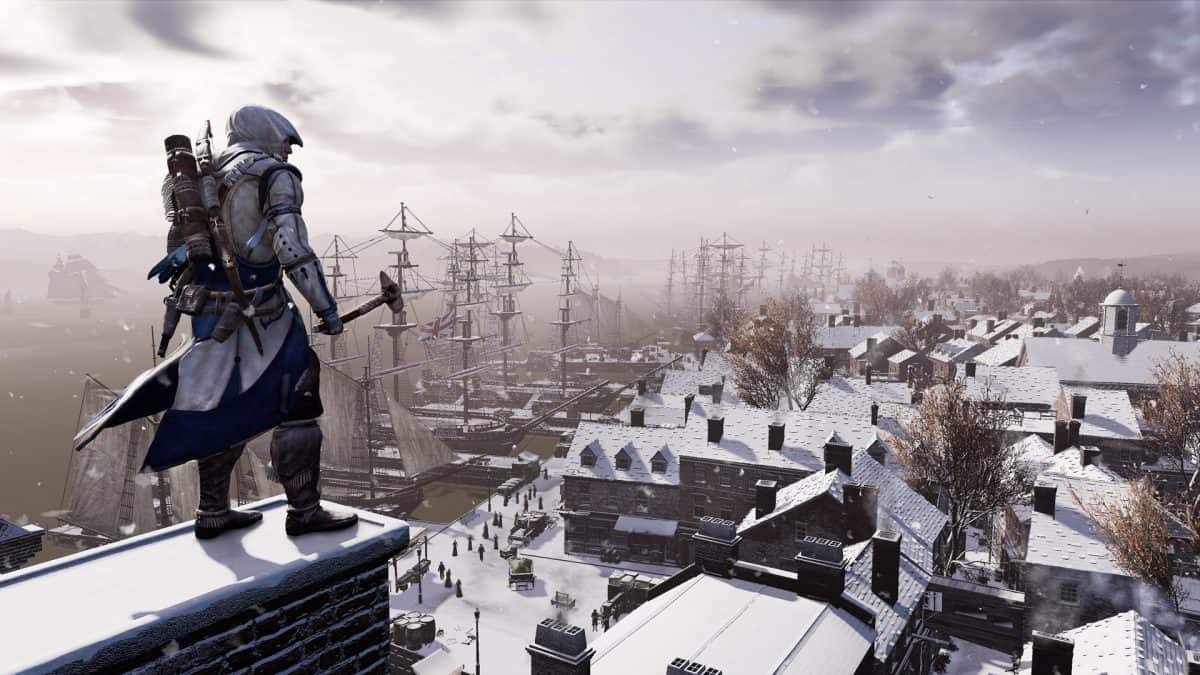 Progressing through Assassin’s Creed 3 doesn’t only mean assassinating a bunch of redcoats and taking down a few dozen ships while you’re at it. There are deeper gameplay systems at work here such as recruiting Artisans. This Assassin’s Creed 3 Artisans Leveling guide will focus on these NPCs to help you recruit and increase their abilities.

Crafting in AC3 has evolved greatly since Brotherhood and Revelations, so much that it has become a vital determiner of the ease with which you progress in the game.

Thus, it’s important to have your craftsman at your Homestead up and running, with levels soaring high so that they can create the best of the best things for you.

Sadly, the process of leveling your artisans isn’t as simple as it would be in any other game. Gathering artisans and leveling them requires you to do various Homestead missions, which are somewhat easier than the other type of side missions in the game.

However, what makes the process a little fragile is that it can be easy to ignore the available Homestead missions (some are scattered across the map, depicted with manor icons). This can actually render some of the artisans incapable of leveling up later, which can severely damage your crafting and items progression in the game.

The real deal starts from Sequence 5 when you meet Achilles. You’ll need to sequentially start off and plan your Artisan side missions from here onwards for every sequence. Again, if you miss a couple in between, chances are that your artisan won’t level up even if you go all the way to Sequence 12 itself.

Some side quests have prerequisites later, and cannot be unlocked or completed beforehand. If you wish to max out the levels of your artisans, consider following a sequence.

Sequence 5
Woodworkers, Farmers, Lumberers can be obtained during this sequence. Furthermore, your Lumberer can also be upgraded. Subsequent to completing the Lumberer’s event, go back to Achilles and you’ll be able to attain these guys after that.

As a lot of these missions are unavailable in winter, it’s best to acquire them during the summer, when the weather is clear. The Frontier will have the Farmer side quest.

Sequence 6
The ‘Encyclopedia of the Common Man’ side quest can be started by talking to Achilles Davenport in sequence 6 (don’t complete it within this sequence). Try to level up the Lumberer to level 3 and also level up the Farmer, MIner and Huntress. Remember to level them up in the summer and before sequence six ends. You can find ‘The Miner’ sidequest in Boston.

Sequence 7
One thing to remember with sequence 7 is that for your artisans to progress in this sequence, you’ll have to start the Encyclopedia of the Common Man sidequest in sequence 6 and NOT complete it within that sequence.

After finishing Achille’s side quest, level up your Miners, Lumberers even more, and also level up your Farmers by two levels (3 and 4). You can also get the Innkeepers int sequence 7.

Sequence 8
You can’t do much with the artisans in this sequence. Just acquire the Blacksmith in the Frontier (during the summer) and level up your Miner.

Sequence 9
Contrary to the last sequence, you can do a lot with the artisans in this one. You’ll be able to obtain the Tailor in New York, Doctor, Priest, Blacksmith (Level 2 – NY), Huntress and Woodworker (Boston).

You can also get your Tailor leveled up twice, and the Blacksmith and Priest leveled up in Boston.

Sequence 10
The Blacksmith, Doctor, and Woodworker (Boston) can be leveled up in sequence 10.

Sequence 11
In Sequence 11, the Doctor can be leveled up to level 3.

Found something? Tell us by commenting below!