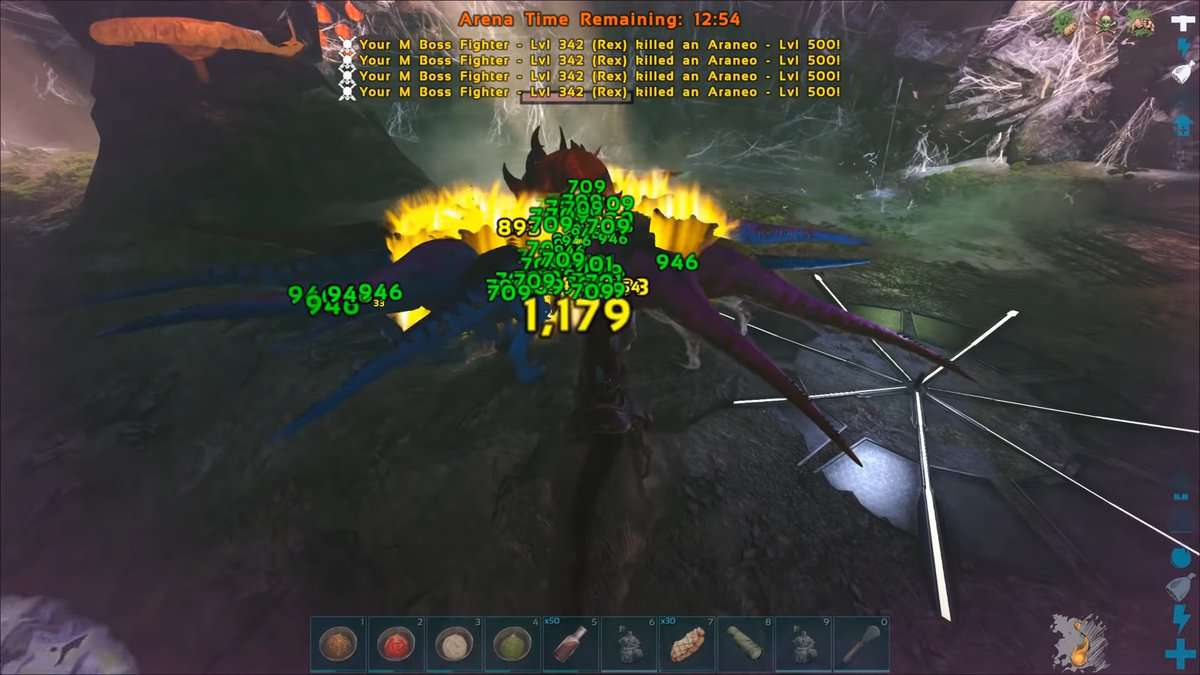 The Broodmother is one of the many bosses that you’ll face in Ark Survival Evolved.  Defeating this boss can be a bit tricky since this boss can fire webs at you. This guide has all the details which will help you defeat this boss with ease along with some dino recommendations for the fight.

Where is the Broodmother Boss Location in Ark Survival Evolved

The Broodmother boss in Ark Survival Evolved can be found in the Broodmother Arena. There are a couple of ways to locate this arena. The first is with the help of Green Obelisk and the second way is through supply crates.

The Broodmother Lysrix can cause permanent damage to players and mounts, and it spawns Araneo as minions. If you bring the right tames and gear, you can beat it easily.

The most common strategy for fighting a Broodmother in Ark Survival Evolved is to signal all of the dinos to attack her. Ensure everyone is on their dinos and saddled up before you do this. Tames and saddles are crucial to your success in this boss fight. Even though firearms are unlikely to be used, they should be brought in just in case.

Best dinos to use against broodmother

Bringing a Yutyrannus into any arena is a great idea because it is a valuable mount for boss fights thanks to its high stats and courage roar.

Since Megatherium damages insects more than other mounts, you are probably best off bringing several to a Broodmother fight.

Due to the water in the arena, a few Spinosaurus could also be useful.

Shadowmanes can also be used for the mate boost roar, since they’re smaller and will fit better on the platform.