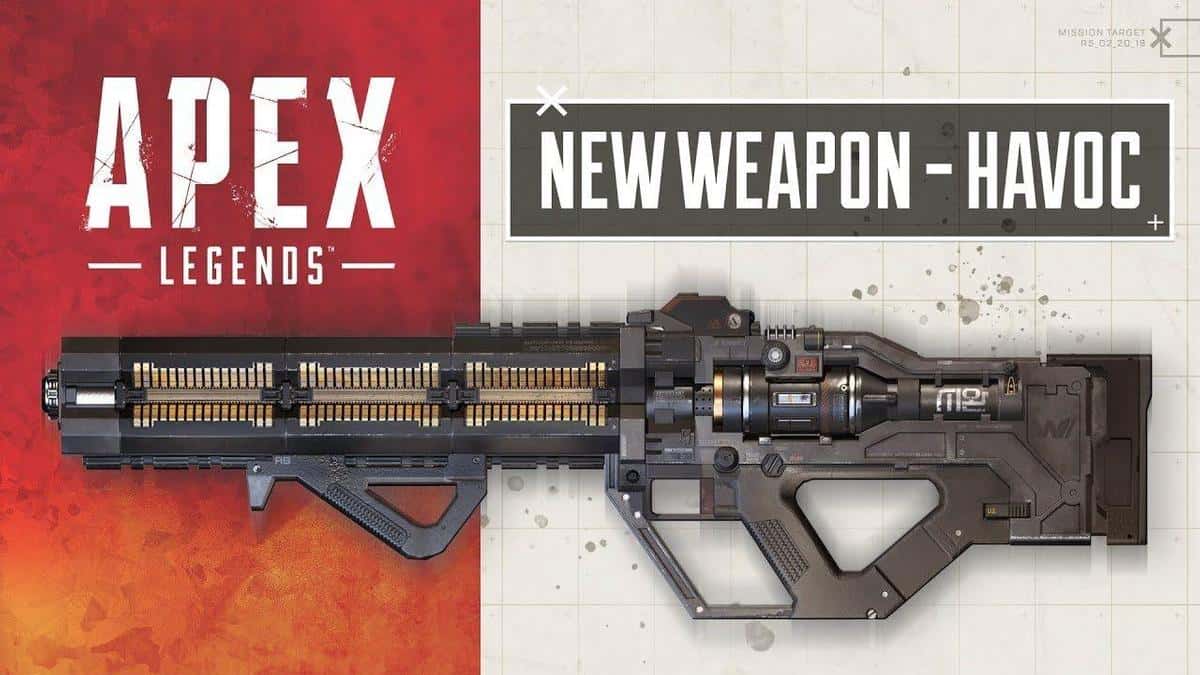 With the help of our Apex Legends Havoc Weapon Guide, you will be able to learn all about finding Havoc, best loadouts, and some tips to help you.

The latest addition has been made in Apex Legend, Havoc Assault Rifle. The gun is the only gun that has been released since the start of the game. Available for all players on whatever platform, the Havoc is a refreshing update.

Turbocharger
Turbocharger reduces the charging time for Havoc. Havoc has a wind-up but Turbocharger helps to remove it. It takes Havoc almost half of a second to start firing on your enemies, though the firing rate is similar to all the other guns in the game.

Selectfire Receiver
This allows Havoc to switch to a single-shot mode. Putting a Selectfire Receiver on Havoc makes it the only hitscan weapon in Apex Legends. You are not accounted for bullets while using it but it takes up to 5 Energy Ammo in each shot.

Also the half a second pause between firing it on your enemy makes it harder to shoot on your target. However, the problem can be easily overcome by some practice.

Magazine Slot
The gun does not possess a magazine slot hence the size cannot be upgraded. The actual mag size for the gun us up to 25. The size is enough but other than this, the gun is totally relying on the hop-ups.

The hop-ups can be very useful while playing with Havoc but you cannot rely on them totally. You should be practiced enough to take down an enemy without them.

You can also finish all you rounds in no item so carrying a second weapon with you at all times will benefit you.

Searching for the weapon in supply drops will be useless as the weapon will be mostly present in high tier loot areas.

While testing out the guns we deduced that the spray pattern of Havoc is like Hemlock or Spitfire. 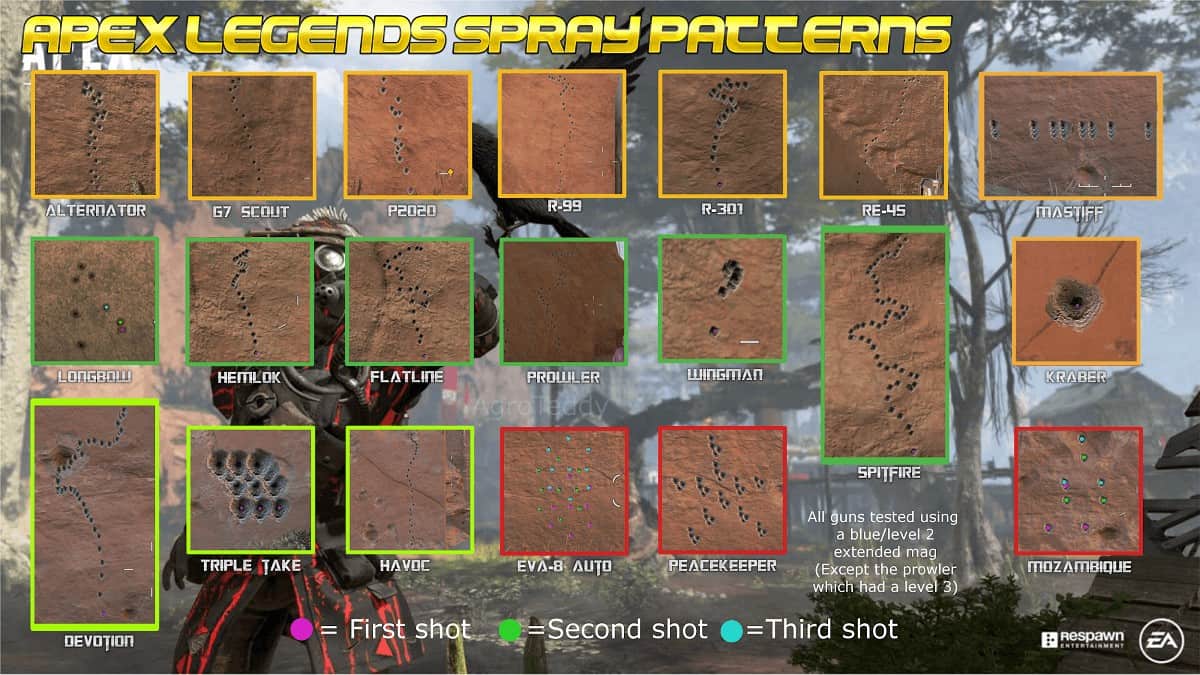 If you look at t picture above, you will see that will firing with Havoc the movement is almost all vertical. The recoil of the gun stops at the almost end though.

So while shooting with the gun, players should keep in mind that the gun will shoot in the intended area during the last shots.

The grip on this will only be achieved by practicing with the Rifle in your free time. Shoot at objects and see the holes that will tell you about the movement of the gun.

The time to kill (TTK) of Havoc has been proven out to be better than Spitfire.

TTK increased as the Level of armor increases so killing an enemy with no helmet or a helmet with lower level would be easier than killing him with a higher-level helmet.

It can take a good amount of your magazine size almost a half round had so better fill yourself up with Hop-ups and Energy Ammo.