Anthem Story Mode Will Expand for Years to Come: BioWare 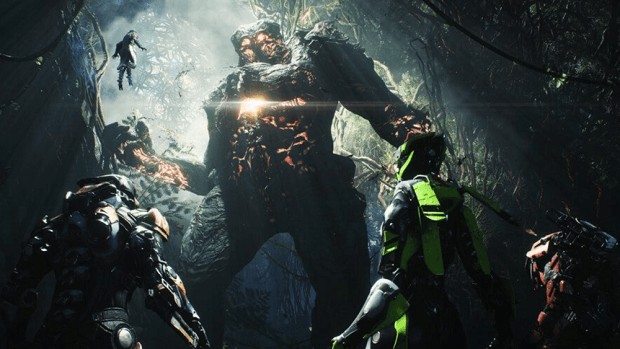 Anthem story mode is going to be expanded for years to come, according to BioWare. The story remains a concern for the community due to BioWare’s treatment of Mass Effect and the multiplayer focus of Anthem.

However, the developer plans to fully support the game’s single-player story mode for years to come. According to Mark Durrah, just because developers are focusing on squad-based missions in co-op multiplayer, doesn’t mean they are stepping away from what the team is best at, storytelling.

The goal here is to make sure the player feels an emotional connection, a relevance in the story.

A great story for Bioware is really about characters you can have a connection with, choices you get to make, and feeling like the story is about you.

There are still classic feeling BioWare characters to interact and build relationships with. However, unlike Mass Effect and Dragon Age, Anthem’s DNA doesn’t accommodate romantic relationships.

You can interact with your crew before you strap on the suit and head out or take on character missions after interacting with an NPC. Anthem is a type of game BioWare has never done before.

We’re able to combine that impact an agency of a single-player story, with the fun of teaming up with your friends to play co-op. we’ve designed Anthem in a way where we can actually add more story for years to come.

While BioWare plans to support Anthem story mode for years to come, it is safe to say it depends on how well the game is received. Similar claims were made when Andromeda was being marketed but in the end, they canceled its story DLC and moved on to Anthem.

Mark Durrah later admitted that Mass Effect Andromeda had its flaws but he placed some blame on reviewers.

The review environment was crowded. Nier, Nioh, Horizon, and Zelda all launched in MEAs window. Each does something better than MEA (again, a flawed game). As a result, even systems that are pretty decent get scrutinized against superiorly implemented ones. Does launching in a different window turn 72% into 90? Certainly not. 72 into 77/78? Maybe.