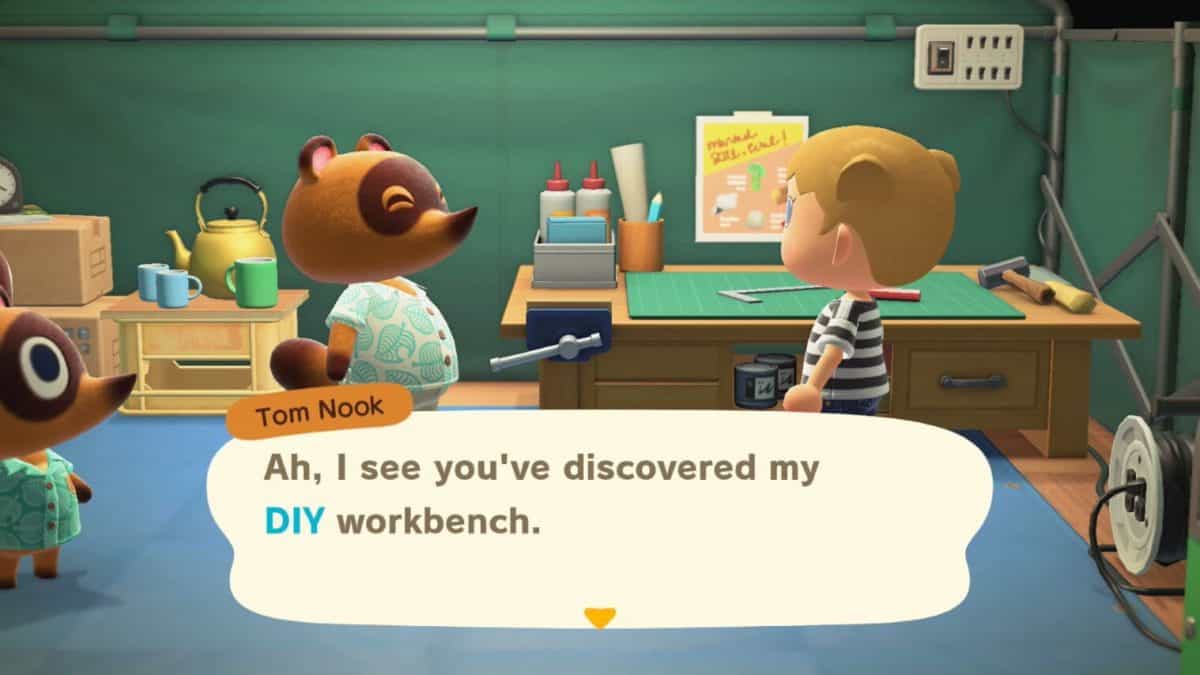 This Animal Crossing New Horizons DIY Crafting guide is about how to craft in the game, DIY recipes list, how to attain the recipes and crafting materials. Being able to craft stuff yourself instead of having to buy it will save you a ton of Bells in the long run.

After reaching the island, DIY workshops will be announced by Tom Nook which you can attend. Attending these workshops will help you learn the basics of DIY crafting.

While progressing in the game you will also be able to learn how to customize your DIY crafts.

For DIY crafting you will have to collect materials too due to which a new game mechanic has been added which is gathering crafting materials.

You can acquire wood or stone by cutting down the trees or hitting the stones. These attained materials can be used for DIY crafting.

Let us have a look at all three mentioned procedures one by one.

Learn DIY recipes
The first step is that you need to learn the DIY recipes after which the can be added into your recipes list. You will need to open up your inventory and select the recipe manually in order to learn them.

DIY recipes can also be bought from Resident Services or can be redeemed from the Nook Stop terminal with Nook Miles.

Also there is a new tool called Nook Phone which allows you easily to get access to the new mechanics in the game. Through you this you can also check DIY recipes.

Gather Materials
You will need to check the requirements of crafting the materials after you have learned the DIY recipes. A variety of materials can be obtained from the island like stone, wood, etc. from the available sources like tress and rocks.

Craft at Workbench
After you have gathered the materials and learned the DIY recipe, head towards workbench and craft the item which you want to. After a short cinematization, the crafted item will appear in your inventory.

Items can also be crafted in the simple DIY workbench that you build yourself. It can be placed anywhere on the island making it easier for you to create workspace.

Any new recipes found will be consistently updated in this guide. Stay tuned.