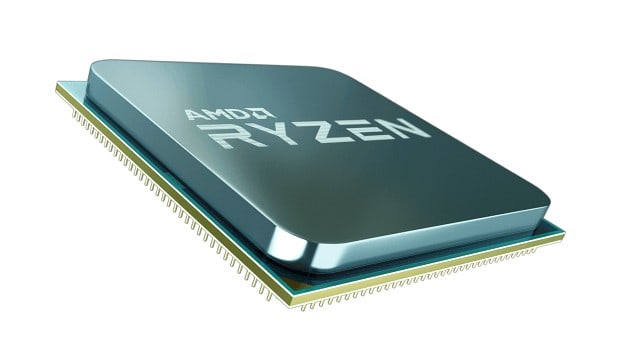 AMD Ryzen caused quite splash in the CPU market and since have been giving Intel tough time. This continued with 2nd-gen AMD Ryzen CPUs and Ryzen CPUs have again dominated the month of November and has sold more than double the amount of Intel CPUs.

According to stats revealed by German eTailer Mindfactory, AMD Ryzen dominated the CPU market for the month of November with Ryzen 5 2600 leading. You can see the stats in the images below.

Not only that, you can clearly see that AMD sold over double the number of CPUs compared to Intel. Furthermore, of all the AMD CPUs sold, AMD’s Pinnacle Ridge-based CPUs amount for 68%. 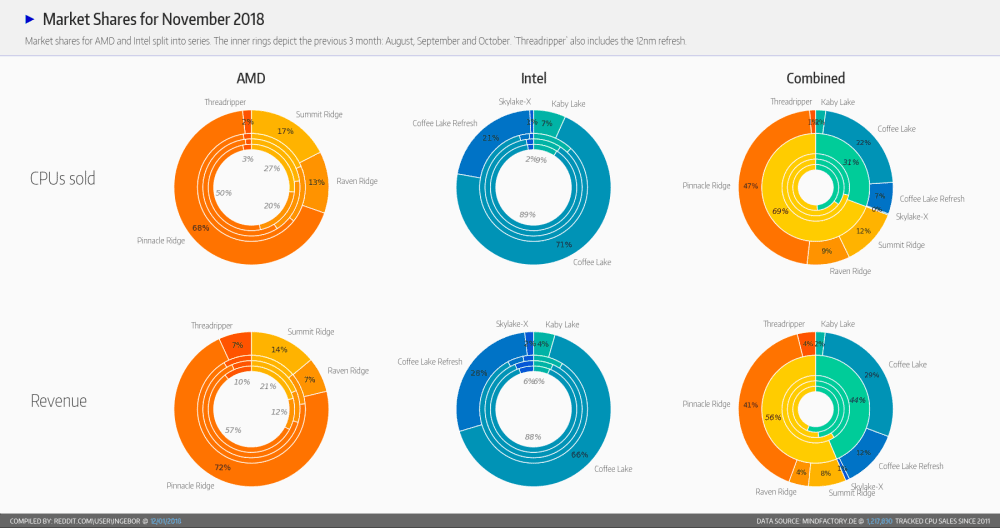 AMD Summit Ridge CPUs amount for 17%, Raven Ridge 13%, and Threadripper accounted for just 2% of all of the AMD CPUs sold in November.

As for Intel, Cofee Lake CPUs amounted for 71% of the CPUs sold. Intel Coffee Lake refresh amounted for 21%, Kaby Lake 7% and Slylake-X accounted for just 2%. Intel Core i7-8700K is the top-selling Intel CPU for November 2018.

Furthermore, while Ryzen 2600 is on top in terms of units sold but, Ryzen 7 2700X brought in the most revenue compared to other AMD Ryzen CPUs. As for how much revenue, it is unknown.

Also, AMD Ryzen dominates in terms of CPUs sold but, this gap is very close in terms of revenue. According to stats, Intel amounted for 44% of CPU revenue for the month of November.

AMD CPUs, on the other hand, amounted for 56% of the overall CPU revenue for the month of November. This indicates that while AMD Ryzen is dominating but, things aren’t as grim for Intel.

One possible reason for the revenue gap being so close could be because of the lower prices for AMD Ryzen.

AMD Chips have just started to take CPU market share in recent years. However, AMD has dominated the console market with its Jaguar CPUs for Xbox One and PS4.

Not only that, AMD Ryzen powered Steam Handheld, SMACH Z, is also coming in early 2019. The steam handheld is powered by Ryzen V1605B with Radeon Vega 8 Graphics.

This does indicate that PS4 and Xbox Scarlett will most likely release in 2020. Lisa added that “we feel very comfortable with our semi-custom customers” This also falls in line with the rumor that PlayStation 5 features an 8-core AMD Ryzen CPU.