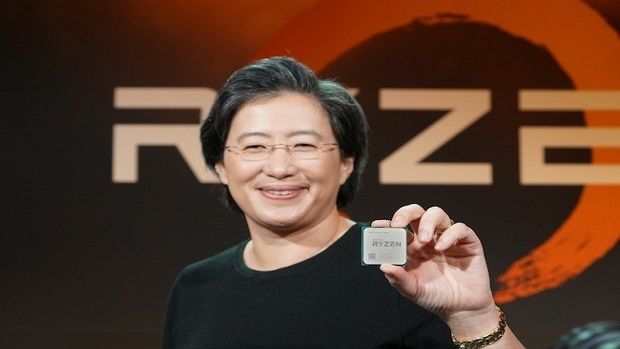 AMD Ryzen has been the highlight of 2017 and has the Zen architecture based products have got a couple awards. Having that said, 2017 is just the start and you can expect to see more from AMD in 2018. You can check out the CES 2018 announcements that were made by AMD here and you can also check out AMD Vega mobile here.

AMD Ryzen is great value for money as compared to the competition and AMD is the reason why Intel has upped its game and has introduced more cores and threads into the mainstream lineup. While that might be the case, AMD Ryzen still offers 8 cores and 16 threads which is incredible if you keep the price point in mind.

This is something that AMD CEO Lisa Su talked about as well. The following is what she had to say in this regard:

“Our goal is to make sure that we provide step-function improvements for our customers. If you look at our Ryzen product line, for example, at every price point we offer more threads, more multithreaded performance.”

It is no secret and Lisa Su has said time and time again that the company loves PC gaming and that is what we want to hear. Having that said you should check out the 7nm process based Vega refresh as well AMD Navi that has been announced recently.

Future mobile-based products will also be coming to the market in 2018 and we already have some on the market as of writing this article. It is safe to say that AMD has been a disruptive force in the CPU market and while the same cannot be said about AMD Vega, I am sure that the company will make things better with AMD Navi.

“The idea that you can game in your mainstream notebook was really important to us with our new mobile processor. We’re absolutely focused on bringing a new level of performance for the end user.”

If you are planned to switch to an AMD processor then you can check out our article on why now is the best time to do so. There have been a couple of advancements in VR and AR and companies are trying to get a share of the AR market in one way or another. Apple seems to be interested in getting a piece of the pie as well.

“What has held [VR] back a little bit or kept it from what’s called more ‘mainstream’ is just how do we get the experience good enough — the good enough experience inferring that you’re getting the full immersive experience without any side effects,”

Lisa Su still has high hopes for VR and AR and thinks that it could be one of the driving forces for the company. While that is something that we will have to see in the future, it is nice to see that companies have not given up on VR just yet.

“Once we get wireless headsets out there, I do believe VR … not just AR … can be a driver for us over the next few years,”

Let us know what you think about AMD Ryzen and whether or not you are interested in buying one of these chips for your build this year.