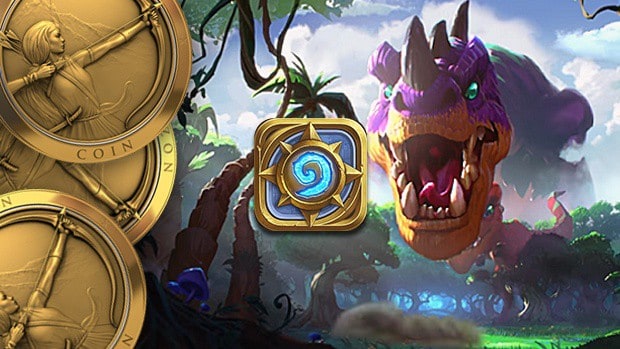 According to the official listing, Journey to Un’Goro is scheduled to launch on April 6. While the description doesn’t explicitly state the date, it does mention that pre-orders will end “at 11:59 p.m. (PT) 4/5/17.” The only point at which users cannot pre-order an item is when it officially releases. Hence, the April 6 date.

In addition, Amazon is offering 500 Amazon Coins for free if you pre-order the new Hearthstone expansion through the retailer’s page.

Amazon Coins are a form of digital currency (100 Coins = $1) that can be spent in the Amazon Appstore to purchase Android apps and games, as well as avail discounts for various items. For Hearthstone players who regularly shop on Amazon, the pre-order incentive holds great attraction.

Previously, Blizzard stated that Journey to Un’Goro will release early next month. Unless the developer decides to push the expansion by a couple of weeks, the release date mentioned in the Amazon listing is probably legitimate.

Note that Amazon Prime subscribers are entitled to a 5 percent discount on the expansion. Pre-ordering Journey to Un’Goro will net you ten additional card packs and a new card back. That stands for a lot of value for a slashed price tag.

Last week, the developer announced that it would be increasing the pricing of Hearthstone purchases for Europe later this month. However, the increased pricing will not affect the pre-orders of Journey to Un’Goro. It should be noted that once the expansion is released, its pricing will be updated in the store to reflect the new changes.