Spoilers: Alan Wake’s Return is Hiding Inside a TV in Quantum Break 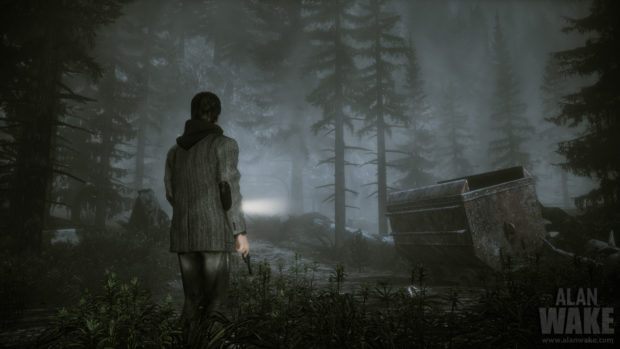 Alan Wake is one of the most critically acclaimed games on Xbox 360. It was developed by Remedy Entertainment, the same studio now working on Quantum Break for Xbox One and PC.

We already know that there are a handful on Alan Wake easter eggs in Quantum Break. However, did you know that Alan Wake himself will appear in the game? Well…sort of.

According to a report by Polygon, during an early section of the game players can interact with a Tv. This will trigger a live-action cutscene based on Alan Wake series.

Some are speculating that this is Remedy hinting at a possible return of Alan Wake. From this point forward, there are spoilers for dialogues used in the video. You have been warned!

The live-action trailer uses wordings like “He’s been gone for five years” and Alan’s iconic dialogue “It’s not a lake. It’s an ocean.”

Alan Wake’s voice: Dark matter and dark energy constitute over 95 percent of our universe.
Alan Wake again: We’re just a speck of light floating in an endless ocean of darkness.

We see dark forests, The Clicker, and an unconscious Alan Wake in the beginning. At the end of it all, a title card shows the word “RETURN.” Long time fans would remember that this is the name used for Alan’s collectible manuscript from Alan Wake’s American Nightmare.

Quantum Break is little over a month away now, so we have to wait until we get our hands on the game itself to see what this is all about.